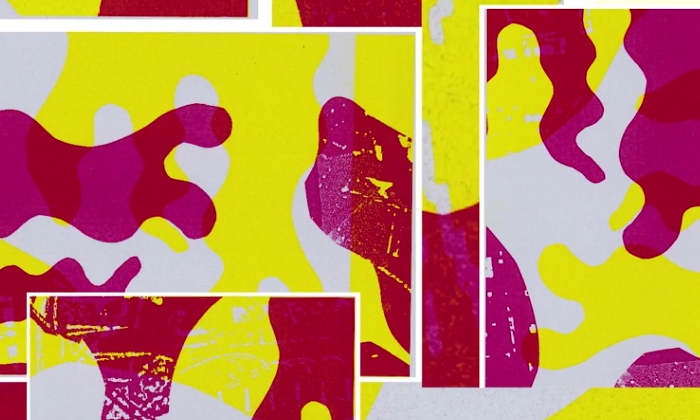 “I’m Gonna Build a Better Me”

Perhaps the most anticipated album in Phoenix music history is the forthcoming Before the Intervention Ruined Everything by the Breakup Society and “I’m Gonna Build a Better Me” is one of the singles from that release. The band has been slowly trickling out tracks to fans, like this brooding, alt pop  gem about being the best version of one’s self… for love, of course. And, “I’m Gonna Build a Better Me” had a timely release on January 2nd, just when those New Year’s resolutions were really kicking into full swing for a lot of us. Well, some of us. Let’s hope the Breakup Society resolved to finally unleash Before the Intervention Ruined Everything on fans in 2020.

I’ve always enjoyed the barely controlled chaos of Soft Shoulder, the no-wave, post-punk band brought to you by James Fella of Gilgongo Records, even if my tastes tend to serve to the more accessible side of the experimental listening pool. Soft Shoulder approaches the listener in unfolding waves of undulating distortion. “Thin Red Straw (Move a New Way)” does the same thing, but in a slightly more structured way which I have to admit, I really, really, really like. Of course, at live shows I still expect Soft Shoulder to try and dissolve my mind in a seas of shifting sounds, but for this new 7″ from the band, the change up has me reaching for the repeat button. Like, a lot. James Fella and Michael Castaneda made this cool lyric video for “Thin Red Straw” so make sure you check it out here.

jxss (pronounced “jess”) makes distortion-heavy, high-energy, lo-fi bedroom pop. Read that last sentence as many times as you need to or just hit play on “crooks” below. This new single is everything I want right now. Anxious and cathartic. Shaggy layers and lo-fi. Airy vocals and gritty lyrics. jxss just released her debut EP in November and then immediately followed it up with this single in December. Who knows what this coming year will bring? You should like/follow to try and keep up.

The rocknroll of the 90s will always hold a special place in my heart and I’m sure the players of Mill’s End can say the same. “A Peaceful Gathering” has that timeless feel. It could be a rock song from almost any era after the roots rock movement of the 1970s, but there’s definitely a 90s slant to it. And why not? Nineties Rock seems to me like the new Classic Rock and few hold to it like Mill’s End. This protest song carries a powerful message that you can hear in the song’s delivery, but for locals, the message might further resonate. “A Peaceful Gathering” was inspired by the “Red for Ed” movement which saw thousands of educators and their supporters mobilized to march on the Arizona State Capital to demand higher pay.

This new single from the English Budgies put a fun spin on depression in combining insolent lyrics with vibrant, punk-tinged indie rock. “Do Your Worst” has the power to pick you up when you’re feeling beat down. Turns out, Jen and Joe Vickrey, the multi-instrumental musical pairing that behind the band, do not actually live in England, but in Utah – our friendly neighbor to the north. According to Joe Vickrey, “I wrote this during a time where I was trying to get things going for me, and absolutely nothing was happening for me.” Now that sorta feels like the very nature of ambition and the struggle I face every time I get out of bed so, basically, I’m really feeling the anthemic power of the chorus on this track,  “Do your worst. Kick me where it hurts.”