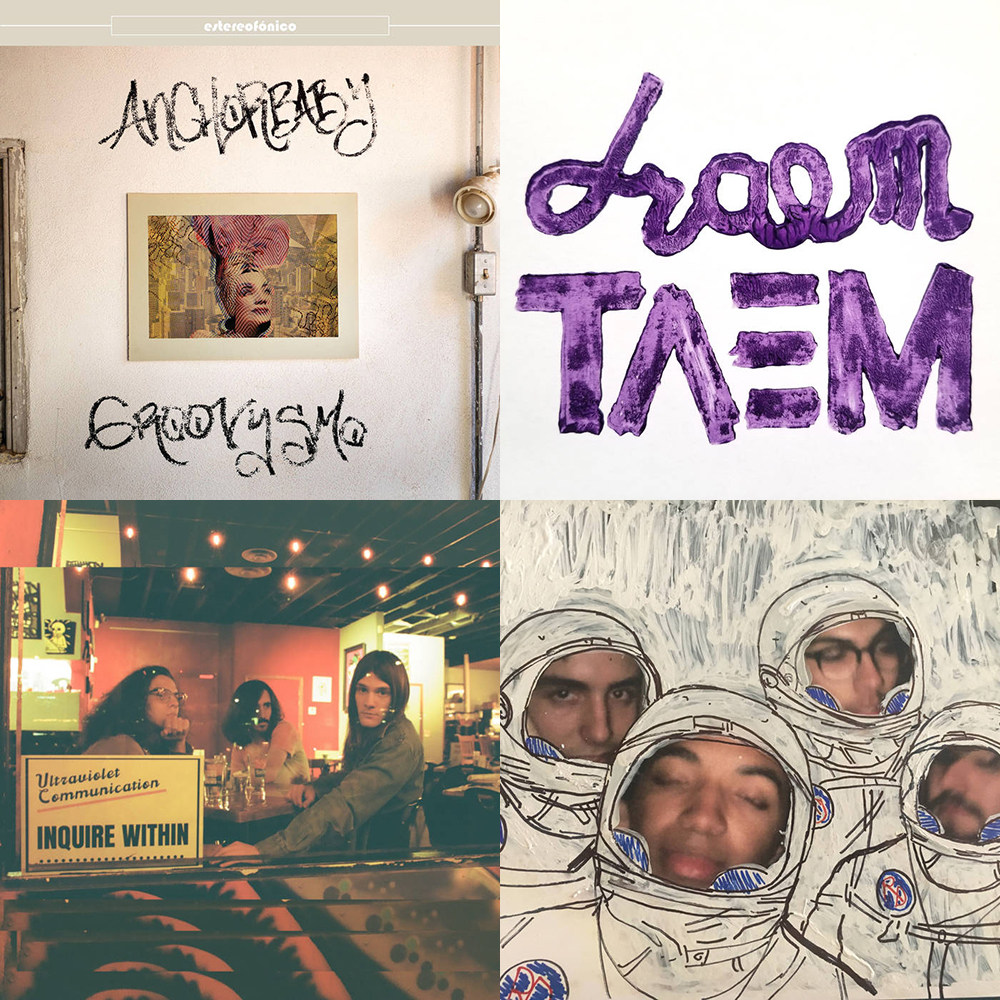 This new Tucson act puts “a Borderlands slant on a Zombies sound” and includes members of Lenguas Largas – including Ricky Shimo at the helm of Anchorbaby. That’s a win-win in our book. Check out their May 2019 release and make plans to catch them live in 2020!

Tempe’s Draem Taem “walks a hard rock line with an extra splash of goth” and, frankly, we can’t get enough. Which is why we’re hoping the band expands their musical offerings in 2020 beyond their delightfully dark debut EP which came out in October last year.

This band of Tucson teens released their debut LP, Self-Titled, in 2019 and they’re tearing into 2020 with a new single right out the gate. Rough Draft offers emotive punk rock with introspective lyrics and enough angst to raze a building. Sign us up.

UVC, aka Ultraviolet Communication, is a Phoenix alt-rock trio that have been gearing up for the release of a new album which is ready to drop later this very month. And we think that’s pretty awesome. Get ready for Capacity For Illusion and everything else that the new year holds for this new band on the rise.

Tempe’s BOYCOTT! released their debut album in September of 2019 (and you can hear it on Spotify) after making their debut the year before so who only knows what 2020 holds. Let’s hope it includes a bunch of live shows in support of Pansy and new music in the works!

This art-folk / fuzz-pop act shows tremendous promise on their debut album from August of 2019: the spaceship of love slowing down in flight. But, the band seems hesitant to reveal much else. From an unsearchable band name to an apparent aversion to social media, Topanga Breakfast is holding out on everything but the music. Let’s hope there’s more to come.

This 3-piece from Mesa hit the scene in 2018, but last year, fans got two EPs from the band. According to, well, us, “Blu Joy really takes some of the best of retro rocknroll and gives it a new, relaxed feel.” So we’d like more Blu Joy. More shows. More music.

The emo-rap of The God Samaritan caught our attention this past year and we’re ready for more. So bring it.

Sore Eyes released the EP, Songs that were Supposed to Work, in 2019 after his 2018 LP, It’s a Party, Why Not?, so one can only assume that Sam Etling, the songwriter behind the project, is quite prolific. That bodes well for fans in 2020 because we now need a constant drip of new tracks for consumption or we get twitchy.

The Doyénne has been releasing music for several years now, but it is an ever-evolving process – musically, emotionally, spiritually – so I would argue that he is still emerging and in the process of assuming final form. Maybe the truest artists never fully form but are the ones always refining. THE GESTALT, the 2019 release from The Doyénne, is just one more step on the path to the full artistic awakening we’ve been invited to be a part of.

This Tempe quintet first caught our attention with their December 2018 three-track debut release called Dressing Room. And last year this “punk-hearted” band’s been busy with live shows and a few new singles. We don’t know what’s coming next but we know you probably want to be here for it.

This super new PHX band released their debut single and signed with local label 80/20 Records. That’s a busy formation year and, rumor has it, the band has dipped into the studio twice, but we only have one single to show for it. Sooo maybe we’ll be hearing more from Turn Zero in 2020. Let’s hope so.

Twenty-eighteen saw the kickoff of Juniper Ridge with a two-track single. Last year, we got a four-song EP that was “written and recorded over the span of a week at a cabin in Show Low, AZ.” Maybe this trend will continue through 2020 and fans of this emerging local songwriter will get eight songs this year. We’re all about it.

14. The Maybe Next Years

The Tempe punk rock trio known as The Maybe Next Years released a few singles last year and played a ton of gigs and they show no signs of slowing down as we breeze into 2020. In fact, they dropped a brand new single already this year and more rowdy music in the works.  Just try and keep up with The Maybe Next Years.

This Tucson queerpop artist was born in Mexico City and raised in the dividing deserts. These experiences inform the art of Flor de Nopal and the emo synthpop that results is both complex and dance-able. That’s something worth knowing about so you should be paying attention.

The Walnuts is but one nut from Arizona writing anxious songs for the indie-folk-punk fans and providing interactive audience experiences. Now, we’re not 100% what this “interactive” element might be, but it’s on our bucket list for 2020 to find out. You should do the same if you haven’t already.

The first spark of life that was to become Thee Bad Janets happened at a charity event for Girls Rock! Phoenix on International Women’s Day. Now, if that doesn’t sound like the start of something special, something we should all know about, I don’t know what does. And, the lineup includes a stellar cast of “Janets” who have cut their teeth in other acts like The Venomous Pinks, Scorpion Vs. Tarantula, Nunzilla, The Linoleums, The Cosmeticators, and a whole lot more so Thee Bad Janets is really more of a super group than just an emerging act of new artists stepping into the music scene for the first time. Catch them live in 2020 as you’ve got quite a few chances coming up…

This Phoenix-based songwriter has been crafting songs for (at least) a few years, but 2019 saw their reemergence with the release of the single and music video for “Dead Inside”. Rae Lydia, it would seem, has been working on a musical glow up so let’s hope the velocity continues in 2020!

19. Daphne and the Glitches

We caught Daphne and the Glitches at KWSS‘s Guilty Pleasures show and the band gave a stellar performance, despite being one of the relative newcomers taking the stage that night. The band’s glam rock tendencies made them the perfect fit for one of Dani Cutler’s Guilty Pleasures shows and immediately made them an audience favorite. So… now we need some tunes we can take home with us. Let’s hope that happens this year. 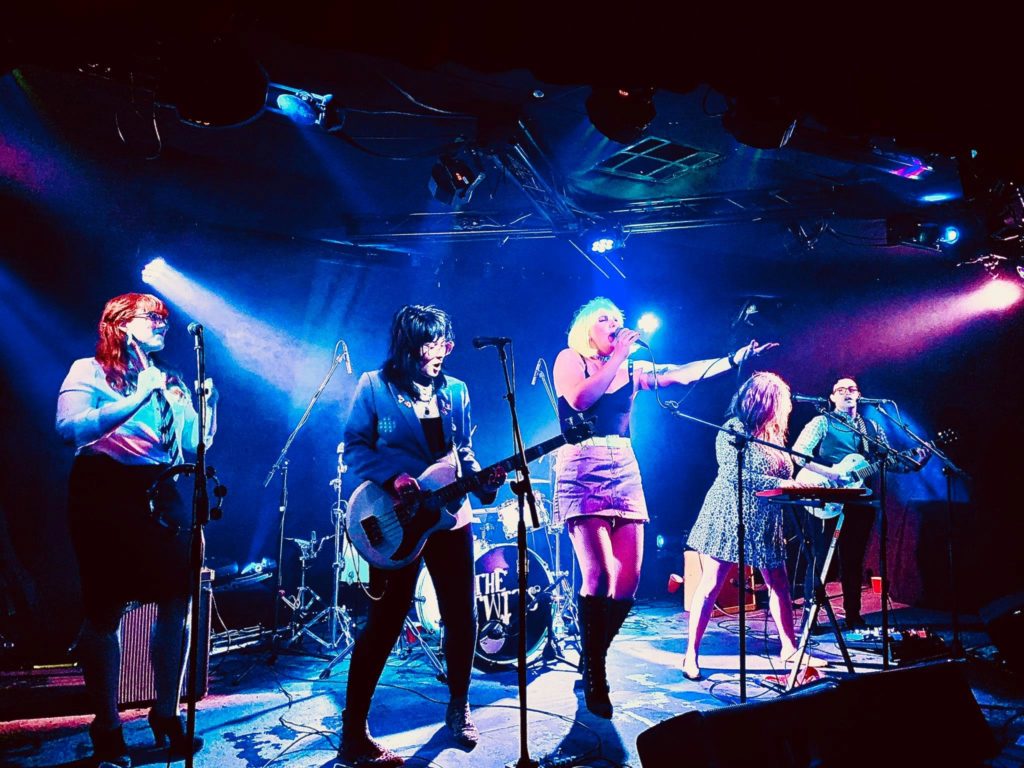 20. New Guinea Pigs on the Block

Okay, so maybe it’s a dumb name, but let’s be honest, a lot of bands have dumb names. The important thing is that this band has some hard rocking players that are to be taken seriously. And, in spite of their recent formation and total lack of recorded music, the New Guinea Pigs have been keeping a hectic live performance schedule seemingly since their inception last autumn. That might have something to do with the members of this band who are all tried-and-true players from other acts, including Shovel, US Depressed, Skink, and more. Check ’em out live – you’ll definitely have a chance this year.