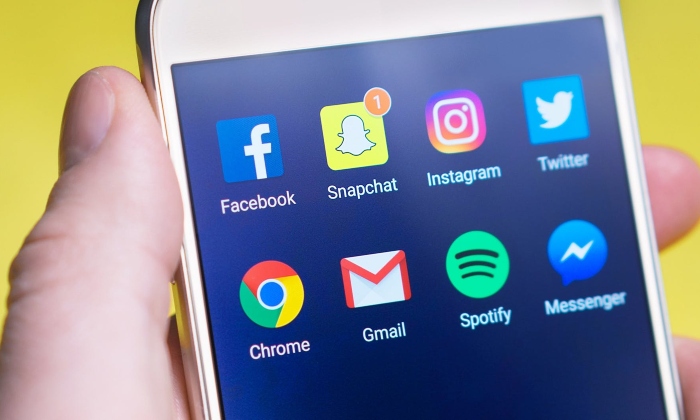 More than one of the youngsters here at YabYum has made fun of me for still using Facebook. And, although I regularly use the platform, I have noticed more and more musicians are opting out of Facebook or social media entirely. Now, as a music blogger, that kinda sucks. Social media has made it a lot easier for me to maintain connections with artists both near and far, but I definitely understand the shift away from Facebook. I mean, we have unresolved privacy concerns, rampant comparison depression, a greater sense of disconnection IRL, and of course, there’s that whole Russia-picked-our-president thing. Not to mention, Facebook is run by an ethical void posing as a guy named Mark.

All I’m saying is, I fucking get it.

Now, I’m a big proponent of “All things in moderation,” so I try to limit my social media time. Placing limits helps me utilize social media as a tool for not only promoting projects I’m working on, but also as a way to maintain connections with long-distance friends and other people in the local arts community without falling into a mindless scrolling pit.

But there are those who still insist on a hard pass when it comes to Facebook or other social media avenues. This can present challenges for artists and musicians who have come to rely on social media as a means to reaching new audiences or promoting their own endeavors. But there’s hope. As a writer who predates social media, I can tell you that even if social media collapses entirely tomorrow, there are still ways to get the word out about your band. And, with the help of members from the local music community, I’ve gathered some of those options in a concise list to help alleviate your panic.

If you’re in a band, this is probably something you’re already doing (I hope). Digital flyers for events have become a pretty normal practice for most 21st Century bands, but most folx seem to skip some steps that were pretty popular before the advent of social media. Like, printing those flyers and then actually flyering. This means you take your printed posters or flyers and then hang them up around town.

Where should you hang them? Good question. Record stores, coffee shops, the venue you plan on playing, college campuses. Basically, any place that will allow you to post up a flyer. Some places even have community boards to encourage people to post up announcements and the like. ASU has quite a lot, as do many bookstores. There are even some public spots in Downtown Phoenix and Mesa.

Flyering cars in parking lots is also a popular practice from back in the day. Now, you’ll want to make sure you can *legally* distribute flyers at said location (maybe). Some venues might frown upon musicians flyering cars for shows at other locations just as some business owners might not take kindly to outside solicitation… even for art’s sake. Be smart (or quick) about where you flyer.

Many musicians are heavy-handed when it comes to giving out band merch. Now, I know we all want to get paid, but if you’re endgame is to gather more fans for your band, this is something to consider. Mike of Burgandy Jurk swears by stickers. He hands them out lavishly to people at shows or events. It helps people hearing the band for the first time remember their name. It might lead them to look up their music. And, the goodwill of a free sticker or button sometimes is enough to spark some initial interest from a potential fan.

Now, not all band merch needs to be handed out for free to incentivize new listeners. Selling stickers, buttons, t-shirts, and assorted other promotional items can serve a two-fold purpose. It can generate money for the artist or band AND, when fans sport their new branded merch, they become walking advertisements to help spread the word a little farther.

Some of us might have jobs that require us to network with other people in business communities. The same practices are often implemented in the arts because, whether we want to acknowledge it or not, succeeding in the arts often requires some business savvy. Networking is a great way to build relationships with people in your field. In this case, that field would be arts &/or music.

So, how does networking work? Building a network of connections beyond social media means “getting out there” and actively engaging with others. That means going to shows and meeting other bands or promoters or venue owners. It means conversing with strangers to build meaningful connections.

Oftentimes, there are industry-related events focused specifically on networking that can help you build connections faster because other people in attendance are there for the same reason. Of course, many of these groups currently rely on social media to spread the word about networking events, but other platforms (like MeetUp) can help you find groups or organizations where like-minded individuals will be gathering. Bring your stickers or business cards or other band merch to help new “friends” readily connect with your band or other creative projects.

Radio stations, blogs, podcasts, and other media outlets offer musicians and artists a way of reaching new audiences. Of course, these options require research and perseverance because it’s important to know who you are reaching out to while also understanding that most media outlets are often inundated with submissions so it takes tenacity to push through all the rejection in order to find the places where your work might find a connection. So it’s important to build your press list and then regularly submit new work.

Don’t take the rejections personally – which is an easy thing to say/write and a bit harder to live. But this is a crucial step in securing coverage so you need to put on your thickest skin and dive into the process of sending out your work. As a general rule, artists are told to expect 100 no’s for every yes so remember this going in and you’ll have a better perspective on “banking your odds” rather than seeing every rejection as a reflection on your creative potential.

Okay, this one is a bit trickier. It requires you to think outside the box. When I put the question out to the local music community, I received a number of suggestions for promotion that went beyond what one typically expects when they hear “PR”. Local songwriter Rae Lydia suggested attending open mics to talk about upcoming projects while others put forward ideas ranging from “scavenger hunts” to free download cards for songs or albums. Jalipaz of Audioconfusion suggested blasting music on a busy street corner in hopes of drumming up some interest from passersby while Tom Reardon from Father Figures recommended leaving notes in public restrooms. One musician suggested hanging signs from freeway overpasses while another suggested hosting house shows or even potlucks. Gage Oleson put forward the idea of connecting with local DJs to get some spins to new ears.

The point here is that drawing in new listeners is not a clear path to glory. It takes some creativity, a little bit of trial-and-error, and a lot of elbow grease.

Wait, Some of these Things Cost Money…

Yes, it’s true. When you’re on social media, you are the product. If you think you’re getting free promotions online, you are not. You are trading information about yourself for access to these social platforms and the benefits they offer. It’s not just Facebook that operates by this model. Google and a number of other online vehicles offer convenience in exchange for information about you as an individual and as a consumer.

You can choose to take part in that system or to avoid it entirely. As previously mentioned, I strive for balance by limiting my time on social media rather than allowing it to become a massive time-suck, but I also realize that when I sign-in I’m authorizing details of my life to be shared and I might not be entirely comfortable with the ways that information is being used or stored because there is a serious lack of oversight or regulation when it comes to the way internet-based companies gather information about their users.

The important thing is to decide for yourself what works for you. Maybe that means flyering and media outreach with a little bit of social media promotion. Maybe that means trying to find something that no one has thought of before. The possibilities are endless.

Music and art existed long before social media and it will continue to thrive long after social media has passed. So stop freaking out about Facebook and focus on what you can be doing to help get the word out about the things that matter to you. Through any means necessary (and legal).