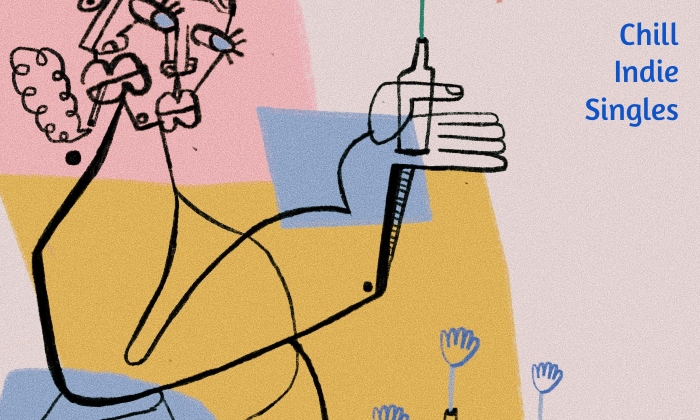 Adam Melchor is staying busy these days. After wrapping up a 25-stop U.S. tour, he released this brand-spanking-new single. “I CHOOSE YOU” has the effervescent energy of newfound love in an easygoing indie atmosphere. So, if your day is dragging you down, I suggest putting on this track and your spirits will be rapidly lifted. Originally from New Jersey, this singer-songwriter relocated to Los Angeles where he’s been making waves. Between performing at SXSW, upcoming tour dates with Mt. Joy, and even a spot slated to appear on Austin City Limits, the sky’s the limit for the 24-year-old Melchor. Make sure this artist is on your radar.

Our regular readers might remember that I only recently discovered the musical magic that is Damn The Weather. The Phoenix band has an orchestral sound that walks the borderlands between indie- and alt-rock. And their latest single, “Vertigo”, holds to that theme of the impossible-to-peg-down genre. Whatever you want to call it, Damn The Weather makes damn fine music. You’ll get swept away in the sound on “Vertigo” as the lyrics spin a murky tale of addiction that carries a modern day relevance we would be all be wise to listen to. Check out “Vertigo” and delve into the other musical offerings from Damn The Weather.

Singer-songwriting Maude Latour creates “fizzy, space pop” that will set your mind to wandering the cosmos as you ponder the introspective power of her lyrics. “Lovesick”, which dropped last month along with Latour’s debut EP, Starsick, deals with an age old concept that is often overlooked or downplayed in the modern world: lovesickness. According to Latour, “I learned about lovesickness from a college class. We read so many texts like Sappho, or Virgil’s Aeneid where love is treated like a disease. It used to be diagnosed by doctors.” Her own experience with love and its associated ailments inspired this track. So, Maude, I am sorry and thank you. “Lovesick” unfolds much like love itself – as if floating in a dream.

A lot of musicians release studio tracks and tag them “bedroom” indie or pop, but they don’t really get that what means. niko rose does. His lofi indie style keeps things easy and breezy and begging for a replay. A playful soundscape and stream of consciousness lyrical sense gives niko rose’s music an extra casual feel, but the careful construction of the track let’s the listener know there some solid proficiency behind the happy-go-lucky feel of the song. Give “so light” a listen and then check out some of the other tracks available from niko rose through Spotify or Soundcloud. You can’t follow him on social media because niko rose is cool or something…

The Irie is a local act with a message that should be heard by the whole wide world. This is, after all, the age of self-care and learning to love yourself before you can love anybody else. “Toxic Love” addresses exactly those topics in The Irie’s classic chill reggae-inspired style. So, if you find yourself in a toxic emotional situation, I suggest sitting down with this song on repeat and letting the soothing sounds of The Irie convince you to mellow the fuck out and make the right decision for your soul. The band is releasing a brand-spanking-new album next year on February 8 so mark your calendars and like/follow The Irie to stay apprised of all release show updates.