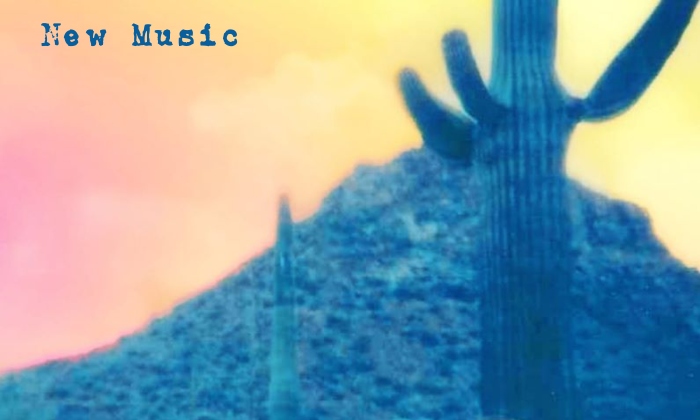 This 3-piece shoegaze band from Phoenix makes fuzzy dreampop as vibrantly layered as Arizona sunsets and you can hear that on their latest single, “A Pastel Sky”.  Stacie Huttleston’s ethereal vocals lifts the song while the harmonies and rhythm section keep “A Pastel Sky” bound to the earthly realm in a perfect balance. Citrus Clouds creates a garage sound to set your mind adrift. “A Pastel Sky” was recorded and mixed by Jalipaz at Audioconfusion and mastered by Wyatt Blair at Lolipop Records. Kick back and give it a listen with the volume up and your eyes closed.

The Viper Club is a brand new band on the Phoenix scene, but I expect they’ll be making waves with their high energy alt-rock sound soon enough. Jack VanDerPol, who fronts the band, seems to be quite the movie buff. The band’s first single, “Beatrix”, payed homage to Quentin Tarantino while this latest track is a tribute to America’s cinematic sweetheart and VanDerPol’s self-professed love of rom-coms. Crunchy, riff-heavy guitars and a driving rhythm section keep the song edgy but there’s a dance-able element in the delivery that keeps “Reese Witherspoon” extra fun for fans of every genre. Pay attention to Viper Club. This is a band on the up-and-up.

Thomas Knight, formerly of Bear Ghost, has embarked on a solo music-making adventure and he pulled together some rad players to help him in this endeavor, including Bob Hoag of Flying Blanket. “Calamity” lies somewhere between indie rock and power pop in a weird dream space inhabited by philosophical circus freaks contemplating the morality of the modern of the world. How do you not want to listen to that? You definitely want to give “Calamity” by Thomas Knight a listen.

“Are You Having Fun Yet?”

This Tucson indie-rock band is gearing up for their album release this coming January and “Are You Having Fun Yet?” is just a sample of what’s to come so start getting excited. Southwestern sun-soaked garage pop meets West Coast surf vibes while breezy vocal harmonies ask the question, “Are You Having Fun Yet?” The album release happens on January 31 at 191 Toole in Tucson, but you can catch The Rifle before that if you happen to be in the Bisbee area on New Year’s Eve because they’ll be playing at The Quarry with The Mission Creeps. And, as someone who regularly ventures to Bisbee, I don’t know if I can think of a better way to ring in the New Year.  Until then, you should spend some time with “Are You Having Fun Yet?” and maybe also check out “Visitation”, the first single released from The Rifle’s forthcoming album, also available on Soundcloud.

“Animal” is the debut single from brand new PHX band, Turn Zero, who already signed on with local label 80/20 records. The band has a crisp, driving alt-rock sound and enough energy to stir up any crowd. If “Animal” is just the starting point, I’m excited to see where this band is heading because they’re off to a stellar start. Interesting side note: lead singer and co-founder of Turn Zero, Emily Grieve, was a ranked Pokémon player, competing in official tournaments throughout the U.S. and Canada, before setting her sights on making music. Hence, the band takes its name from a Pokémon reference used amongst players. Who knew?