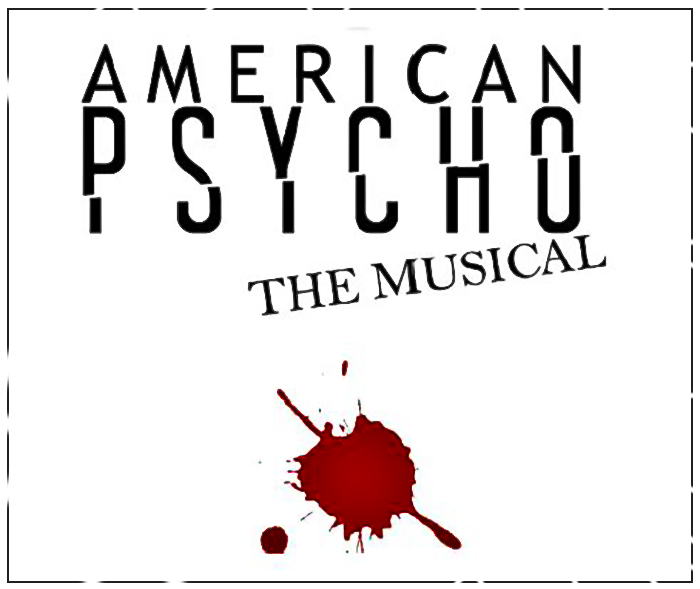 A blood-stained shirt draped over a chair in the center of a room. Commercials from the nineteen eighties blaring overhead, into your bloodstream, from an intentionally forgotten period of cultural subversion. The mood is set. The show begins. And after a brief moment of overwhelming static and piercing radio waves, Toby Yatso – a megastaple of local Phoenix theatre – is standing on a nearly-bare stage, nearly-bare himself as Patrick Bateman.

American Psycho: The Musical is a show by Duncan Sheik (music & lyrics), best known for Spring Awakening and Roberto Aguirre-Sacasa (book) who, amongst many other works, was a writer on such television shows as Glee and Riverdale. Based on the 1991 Bret Easton Ellis novel of the same name, and inspired by the 2000 film starring Christian Bale, it premiered on the West End in 2013. It had a short stint on Broadway in 2016, and a somewhat tumultuous relationship with critics and audience members alike.

The score is a disconcerting commingling of newly-arranged 80s rock songs and off-key tremble. Some numbers and melodies are powerful and satisfying, while several showcase overly-strained voices and idiosyncratic notions. Vocal performances by Katie Frederick (Jean), Emily Mohoney (Evelyn Williams) and Yatso are the saving graces. Powerhouses injecting life and passion into themes of superficiality and selling out.

The show is bizarre, as should probably be expected considering the subject matter. Nearly joyless, with the exception of some clever throwbacks to the time period. Devoid of humanity or compassion, mimicking the central character. The pace, especially in Act I, lags and stalls over unnecessary numbers as Bateman slowly sinks into his derangement.

The musical’s bane is that there is nothing endearing us to the central character. He hates himself. He hates his life. He hates everyone and everything in his life. He is fueled by hate. And that disdain becomes his only motivating factor. The audience never gets a moment to care about, let alone root for Patrick. Though perhaps those with an established affinity for the character and franchise would feel differently.

What makes Stray Cat’s interpretation special, aside from several successful feats of acting, are the technical components. What the show lacks in substance it makes up for in brilliant projection work. Walls of screens allow the stage to transform from a home to the glimmering streets of Manhattan, office space to the Hamptons to a nightclub. Tremendous ingenuity nearly eliminating the need for set pieces all together.

American Psycho: The Musical is gritty and gory and perverse. Not a show that will appeal to the masses, but it is dark and unique and gutsy. Those in the niche this show is geared to appeal to will likely enjoy it. For the rest of us, we are left to admire the performances and projections, but not the work itself.

Stray Cat Theatre’s American Psycho: The Musical is playing at Tempe Center for the Arts through November 23. Tickets are $40 and can be purchased online.