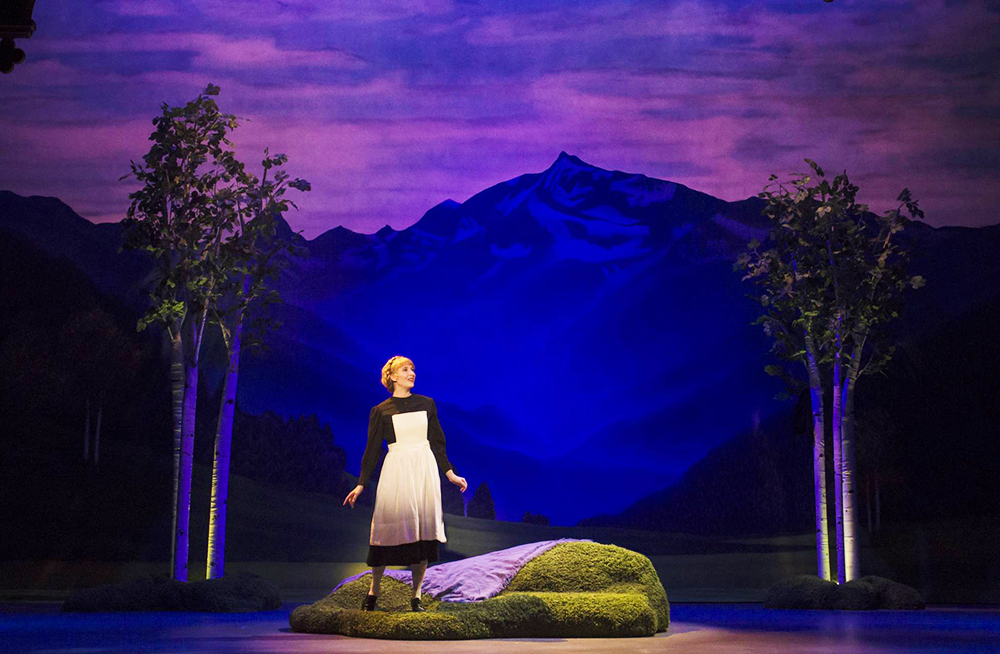 All photos courtesy of The Phoenix Theatre Company

The Sound of Music is one of the most iconic shows of Broadway’s Golden Age. Known to nearly all, in some form or fashion, and sacred to many. However, popularity can be a double-edged sword. While it equates to a most-assured larger potential audience, there are also expectations that everyone has going into the performance. We all know what the songs should sound like, in the best case scenario. And those preconceived notions are inherently baked in, so the cast always has an uphill battle to fight from the outset.

Based on the true story of a family who fled Austria as Nazi occupation loomed and became a world-renowned singing group, it spawned a successful Rodgers and Hammerstein musical that opened on Broadway in 1959 and won five Tony Awards including Best Musical. In 1965, The Sound of Music was made into a wildly popular film that garnered five Academy Awards, including Best Picture. The property comfortably established itself as one of the most prominent and award-winning productions of its age, and its stronghold on the medium has persisted for the sixty years since its premier.

Although it was not traditionally developed as a holiday show, it has evolved into the zeitgeist as such. During the holiday season, renditions of “My Favorite Things” often air before and after traditional classics, insinuating that it is now an established part of Christmas culture. And I have no complaint or argument. It fits perfectly into that limited pocket of time we find to dedicate to family. That small window each year that we become woke and appreciative of our loved ones. If only for a moment or two. 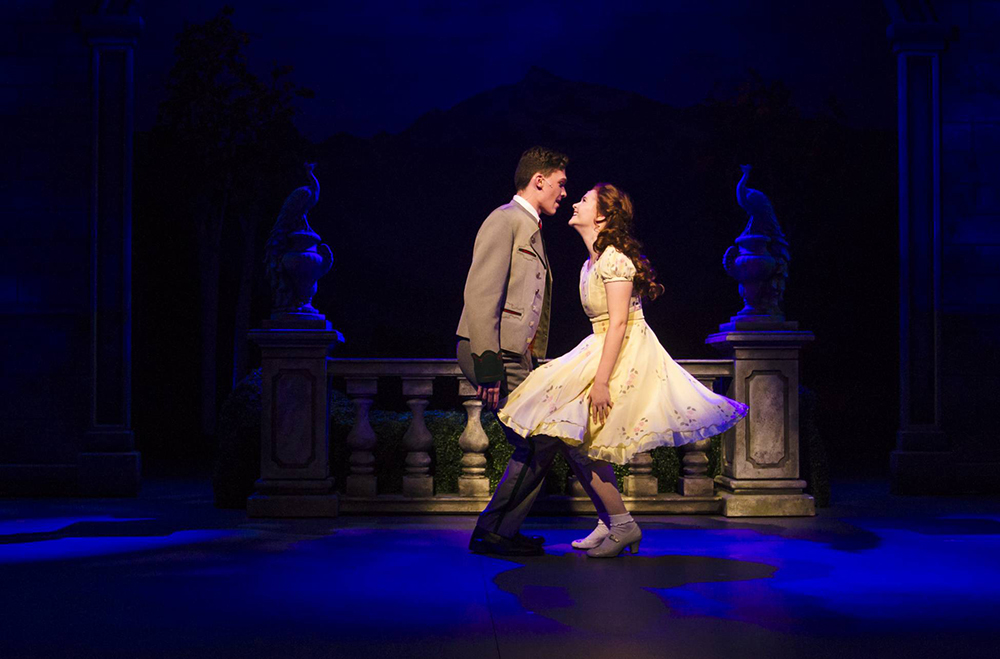 This newest production by The Phoenix Theatre Company takes all of these components into account, and impressively excels. Every song (and performance) must live up to each attendee’s grandiose expectations. And somehow, incredibly, they do. The nuns maintain their perfectly-tuned and haunting Latin chants. The Von Trapp children never stumble over the challenging harmonies and staccatos.

Joy Lynn Jacobs is tremendously impactful as The Mother Abbess. In combination with soaring high notes, she portrays a subdued yet playful leader who is desperate to challenge the chains that confine her, while reverential and respectful of them.

Elyssa Blonder is charming as Liesl, who is coming of age as the accidental matriarch of her family. Her voice is pure and innocent, but she exudes a certain heartiness that only exists in an oldest child, and especially potent when the oldest is forced to mold into caretaker due to the loss of a parent. The scene between Blonder and Ryan Ardelt (Rolf) in Act 1 “Sixteen Going On Seventeen” was one of the show’s many highlights. Beautifully choreographed and performed, laying the proper groundwork for Rolf’s most challenging of decisions at the end of the show. In almost every iteration I have experienced of this show, Rolf is weak and full of cowardice. In this production, Rolf is portrayed as exceptionally brave. Beholden to his consequences, but maintaining his conviction. 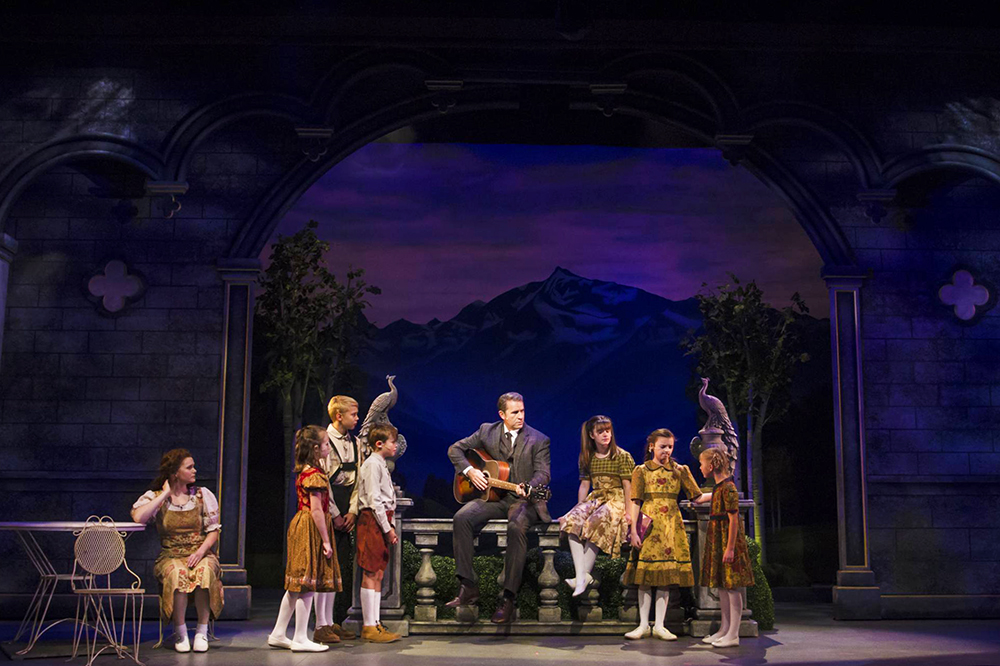 Trisha Ditsworth is everything anyone could want out of a Maria. She is charming and brave. Stilted but stalwart. With a voice that is never intimidated by the legacy of Juile Andrews. Inspired by it, perhaps. But Ditsworth has a voice all her own, and it is exceptional, leaving nothing to be desired.

Mark Epperson’s performance is exceedingly special. It snuck up on me with a tremendous force. While I found Epperson to be a perfectly acceptable Captain Von Trapp in the early stages of the show, I did not expect his performance to deliver one of the most intensely powerful moments I have ever experienced in live theatre.

He sits in a chair, guitar in hand, on a stage ominously flanked by Nazi flags and stormtroopers, reluctantly bidding farewell to his homeland in strums and lyrics. Trying to keep his composure while singing “Edelweiss” his voice cracks, his body slumps, and he goes nearly mute mid-song. Unable to finish his goodbye. In that moment, I broke. That moment broke me like I haven’t been emotionally broken in quite some time.

I presume it was a culmination of several factors. The current political culture. The realization that the distant past of this horrific story is not so distant after all. Or perhaps it was the moment immediately following, when the Von Trapp family surrounds him, singing in solidarity and providing him with the strength to finish his last goodbye. Whatever the trigger ultimately was, I was grateful for the opportunity to grieve in a manner I was otherwise unaware that I needed to.

This impeccable version of The Sound of Music is playing at The Phoenix Theatre Company through December 29. Affordable tickets are still available and can be purchased online. It is a wonderful show to see with the family to celebrate the holidays, and a fabulous gift for those in your life who appreciate great live theatre. To quote my grandmother, who has been an avid musical fan and theatregoer for 80+ years, “tell your readers that it may be the best show I’ve ever seen!” 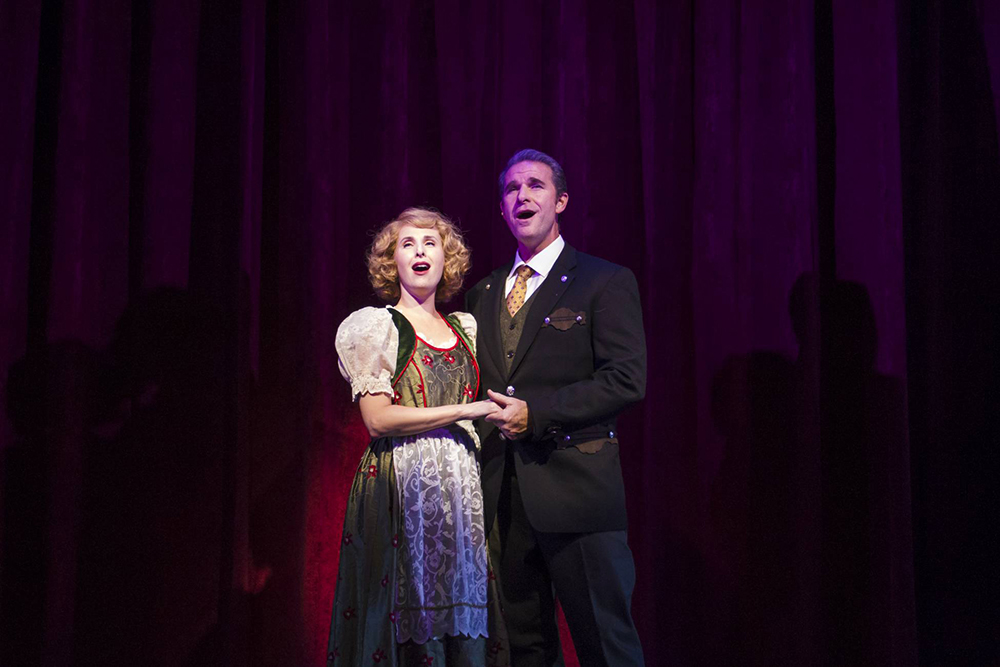