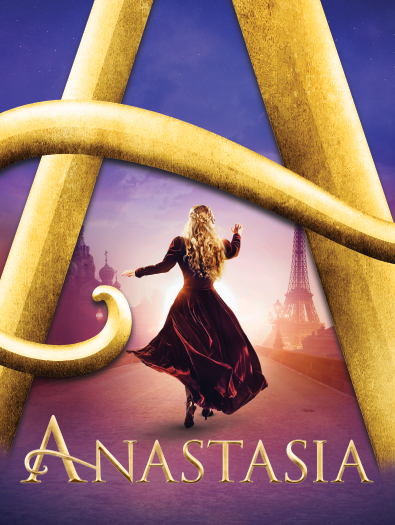 Anastasia is a Broadway musical based on the animated 1997 feature film of the same name. An exploration of the long-held rumor that the Grand Duchess Anastasia survived the Bolshevik’s murder of the Raminov family, a tale DNA evidence has debunked. Twenty years after the movie was released, its newly-envisioned stage production premiered on the Great White Way. Magical characters replaced by historically-relevant ones. Slightly less focused on the fairy tale, and more with addressing the plight of the time.

Many years have passed since, but there was a time when the film held a very special place in my heart. I saw it as a freshman in high school, and immediately after it ended an animator who was stationed in the lobby of the Scottsdale movie theater drew me an on-demand sketch of my favorite character. I cherished that sketch of Bartok, feeling like it somehow made me a part of his make believe world. So as soon as the orchestra began playing on opening night at ASU Gammage, I was filled with joyful teenage nostalgia. My heart leapt with excitement to see how this adaptation would play out. 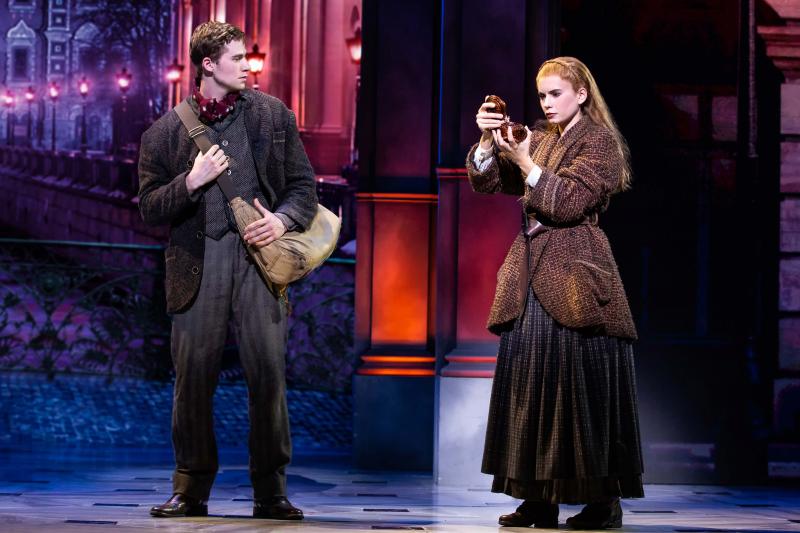 Several of the most memorable songs from the film make an appearance, as do over a dozen new songs by original collaborators Stephen Flaherty and Lynn Ahrens of Ragtime and Once on This Island fame. A handful of the new songs are lovely, but unremarkable. “Land of Yesterday” is the exception, standing out as one of the show’s highlights.

While performed thoughtfully by Jason Michael Evans, most of the numbers by Gleb, the new antagonist Bolshevik who serves as a replacement for Rasputen, are clunky. More simple explanation than melody. This serves to reinforce my opinion that the complete removal of the Gleb character might be a viable exploration for a revision or revival. The other characters are faced with enough existential challenges, and Gleb’s interference is ultimately superficial. 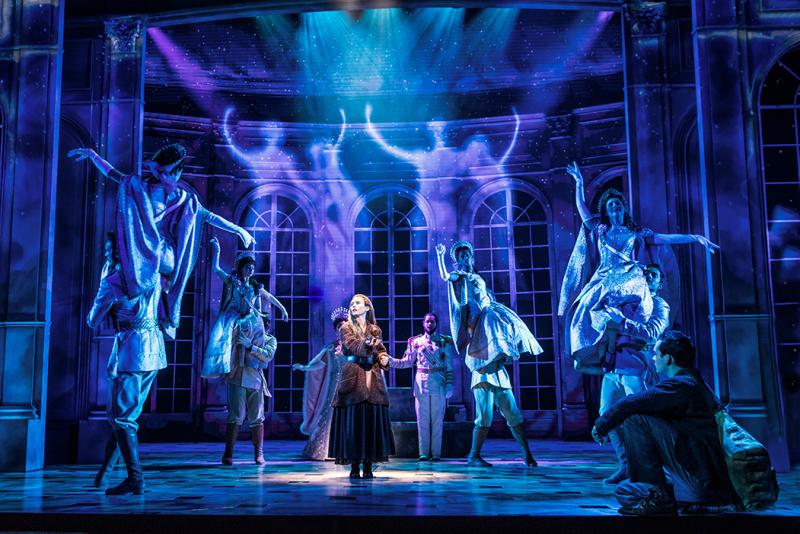 Jake Levy gives a captivating performance as Dmitri, the young con man who turns out to be much more than presumed. Levy’s vocal tone is divine, and he demonstrates innocent complexity as Dimitri’s layers are revealed. Lila Coogan is charming and understated as Anya, the young woman with amnesia, seeking to remember. Her transformation from street sweeper to attendee at the ballet in Paris is reminiscent of Eliza Doolittle’s Embassy Ball metamorphosis. There are several scenes and themes that feel touched by the magnificence of My Fair Lady, adding further to my appreciation for many of the show’s storytelling choices.

Edward Staudenmayer is a powerful force as Vlad, with a commanding presence and a confident bravado. Tari Kelly’s depiction of Countess Lily is utterly unrestrained and wildly amusing. “The Countess and the Common Man” early in Act II, a highly suggestive reunion between Vlad and Lily, was the showstopper, almost brining the audience to its feet in ovation. The sheer joy on the faces of Staudenmayer and Kelly as they peered into each others eyes while the audience cheered, for an extended period of time, absolutely melted my heart.

Anastasia moves from a Russian palace to the roaring streets of Paris, so opulence is expected. The costumes are spectacular. The Romanovs draped in cascading diamonds while those on the streets below are in scraps. Parisians in crisp, tailored and colorful garments. The show also provides for some of the most impressive video and projection design in current theatre. Cityscapes sparkle, ghosts dance, snow falls, and the Russian countryside whips by. Technology at its finest. Creative and hypnotically magical, though sometimes lacking the tangible nature of constructed set pieces.

Anastasia is a radiant production about finding ourselves, and our inherent need for a family, no matter what form it ultimately comes to us in. It is a fun, family-friendly spectacle, providing an enjoyable jump back in time, whether via a reminder of a film from our youth or a journey to the past for the very first time.

Anastasia is playing at ASU Gammage through November 3. Tickets are still available and can be purchased online. Next up is Blue Man Group’s new Speechless Tour on November 15-17 and John Leguizamo’s Latin History For Morons on December 7. 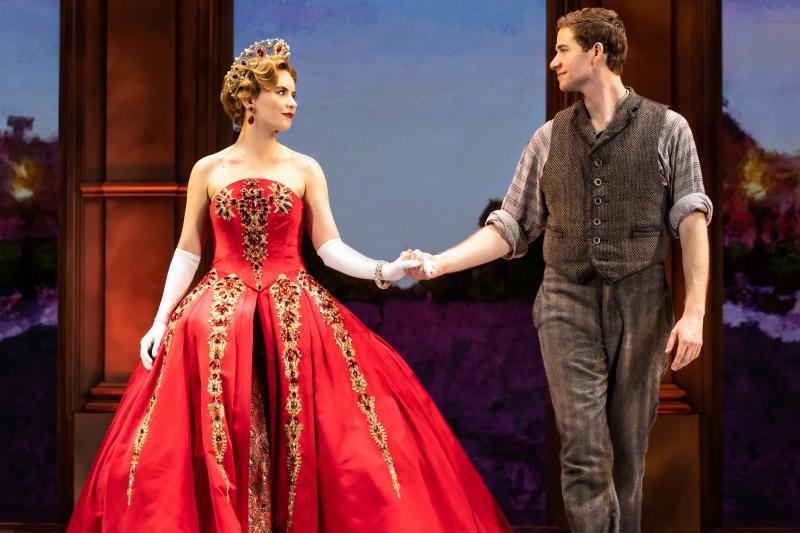