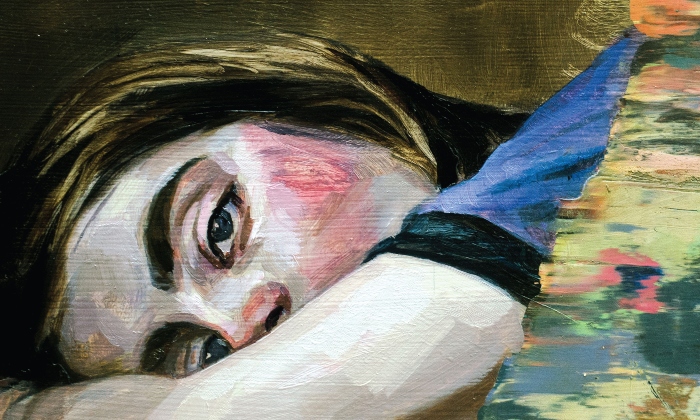 The magical musical trio known as The Ballroom Thieves are planning a Valentine’s Day 2020 album release and they just dropped the title track to give fans new and old a little sample of what’s to come. “Unlovely” enters as gently as a love song, but the lyrics quickly take a turn toward modernity as the music builds into a luscious harmonic soundscape. The Ballroom Thieves are definitely taking indie-folk in some new and interesting directions with “Unlovely” – the song. I can’t wait to hear Unlovely – the album – this coming February.

Weezy Ford is a songwriter from Asheville, North Carolina who know calls Portland, Oregon home. And, on her new single, listeners will find a melding of both locales as an easygoing Pacific Northwest vibe mixes with an Americana earthiness. Fuzzy guitars and bedroom synths add to the haunting vocal layers on “Flightless Bird” to make for an otherworldly sound. This track comes from Sugarcane, the first vinyl LP from Weezy Ford, which dropped earlier this month. Give “Flightless Bird” a listen and then head to Spotify to hear the complete LP from Weezy Ford. This is an artist you want to know.

Sam Carlson emerged from the hills of Pennsylvania with a love for gospel music and traditional Americana that resonates in his music-making. “Time Moves Fast” seems somewhat ironically titled given the vintage vibes of the sound. This song sounds like it could have been hashed out on a country porch between the fiddle, stand-up bass, and that homey twang of Carlson’s voice. Fans of Old Crow Medicine Show or The Haymarket Squares won’t go amiss with Sam Carlson who, btw, will be heading out on a national tour next year. Let’s hope there’s a PHX stop slated. In the meantime, spend some time with “Time Moves Fast”.

This singer-songwriter brings together tender vocals and candid lyrics on “House/Home” to create a soft-spoken Heartland ballad of loss. Hannah Connolly, originally from Eau Claire, Wisconsin, now resides in Los Angeles, but whether or not the sunny city has become home to her seems like a much more complex question after listening to “House/Home”, a song written in a time of grief. Connolly’s tremulous voice captures the quiet ache that accompanies mourning.

“The Wife of Michael Cleary”

For those that don’t know (which is probably everyone), when I’m not writing about music, I’m usually talking about death and other macabre matters on The Mortician’s Daughter and, in only our second episode of the podcast, I dive into the story of Bridget Cleary who was accused of being a fairy changeling by her husband and subsequently murdered. Maija Sofia recounts this piece of Irish history with breathtaking beauty by combining haunting vocals with traditional folk. Make sure you check out “The Wife of Michael Cleary” by Maija Sofia and then head to Soundcloud or Spotify to hear more songs from this promising new artist.