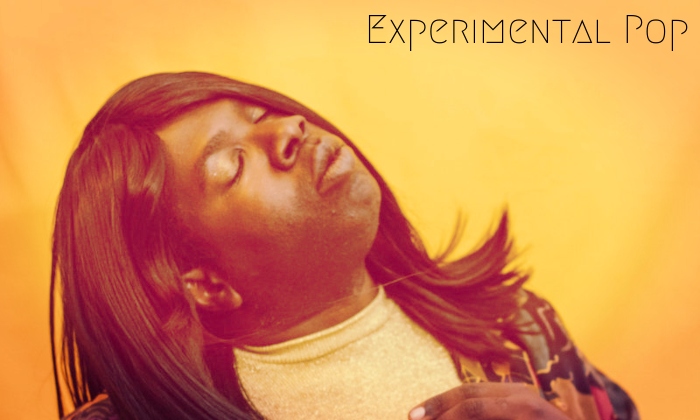 The Doyénne loves busting boundaries. Between genres. Between genders. He’s not here to obey your artificially imposed divisions. The Doyénne is here to create. And, as a producer, songwriter, singer, lyricist, and performance artist, Syeed DiJon Poole does just that as The Doyénne. This new single, “Drive”, shows the songwriter has come a long away in terms of both performance and production from what we heard on his avant-garde album, Body of Work. “Drive” presents stronger lyrical cohesion than some earlier work (although I still love me some raw emotional outpourings and hope to see some on the new album) and radio-worthy prowess in the vocal performance on this track will have you singing along in no time. “Drive” is just a small sample of what’s to come from The Doyénne’s much anticipated new LP, THE GESTALT, which will be out the first week of December. So. Get. Ready.

“The Mall of America, MN”

Aaron Ponzo is a jewel. As the musical-mastermind behind the lofi pop punk band Yippee!, it seems like Ponzo is always on the road spreading his message of powerkindness in non-exclusionary spaces and bringing back stories from those travels that later get set to music. Like this ditty. “The Mall of America, MN” arrives in the company of a brief intro titled “The Cheese Store, MO” and these two singles offer a stellar into for those unacquainted with Yippee! or Ponzo’s previous projects. Don’t let the stripped down intro fool you. The layers get quite involved on “The Mall of America, MN” and you just might find yourself on a nostalgic journey past Contempo Casual straight to Suncoast and Sam Goody with an Orange Julius in your hand.

Beck Pete approaches pop from an entirely different angle. The L.A.-based singer-songwriter uses indie pop as her preferred artistic vehicle to help “ease people into understanding that vulnerability and strength can only exist in tandem.” And I definitely think “Vertigo” achieves this balance quite well as it moves between soft-spoken and stripped-down to more powerhouse pop.  This single comes to us from Beck Pete’s latest EP, Muse, which is now available in full on Spotify so head there next to hear more from this artist.

This queer synth pop artist from Tucson just started making rounds on the local scene this year with an EP release in Spring and a brand new single that just dropped last month. Their new single, “Can’t You See”, has some darkwave vibes that I can definitely see people vibing to on a dance floor…. a dark dance floor, lit by sparsely placed neon lights, or maybe some black lights, filled with sinewy goths snaking in time to the music. I can definitely see myself lurking near the bar here. Check out the new single from Flor de Nopal and then dive further into the Bandcamp offerings available from this artist… like their s/t debut EP which came out in earlier this year.

“For What It’s Worth”

J Lind creates music in a middle space between indie pop and indie folk. And that’s not to say some songs fall more to the folk side and others more to the pop side. No, my friends, what I mean to say is that Lind’s unique style fuses these to points together. You can hear what I’m talking about on this slow burner. “For What It’s Worth” starts off with a stripped-down soundscape and keeps the focus on the lyrics, but as the song continues, the energy builds. This track comes to us from the album of the same title with J Lind released earlier this year. The album was inspired by the songwriter’s work in hospice care so expect to feel the emotional charge.