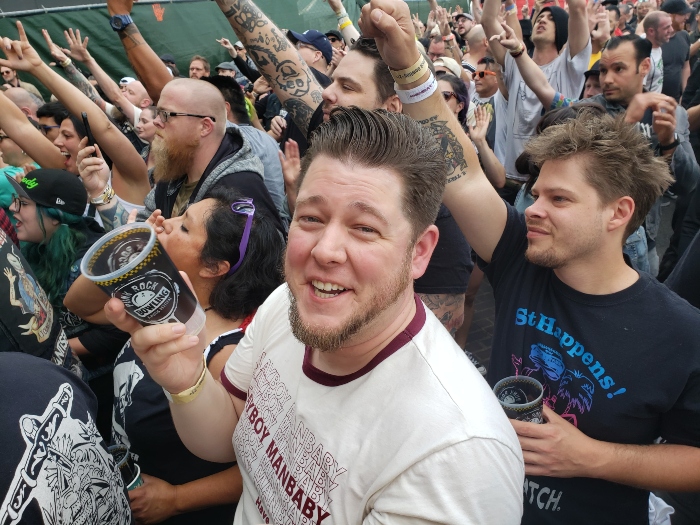 Joe Maier, perhaps better known as Every Show Joe, has been a staunch local music supporter through his photography and his music blog. So, obviously, we had to ask Joe to tackle the Tastemaker’s Ten to find out what 10 songs he thinks everyone should hear.

Fucked Up
“Queen of Hearts”

It was the first song I was introduced to Fucked Up through. It is poetry and uplifting storytelling in lyrics put to an amazing instrumental sound.

There are few songs that begin an album like this, ramping up energy to a 10 from the start.

Descendents defined what an early generation of pop punk would be. When I think Descendents, this is the first song to come to mind.

I call LTJ my gateway Ska, leading me to dig deeper into the genre. How can you not want to jump into the pit and skank with a track like this?

Speaking of digging into the genre, the Slackers sit atop favorites within. This song a wonderful blend of 2-Tone Ska and Rocksteady sounds.

Nerdcore and MC Lars first showed me there was Hip Hop I could relate to starting with a pretty foretelling song. This one featured a Piebald sample too.

PEARS are one of my favorite bands to hit in the past five years, with this track lands at the top of their catalog for me.

It is political with a relevance to today meaning it’s put together in a punk fashion to a bluegrass sound.

I had to throw something local on here, and it would be one we can all relate to from one of my favorite bands in Phoenix.

With something recent that has popped into my playlist that I’ve been listening to nonstop since they played Phoenix about two months ago. This song is my favorite off of their latest album.

Keep up with Every Show Joe by following him on your preferred platforms: