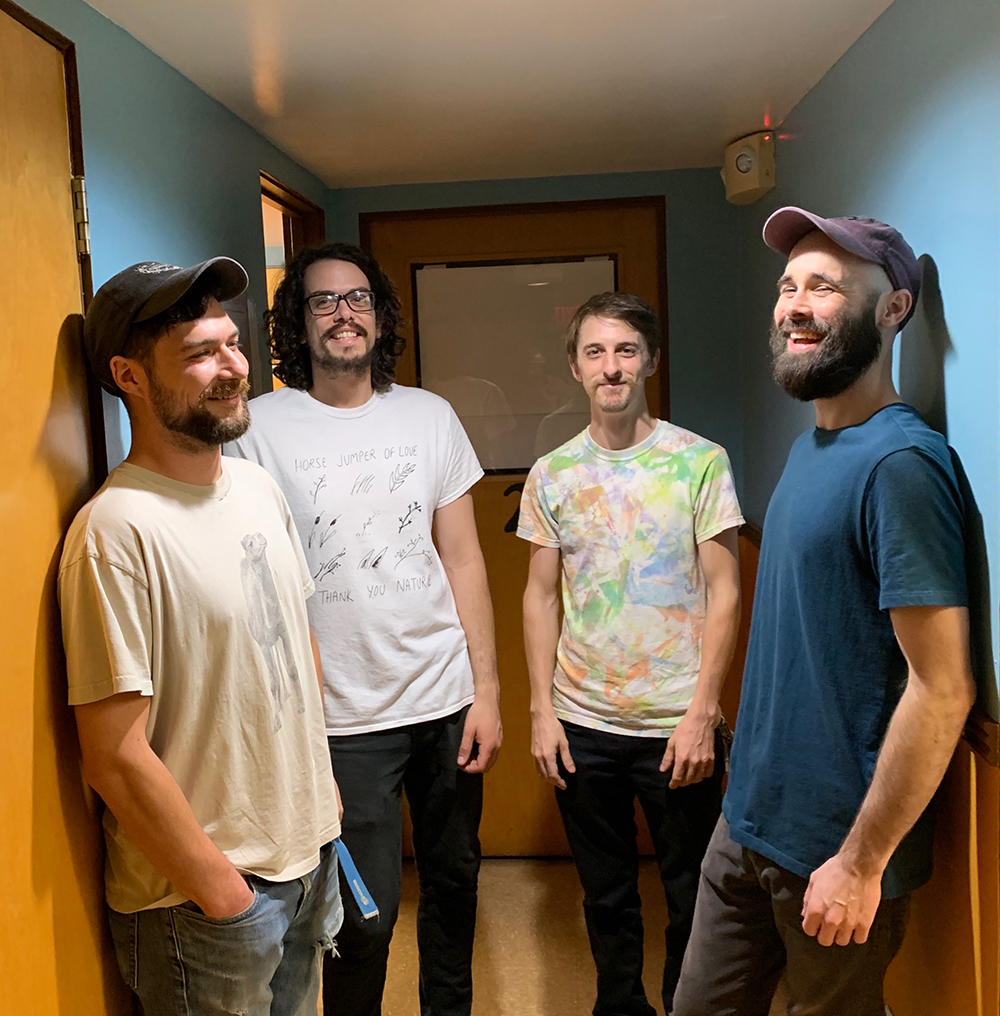 Social Savvy is the column where we interview creatives in our community to talk about the impact and challenges of navigating through this crazy world of social media, as well as how social media has affected promoting their craft.

In the Phoenix Valley, the DIY scene has seen an astronomical growth within the last five years or so. If you are in Tempe, you have most likely stumbled upon a show in houses around the college town featuring a plethora of local and touring bands on any given night. Among those bands who have been pioneers of the Valley’s burgeoning DIY “revival” is Tempe’s Twin Ponies. However, according to singer/guitarist Wayne Jones at every show, the exact location of Twin Ponies’ origin is Southern [Ave.] & Hardy [Dr.] in Tempe.

Rising from the ashes of local music legends, Kinch and Tugboat, Twin Ponies formed in 2013 and are comprised of Jones, Jordan Tompkins (drums), Jacob Lauxman (guitar), and Phillip Hanna (bass/synthesizer). Since their inception, they have released several EPs along with their self-titled, full-length album in 2017. The prolific band has headlined countless shows throughout the Valley and opened for various up-and-coming artists such as Pile and Kal Marks at The Rebel Lounge and Lunchbox.

In order to build anticipation for their upcoming October 11 release party at The Rebel Lounge for  their second full-length album, Body On Credit, Twin Ponies are taking similar promotional approaches from various bands throughout the Valley by releasing music video singles. The first video, “Always A Ways Away”, debuted on September 8th and a second video, “Losing Out”, was released on October 2nd, with both featuring Jones’ trademark croons and a multitude of key changes that leaves the listener in a trance. Between preparations for the album release show at The Rebel Lounge, Phillip Hanna took time out of his busy schedule to chat with me about the good old days of social media promotion, promoting through the DIY scene and why “organic promotion” is the most rewarding in reaching new fans.

Allyson: What was it like promoting on social media platforms when you first started playing in bands? Which platforms did you initially use for promotion?

Phillip: Early on, MySpace and Pure Volume were the sites we tried to utilize. Very much like today, there was an oversaturation. So the idea of using the internet to push our earlier groups forward wasn’t the highest priority. Additionally, only having dial-up internet meant everything moved slow, so there was way more promotion through performance and local circles than social media.

What mistakes have you made promoting on social media platforms? What did you learn from these mistakes?

Back in MySpace days, I recall trying to add people blindly, rather than taking into account of how [much more] it meant to build an audience organically.

How have you utilized all your past social media promoting experiences for Twin Ponies, and your upcoming album Body On Credit?

What are your favorite/least social media platforms to promote on and why?

Honestly, [I] can’t really say that there is a favorite. We use Facebook and Instagram for the most part, but I don’t necessarily feel like we really enjoy [using] these avenues. I guess we use them out of necessity of keeping those who follow us informed, but ultimately word-of-mouth and our live shows would be our favorite source of promotion.

What has been your most rewarding experiences as a result of promoting social media?

Being able to book tours and connect with other bands/folks across the country has been the most rewarding takeaway. There are some great DIY pages [such as DIY Tour Postings] through Facebook that allows us to get in touch and build relationships with other cities.

What advice would you give to other musicians for promoting on social media?

The only advice I would lend is to keep it honest and organic. Promote the best you can and share relevant information with those who follow you. Don’t spam people with the same thing over and over. If you’re putting out tunes that an audience can get behind, the interest should come naturally. Most importantly, get out into the real world and flyer your own show. It’s a good feeling seeing your show flyer up at your favorite record store.

You can find Twin Ponies on the following platforms: