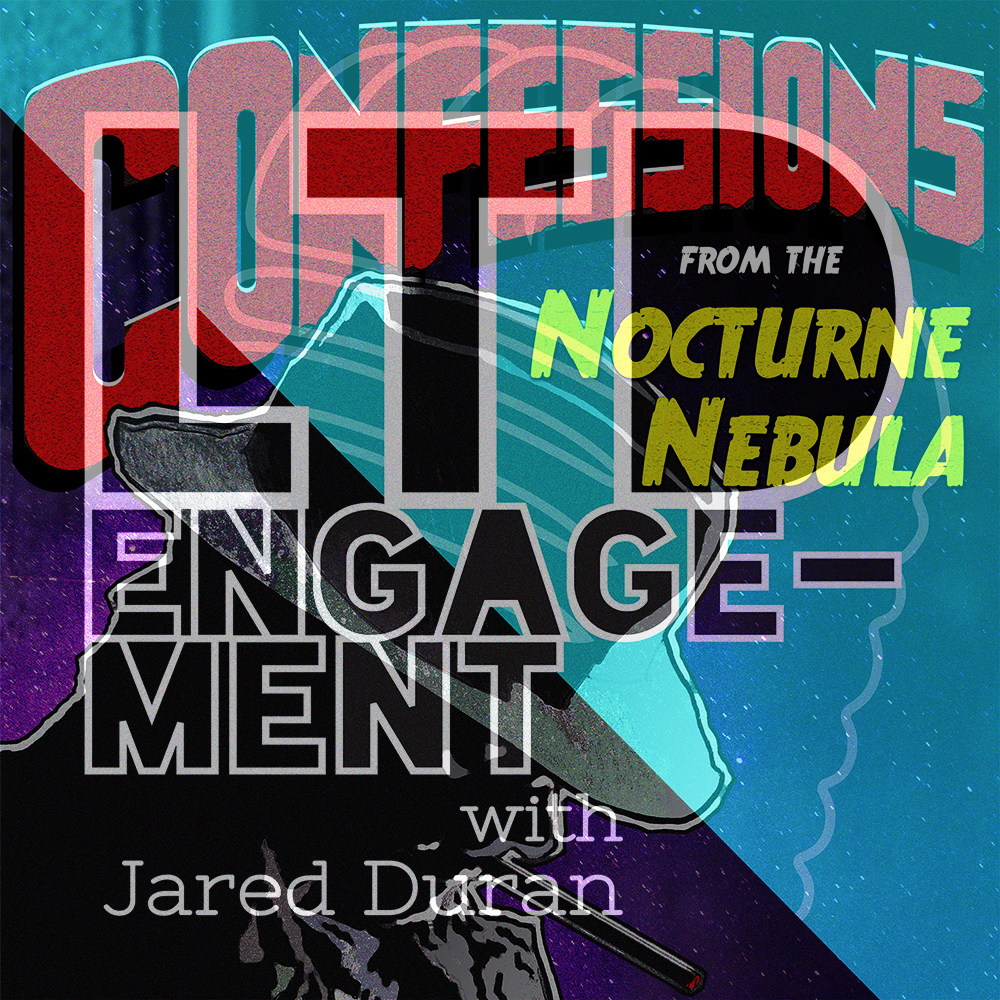 With our science fiction, space-noir audiodrama Confessions from the Nocturne Nebula premiering THIS SATURDAY (Pro Tip: if you subscribe on your favorite service, Apple | Google| Stitcher | Spotify | TuneIn for example, you can check out the show a day early), we wanted to share a series of conversations the creative team had with podcaster/publisher Jared Duran of the award-winning podcast, Limited Engagement. Jared asked if we would have interest in taking part in a month-long probe into our new production and we were thrilled to pull back the curtain to offer folx a peek inside the making of Confessions from the Nocturne Nebula.

Each of the four episodes focuses on different members of the Confessions team with the show’s writers, Carly Schorman and Dale Rasmussen, up first on episode 123 followed by a conversation with Mark Anderson, one half of the audio production team. Two of the lead actors in the show, Anna Katen and Austin Campbell, offer their perspective on the project in part three while the final episode delves into industry/ shop talk with executive producers, Carly Schorman and Mark Anderson.

Check ’em out below and make sure you check out Limited Engagement with Jared Duran featuring a myriad of different creatives in this “interview-based arts and culture podcast straight outta Phoenix, Arizona.”