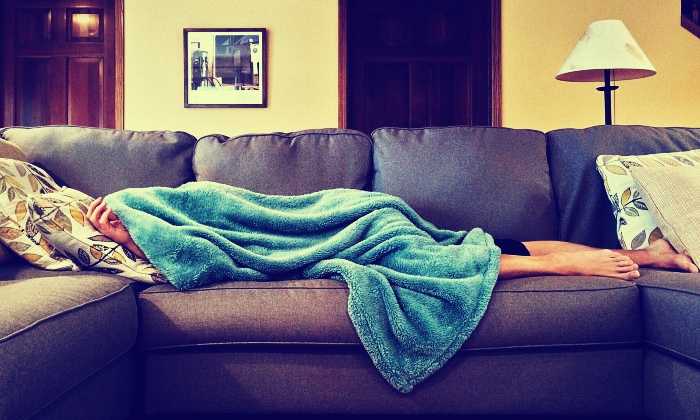 When people look at me, they don’t see my disability.

It’s easy to overlook because it is an invisible illness so, unless you know me, like, really know me, you might not know that my day-to-day is centered around a difficult and unpredictable medical condition. In fact, when I started YabYum a’ways back when, it was because this same disorder kept me locked indoors in a controlled environment and the publication became a portal through which I could continue to participate in the outside world and, more importantly, the local music and arts community.

That’s because I have a seizure-related neurological condition that results in almost constant pain and that pain level can be increased by things like light and noise and that random chick in the bathroom who just sprayed a cloud of perfume. In fact, until new treatment options became available in the past couple years, sunlight wasn’t really an option for me. Daytime was out, except in small doses, and afternoons were always off limits. Summertime in the desert was and remains pretty much an ever present challenge.

But, unless I’m wearing a t-shirt that announces my condition, no one really knows that this is something that I’m dealing with every single day. And that is partly due to the fact that I almost always hate to talk about living with CPH (Chronic Paroxysmal Hemicrania). You simply can’t talk about it without sounding like a sad bastard and there’s nothing I hate more than pity, unless it’s self-pity.

One time I was interviewing a local creative who contends with a similar condition and, through our conversation, she described a number of the issues that I also deal with. Wanting to be fully present in the arts scene, but not being able to. The constant struggle balancing daily tasks against the added challenges of ongoing health issues. And, as artists struggling with illness, trying to find the wherewithal to continue to pursue our passions while still dealing with everything that everyone else has to deal with, like work and family and emptying the dishwasher.

Of course, not all invisible illnesses are the same and each may be subject to a highly specified range of triggers. For me, cologne or strobe lights can royally fuck up my day. For other people, they might be affected by crowds or stairs or pet dander or air pollution or changes in the barometric pressure or the seemingly limitless indeterminacy of fate herself.

But when you’re an artist – be it writer, painter, musician, or practitioner of any other myriad of creative enterprises – you are expected to participate in the community around you. To be physically present at concerts or exhibitions or other live events. And that’s when I start to run into trouble.

The worst part? I’m not alone. Whether these ailments are increasingly prevalent or we’re simply gaining awareness about invisible illnesses, most people these days know someone subject to the whims of a medical condition, be it physical or psychological, even though I don’t feel a distinction should be drawn between those two points for our purposes today or, basically, any day.

Whether dealing with endometriosis or an anxiety disorder, the social effects can be similar. But, the real kick in the pants these days comes from social media and its effects. Interactions through online forums leaves people who are relatively strangers, passersby in the hallways of the internet, feeling like we have a better sense of what is happening in the lives of those around us than, perhaps, is actually the case.

When I first created my first Facebook profile, long before even YabYum existed, I attached the tag, “Ceci n’est pas une Carly,” borrowing from René Magritte’s The Treachery of Images which carries the line, “Ceci n’est pas une pipe.” Sure, the image in the painting looks like a pipe, but it is not a pipe. You can’t pick it up and smoke from it. It is not real. It is only an image of something that is real. A reflection, but less than a reflection, maybe an ideal moment captured as a point of reflection.

Now, as anyone who follows me online can tell you, I’m not really all about just presenting “my best self.” I use the forum to share funny moments from my day that I want to be reminded of that probably won’t make it into my journal or to acknowledge changes in my life because, let’s face it, social media keeps a running timeline of our lives in the way communal memory or journals or family bibles did a century ago. You can’t stop the wheels of time, but you can try to stop yourself from being rolled over by them.

Anyway, what I’m trying to say is that I do not use these very public spaces to unleash a constant litany of complaints about living with a very difficult, and often debilitating, condition. I would go so far as to say that even most of my family is not aware of the severity or how many obstacles it can present or what my outlook is. Only my husband, who lives with me and works with me, sees the day-to-day difficulties as they arise so what is invisible to everyone else is suddenly rendered painfully, uncomfortably visible to him.

And, even in the case of my chosen life partner and constant companion, there are often hurtful reminders that one of us lives with a chronic pain condition and the other does not. And that hurt extends to both parties.

So the painter from Peoria or the singer from Scottsdale might know I have a dog named Eleanor or an ugly jumper I insist on wearing constantly or a deep-seated hatred of Jane’s Addiction, but they might not be aware that I have a disability that limits my interactions with the outside world.

When I do find myself at events, I worry that I look like that asshole standing outside all night gabbing while the band plays inside because it’s a “bad night” so the lights or the noise or the heat of all those bodies crammed into a small space threaten to tip the scales and send me spiraling into an attack. A recent medication change put me with several weeks of “bad nights” and I’ve been told not to expect a reprieve for several months so I’m not going to any shows unless I know the band personally. Like, they’ve come over to my house to eat cheese, personally. That way, when someone asks if I’m going inside and I nod my head “no,” they get it.

And, as I mentioned, I am not alone. I spoke to a number of artists in the community both on the record and off both in the writing this article (and prior to it) and heard an array of stories, all remarkable for their differences and their similarities.

One resounding similarity is the tendency to say, “I’m fine,” when the person speaking is most certainly not fine because it’s easier to say than, I’ve been “in the bathroom for 40 minutes crying from constipation” at work, “I’ve been vomiting blood this week,” or “nerve damage makes it damn near nigh impossible for me to paint and draw some days.” And, as Phoenix artist Wayne Reich explains, “Pretending to be fine and normal eats up a lot of energy.”

Artists shared stories of canceled gigs because of unexpected “flare-ups” or overwhelming anxieties. Moreover, the burdens of illness impacts not only their work as artists, but also their personal and professional lives.

And, then, all too often, many of them hear from the people around them: “You don’t look sick.”

With many invisible illnesses, there are good days and bad days. “Flare-ups” and “attack days”. Basically, some days are better than others. And, it would seem, that some people take the good days as the base line to determine what people are capable on all the days. But this is a major misconception.

Some conditions are affected by changes in the weather, others by changes in the menstrual cycle, some by exposure to factors in the environment. The fact is that most conditions are subject to many things that result in a range that can be seen as good days and bad days. Some nights I’m inside the venue, shouting out the words and jumping around, still not drinking, but not worried about the way the noise is going to change my night except for the better. Some nights, I’m standing, quietly at the back. Some nights, I’m outside the bar, catching what I can through the filter of walls and catching up with folx, hoping for a better week, next week. Most nights, I’m at home saving up my spoons and working on my art when I’m able to.

And some nights are bad nights. And you don’t get to see those. I am privileged in that I can render my illness invisible to a large extent. But, that can also be a burden. When people can’t see your illness, they can choose not to believe it is there. Or, more often, they can be unaware that you might not have the same set of capabilities as other people.

So, how do you know if someone has an invisible illness? You don’t and that is the point.

Then, how do we deal with this? We realize that we are living in a hyper-image culture that only shows you brief flashes of people around you. Try to engage with people in the real world. Build relationships, even if it’s just one or two. Go to shows, make some friends, and talk to them. Know who they are when they aren’t online. Those are real people. Online friends are great. You can briefly interact with them. They’re fun. But social media does not provide a secret portal into the private lives of those around you. It just serves as a point of connection, tenuous at best. It’s time to stop passing judgments on people on the internet and start getting to know people IRL. You never know what people are dealing with.