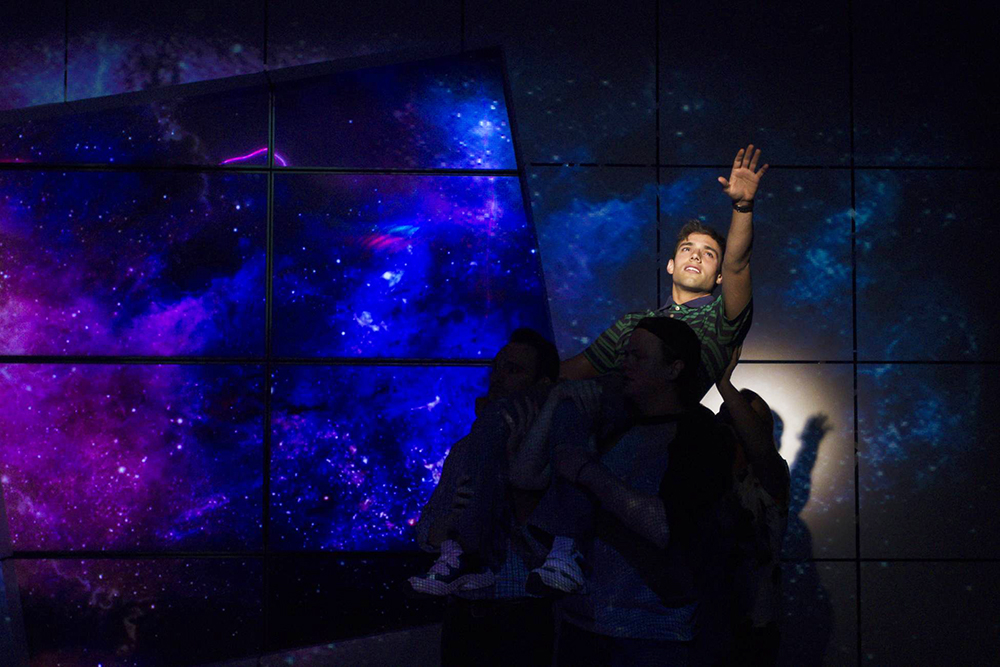 A quick read, but one that stuck with me long after I had moved on to other novels, it was a book I couldn’t put down. With depth and complexity, it provides the most consumable interpretation of what it must feel like to live within the autism spectrum.

The Curious Incident of the Dog in the Night-Time is a play by Simon Stephens based on Mark Haddon’s book of the same name. And it is staged in a way to viscerally convey how overwhelming existence can be as a child who is special, and brilliant, and often afraid. A child with sensitivities to light, sound, and touch. A savant who finds solace in numbers and the stars.

Christopher* (Greg Nussen) discovers his neighbor’s murdered dog and decides to solve the mystery of who killed Wellington. As his journey unfolds, Christopher discovers more than he could have anticipated. And he writes it all down. Much of the story is told through narration by Siobhan (Elizabeth Browlee Blair), his teacher, who is reading Christopher’s book aloud and providing him positive reinforcement along the way. 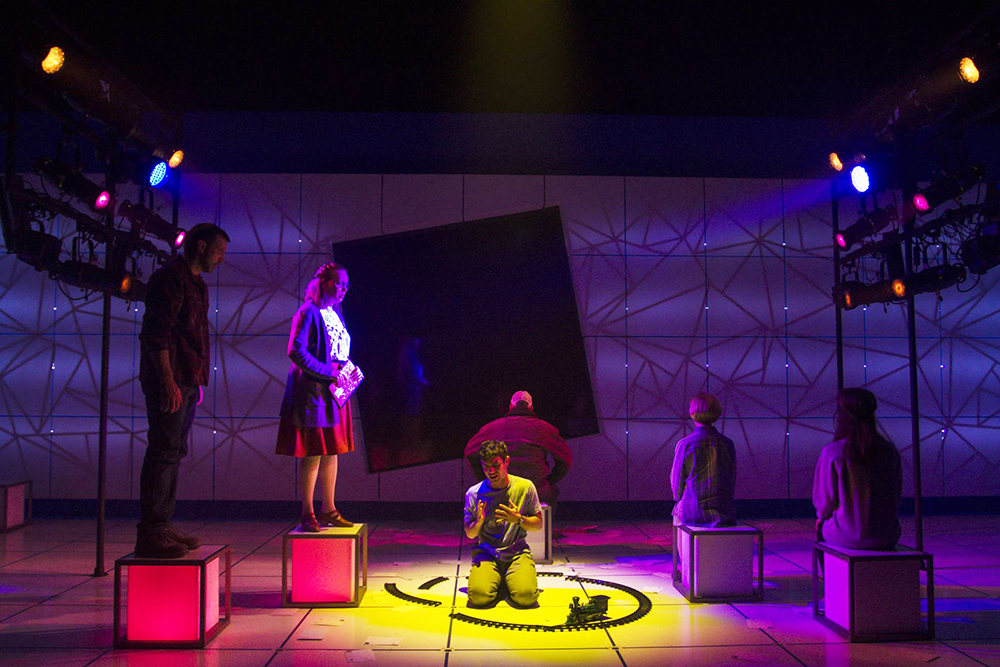 Nussen’s performance is brave and complex, perfectly fitting for Christopher, who is both. Humorous in the right moments, displaying physical mannerisms that intensify as anxiousness does. Gleeful at times, pinned to the floor in fear at others. Soaring through the galaxy, and admiring the rain. Trekking through the streets of London, one step at a time. We go on quite a journey with Christopher, and Nussen makes it thrilling and heart-breaking to do so.

The ensemble plays a variety of parts and voices, constantly shifting between costumes and characters. Often sitting in the dark and moving blocks, the only set pieces, into new arrangements. While many of the British accents were less than perfect, the performances themselves were solid. Michael Kary’s portrayal of Ed, Christopher’s father, was especially powerful and an absolute stand out. Loving and full of contrition, we come to understand and vindicate Ed’s poor choices, and our forgiveness is vital to the story’s conclusion. 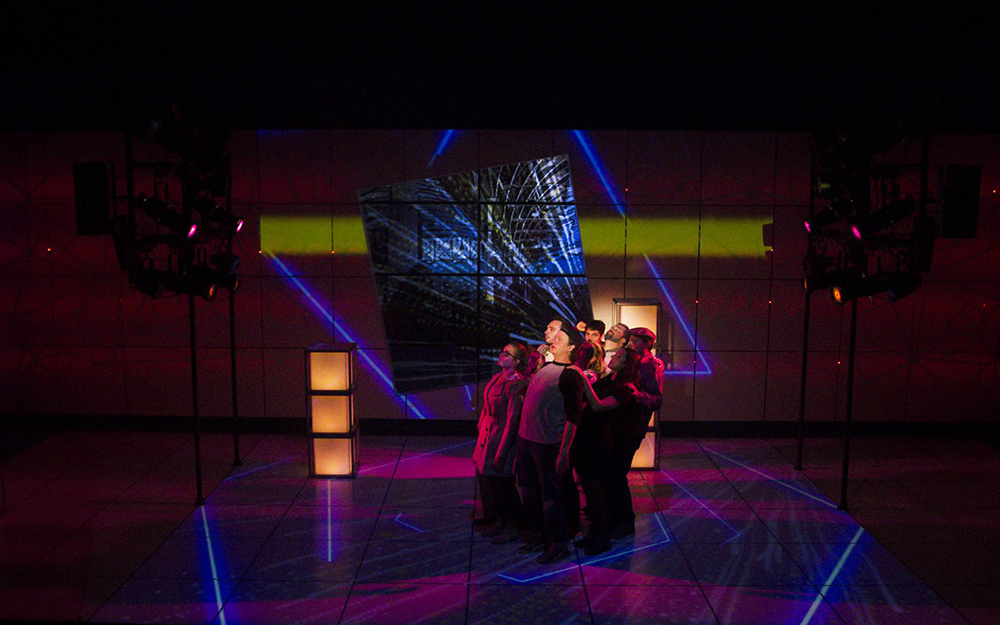 It is a story about overcoming. Capability. Removing stigmas. Understanding the complexities within each of us, and accepting them. It is also about how difficult it is to be a caregiver. And the lengths we will go to in our quest to protect those we love from pain. Bring your tissue because to say it is powerful is an understatement of epic proportion. But you will leave the theatre smiling, and most likely grateful to have had the experience.

The Curious Incident of the Dog in the Night-Time is playing at The Phoenix Theatre Company through November 10. Tickets can be purchased online. The Sound of Music will open almost immediately after this one closes and will play through the holiday season. Additional upcoming shows include Million Dollar Quartet, one of my personal favorites Something Rotten! and The Rocky Horror Show.

*A footnote about the show. My companion was deeply offended by the portrayal of this character. So there is a good chance that others will be as well. While I was not, it is a discussion worth having.

In 2017, Mikey Rowe was cast as the first autistic actor to play the role of Christopher. This year, another actor on the spectrum, Alexander Stuart, was cast in a Florida production. It is my hope that, as wonderful as performances have been by neurotypical actors, this role will increasingly provide neurodiverse performers with the chance to play this important role.

Warner Bros. is currently in pre-production to make a film based on the novel and play. A casting call went out in August on Backstage for the role of Christopher, with the casting director quoted as saying, “We are open to both professional and non-professional performers who are neurodiverse. Can be of any ethnicity. We are encouraging individuals on the autism spectrum to submit for this project.”