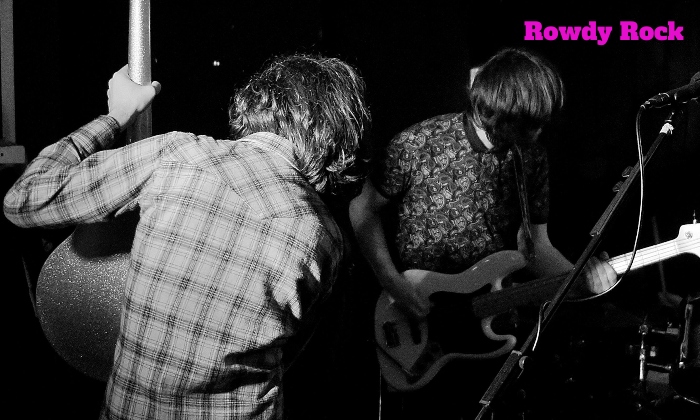 If you been missing the era of Riot Grrrls, have I got the band for you. The Chicana punk rockers known as Fea are reviving that same grrrl growl and releasing a new LP on Joan Jett’s Blackheart Records this coming November. This femme four-piece packs a punk punch right in the face of of contemporary media culture on “Let Me Down” with fierce force.  Stay apprised on the new album, No Novelties, from San Antonio’s Fea which comes out next month!

Sisters of Your Sunshine Vapor

This “psych garage” trio from Detroit is ready to blow your mind wide open. Layers of sound swirl approach, at moments, an almost deluge to the senses, but “Doctor Helicopter” pulls back into controlled chaos. Sisters of Your Sunshine Vapor mimics the “information overload” that comes with 21st Century living with their fuzzy psychedelic sound. “Doctor Helicopter” is just one of two tracks the band released last week and both can be heard on Bandcamp. So, if you like what you’re hearing, mosey that way…

This alternative indie act from Chicago has a vibrant sound that sounds straight outta the garage. “Project 21” is the first track off the band’s forthcoming EP and promises a riotous good time for fans both new and old. Hard hitting drums and fuzzy guitar licks create a post-punk haze over the buoyant energy on “Project 21”. Take it for a spin. You won’t be disappointed.

Rowdy might not be the first word that comes to mind when you think of shoegaze or dream pop, but Poppy Jean Crawford is here to change your mind about all that. Crawford sings in a melodious voice but manages to sound appropriately droll for the surrounding instrumentation on “Same Old Tricks”. The 20-year-old singer-songwriter just signed her feisty brand of brooding to Danger Mouse’s 30th Century Records so I expect you’ll be hearing more from her. Make sure you like/follow to stay apprised of new releases coming out soon from Poppy Jean Crawford. Right now, Crawford is touring with Starcrawler so check that schedule to see if she’ll be passing through your neck of the woods.

This is more than just a fun punk rock song; it also offers a brief synopsis of the demise of the independent music label out of Berkley, California, named in the title of the track. But, I suppose we should mention, the narrator doesn’t really do a great job of telling the most cogent story ever BUT he does it in such a rambunctious and entertaining way that who really gives a fuck anyway? This Tempe punk band is one to watch.

Sometimes you just need some serious thrash-around rocknroll. Well, for you folx, I offer up Hey Bulldog. This Manchester trio released “Death & Greed” on Limited Edition 7 inch Vinyl via Sister 9 Recordings earlier this month and it has everything you could want: driving guitars, pounding rhythms, and shout-it-out vocals. And, if you hurry over to Bandcamp right now, you might still have a chance to score “Death & Greed”  on vinyl with the equally rowdy B-side, “If They Could See”. Don’t miss out.