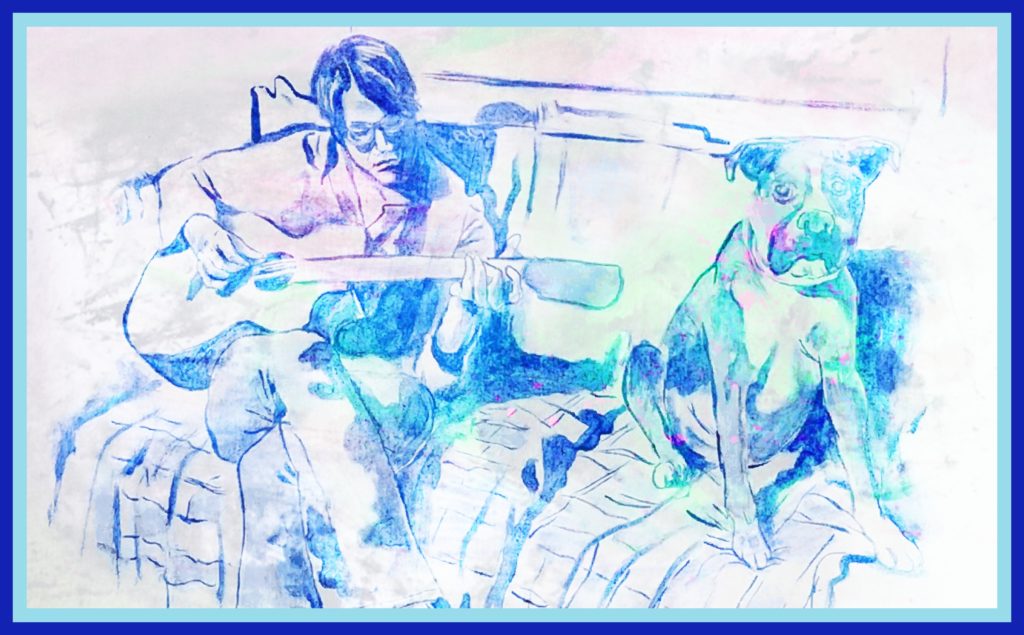 Get ready to get heartbroken. John Burnette delivers an emotionally devastating murder ballad entirely a capella on “Mercy Mercy” which serves to highlight his tremendous skills as a singer-songwriter. This Arkansas-raised, Nashville-based musician earned a college degree in music with an emphasis in jazz guitar and composition. You can hear that guitar prowess on other tracks from his 2019 release, Parlor One, which also includes this stellar single. Make sure you give “Mercy Mercy” a listen and then head to Bandcamp or Spotify to check out the album from whence it came. You won’t be disappointed.

“Jonah and the Whale”

This Brooklyn-based queer country act is rapidly on the rise. With a scrappy Americana sound and vocals reminiscent of early country recording acts like Dolly Parton, it’s easy to understand why Karen & the Sorrows have received attention from the likes of Rolling Stone and Billboard. “Jonah and the Whale” carries a dark, alt-country swagger and shines a promising light on the forthcoming album from Karen & the Sorrows. Guaranteed Broken Heart drops on October 18th so like/follow Karen & the Sorrows to get the update on that release.

This new single from Phoenix’s Damn The Weather crosses alt-country with alt-rock and throws in a pinch of indie pop for some added bounce. The genre-melting soup this quintet makes when they get together is quite catchy… and somewhat murderous. I have to admit that Damn The Weather is one of those bands that I heard about and didn’t really dive into until now. How did I miss the fucking boat here? The players that make up Damn The Weather really show their musical chops on “Saturine” and I’m excited to share that the band has another new track that will be out before the year’s end. So make sure you’re following Damn The Weather wherever you do your interneting to stay apprised on that release.

Brooklyn’s really killing it on the Americana front and the NYC-based collective known as Phoebe Hunt & the Gatherers is yet another act to add to your need-to-know list. Their new single, “Baba Vanga” sounds like it emerges from an Appalachian cave to sing haunting prophecies to an enchanting tune. The song’s title refers to a “Bulgarian Clairvoyant and Herbalist (circa 1900) who suffered great loneliness and misfortune.” During an extended jam session in Brooklyn, Phoebe Hunt & the Gatherers began to spin the tale of Baba Vanga into the web of this song. Listen to “Baba Vanga” – right here, right now.