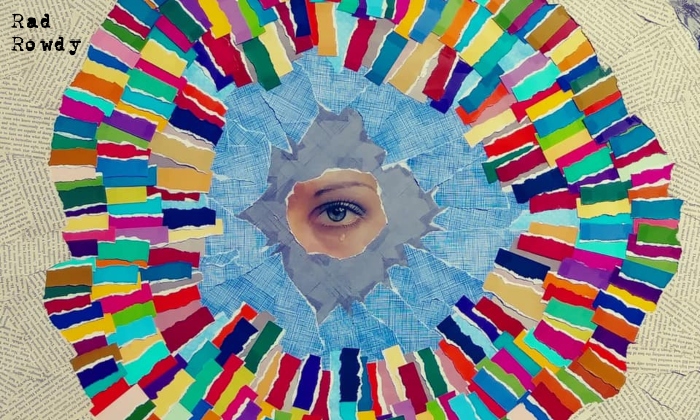 Wait. Did The Necronauts just drop a three-track demo? Yes, they did. This band has been around basically around since I came of drinking (which is… uh… a while), but their release rate has gone down in recent years. Before hitting play on “Demon’s Souls”, the first track from the new EP, I had that moment of hesitation. I mean, what if they, like so many before them, had gone all Dad Band? I couldn’t take another disappointment. Not after seeing the pictures from my high school reunion. Thankfully, “Demon’s Souls” fucking rocks in a relevant-to-modern-audiences way so I won’t be throwing myself off of any bridges this week. “Waterman, the return of Firekid” has a bit more of a nostalgic sound, but 90s revival is a thing right now, right? “Suited” closes out Hans Christian Apocalyptic Death Camp Triple Fantasy keeping the emphasis on the indie side of their lofi indie-punk sound. Fact is, The Necronauts was and remain a stellar Arizona act so if they’re not on your radar you’ve been seriously missing out. Get to fixing that.

The Tucson youngsters known as Stripes put out this feisty 9-track album back in the Spring. Recorded with Matt Rendon at Midtown Island Studio, also in Tucson, this musical duo has a stripped-down garage rock style that will have you yelling along with the lyrics in your car or your bedroom – basically, any place you can turn up the volume LOUD. “Crash + Burn” kicks off the album with some gritty energy that doesn’t let up even on the more “mellow” tracks like “So Sick” and “S.M.I.T.H.” Meanwhile, songs like “Pillow Fright” and ” will straight up kick your ass. “Poison” and “Fuckin’ Normie” are early favorites for me, which is pretty on-brand, but 520 is a great listen from start to finish for all you lofi punk fans. Check out the musical magic of Izzy and Bella from Tucson’s Stripes. You can listen on Bandcamp (and score the digi-download) or head to Burger Records to get your very own cassette copy here.

How does one describe the Spicy Mayo sound? How about an acid-fueled mental collapse, but fun?! Maybe it’s more like an Adderall journey through unceasing 24-hour news cycles and self-help clichés and daily grinds. Whatever it is, Spicy Mayo combats all that holds us captive with blaring horns and riotous lyrics that move between rap and rock with musical interludes or carefully chosen audio clips interspersed as little thinkpieces. HELD CAPTIVE is a cathartic purging of all that pent up frustration we all feel at our own inutility and the depression that yields. The album just dropped this month through TVLife Entertainment and features some stellar production work from Bryan Preston and Dirty Dallas who both also work together in writing and creating the album.  HELD CAPTIVE also features additional horns by Danny Torgersen and Torrey McDannald. Make sure you check out the debut album from Spicy Mayo below.