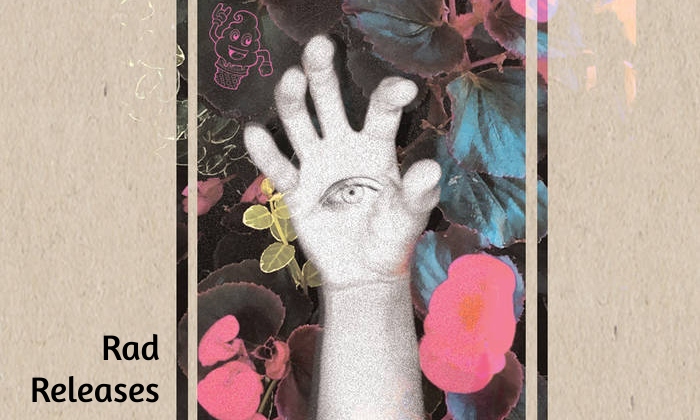 Sure, we’ve played a couple Anchorbaby tracks on our Radio Phoenix show, but that didn’t stop this album from almost sliding right past us – hey, we get a lot of music in! Groovysmo is the first solo effort from Ricky Shimo, guitarist for (and co-founder of) Lenguas Largas. The bilingual garage psych rock LP brought together a lot of Tucson talent on both the performance and recording sides to put a Borderlands slant on a Zombies sound. Bongos included. The album moves between grittier tracks like “El “Heavyweight”” and “Las Brujas” to more space out jams like “Nada” and “Groovysmo I/II”.  Other songs, like “Niño de la Tierra” and “El Viajero Viajero”, are a bit more mellow lend the album its distinctive Southwestern vibe.  “Paranoia de Nuevo Americano” is an early favorite of mine with its murky guitars and soot-soaked sound. All in all, Groovysmo by Anchorbaby is a stellar release and I’m glad I didn’t let it sneak by me for too long. Make sure you take it for a spin. You can score the album on sweet vinyl over on Bandcamp so I suggest you head there to make that purchase before it’s too late…

This 5-track EP from Sydney Sprague came out over the summer, but the fall weather has me returning to the pensive indie pop songs for a more in-depth inspection. Released through 80/20 Records, Bad Patchwork kicks off with the surprisingly upbeat (and very dance-able) “A-Bomb” before the singer-songwriter mellows out with an early favorite, “F O M O”. Sprague shows off her songwriting chops on “Uncomfortable” just before “Watch You Go” breaks your heart. “Careless Thing” closes the EP with its lush vocal harmonies against a sparse backdrop to end things on an introspective note. Sink into the “sad girl” sounds of Sydney Sprague on Bad Patchwork, available on Spotify and Bandcamp.

Ugh, I guess it’s “cool” to fly under the radar, but it also means that folx who might be into what you’re doing have no idea who you are. Case in point? Soft Sweater. The El Paso band released this pretty stellar album on local label, Desert Drip, back in July, but we just recently stumbled across it. I know, I know, it’s hard to get the word out there in the modern day and age. Anyway, the 7-song EP kicks off with “This Is Not Jazz” and immediately establishes that, yes, what you are hearing is clearly not jazz. But, as you continue through the tracks you can hear some of the influences of this musical precursor in the changing time signatures and extended musical interludes. That being said, I would say Soft Sweater is definitely more of a post-punk / alt-rock mash-up as dissonant noises move between ordered and barely controlled chaos.  The titles of the tracks refer to a lot of familiar pop culture points, like “Chumbawamba” or “Night At The Roxbury”, but Soft Sweater’s sound is hardly comforting or familiar. Unless you, like me, are drawn to the new and strange, to music that melts, to garage rock layers of grit and basement bar energy. You’ll find all of that on No Future from Soft Sweater.