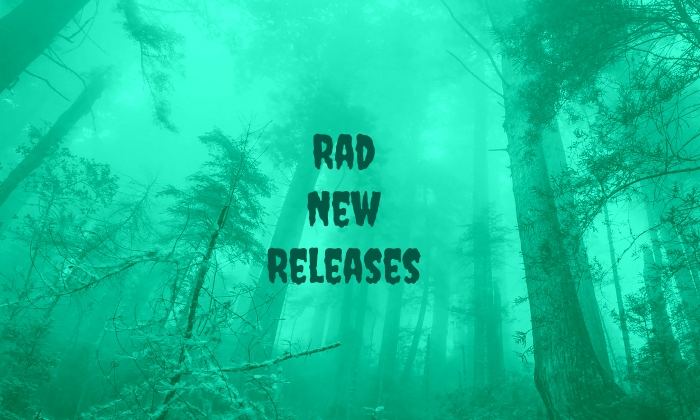 KONGOS fans should be getting hyped for next week. The brother-band will be releasing the second half of their two-part collection, known as 1929: Part 1 and (obviously) 1929: Part 2, on October 11th. The album opens with “Feel It In My Chest” and the band’s diversion from blues-fueled rock to boundary-pushing alt-rock is reinforced in  full. “Fools”, the second track, gets outright atmospheric at times before the strangeness of “You Are Strange” bounces in. KONGOS secures indie rock status by “I Forgot To” and I have to say that I’m all about it.

I like that this band isn’t simply holding to the sound that garnered them breakout success, but instead are continuing to expand that sound in new aural spheres on songs like “Push” and “Stuck in Time” before sliding into their seriously infectious single, “Western Fog”. “Nothing Of My Own” comes in like a dark horse right before the closing track as my favorite song from the album, but “Tomorrow” provides a meditative point of departure from 1929: Part 2. Follow KONGOS on Spotify or your preferred social media platform to remain apprised of the impending release of their new album!

The Upper Strata was a bit of a YabYum sweetheart (see here, here, and here) before they went international. But now, they’re back! Well, they have new music to share with local audiences all the way from their home in Switzerland. Fog, just like the name suggests, is a hazy soundscape of ambient noise that only touches on the border of shoegaze indie. If you’ve kept up with the band over the years, you can hear the slow evolution of sound that brought The Upper Strata into their current form from their early Americana-laced days.

The LP kicks off with the title track, an almost eight minute, montage of slowly shifting sounds. Layering guitars, synths, and “found sounds” to create musical meditations “inspired by fog”, The Upper Strata creates a monumentally chill album, meant to be consumed in its entirety, from start to finish. Fog is the perfect soundtrack for those rare rainy days in the desert or to help you find your way to an evening mellow after a haggard day. The album came out last week so head to Bandcamp to preview/purchase Fog. And make sure you catch The Upper Strata live when they pass through their old stomping grounds on their U.S. tour – with stops in Tempe and Tucson…

Papa D and the Union Thugs

Papa D and the Union Thugs

What happens when some of Arizona’s finest session musicians and touring talents join forces to jam? They create a chill blues album that provides the perfect accompaniment to the onset of the Autumn chill. Kicking off the album with “Lookie Here”, Papa D and the Union Thugs immediately establish a refreshingly retro vibe with the finesse of practiced players. “It’s Your Voodoo Working” kicks up the energy and give the ensemble a bit more space to stretch their skills before the slinky “Death by Rhumba” takes the reins.

All but one of the songs on the album clock in at well over six minutes so this is definitely an album for the true music hounds and not casual radio station scanners. Look for your pop hits elsewhere. This is solid blues, true to form and impeccable in its performance. But when your band includes Papa John DeFrancesco (organs & vocals), Jerry Donato (sax & vocals), Jon Rauhouse (pedal steel & vocals), Bryan Fahey (drums), Mike Eldred (guitar), and John Willis (bass), people are going to have pretty high expectations. After all, these musicians include in their CV the likes of Neko Case, John Mayer, Lynyrd Skynyrd, Iron and Wine, and Nils Lofgren, amongst countless others…