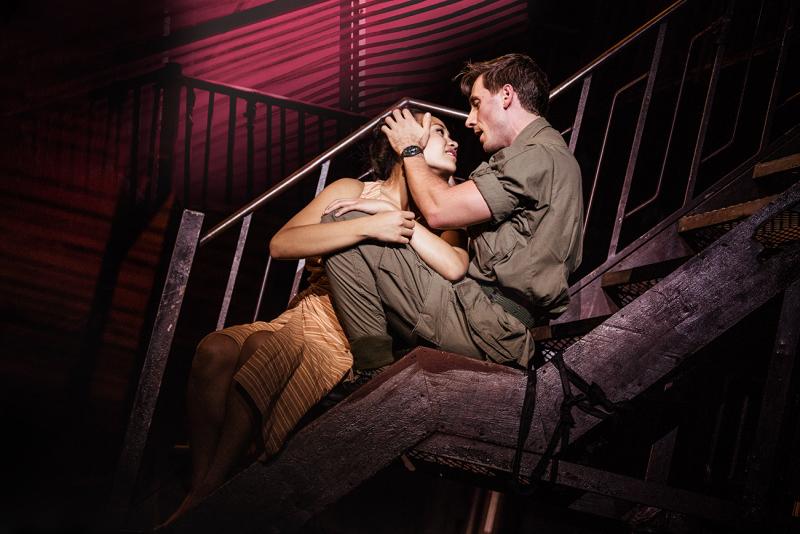 Miss Saigon is generally considered a modern classic. A cannon work in Broadway’s soaring age of powerful, post-Golden Age, works. It opened in the West End in 1989 and premiered on Broadway in 1991, winning several Tony Awards for performances, although none for technical or developmental components. Based on Puccini’s Madame Butterfly and inspired by a photograph of painful childhood separation after the Vietnam War, it was the Schonberg/Boublil collaborative work immediately following Les Misérables.

It is a show that is both poignantly topical, while also coming off as wildly out of synch with the modern day. It has never ranked amongst my huge and ever-growing list of favorite shows. But having not seen or listened to it for many years, I went in with a more mature perspective and an open mind that it would surprise me. I must say from the outset that, for anyone who enjoys this show, this production is quite exceptional. The performances are incredible, the direction is thoughtful, and the sets and costumes are stunning. But for those of us who are not attending with an established affinity for the work, it may be somewhat difficult to get through. 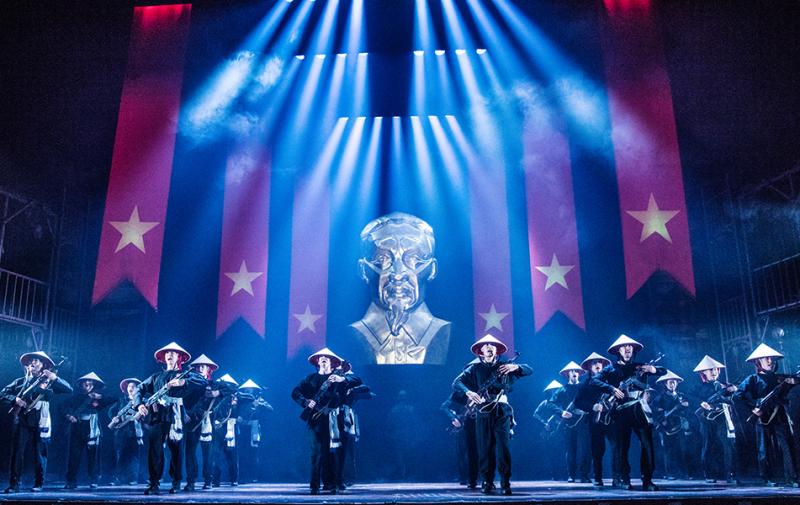 In a nutshell, it is a story about the consequences of war. Loss, displacement, suffering. It is a story that may need to be told. Stories we don’t often hear. The children conceived by warring factions. The exploitation of indigenous people, concealed by the fog of war. Sacrifices that parents make for their children. It is in no way devoid of important themes and concepts, nor is it devoid of the grandiose spectacle of a high-budget Broadway production. But at times it feels just plain icky. And it is very sad. Tragically so. Without a weighty enough counterbalance of joy. The love story develops rather abruptly, and unravels just as rapidly.

All that said, the success of this show relies very heavily on performances, as demonstrated by the Tony Award track record I mentioned previously. This revival production is no exception. Emily Bautista is unforgettable in her portrayal of of Kim, the young Vietnamese girl who falls in love with an American soldier. In her evolution through the story, she demonstrates the naivety and pain of a 17 year old who watched her parents perish in wartime, as well as the loving grown mother who is willing to make unimaginable sacrifices for her child. Her mannerisms are graceful and innocent, with a tempered and soaring voice.

Anthony Festa is powerful and compelling as Chris, the soldier who inadvertently falls in love during his forced tour overseas, then suffers the consequences of leaving that love behind. And J. Daughtry has an absolute stand-out performance as John, a soldier who acts as a catalyst for many of the most integral story arcs. Daughtry’s “Boi Doi” to open Act 2 elicited the most raucous response of the entire show, due to his insanely gorgeous voice. 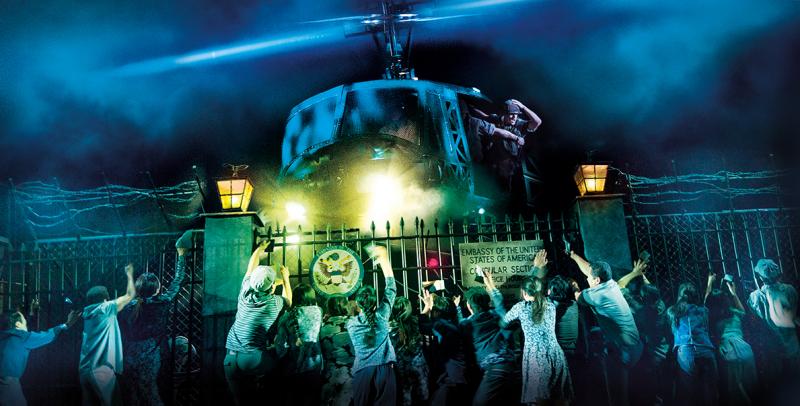 The sets are as impressive as ever. This is a show made famous by its iconic helicopter appearance, and it does not disappoint in that arena. There are also gunshots aimed at your face, core, and soul, experienced through intense and wildly uncomfortable visual and aural displays. The staging is entirely effective at causing heart palpitations, and eliciting shrieks and gasps from the house. At times it feels appropriate. At others, it feels like an excuse to induce a biological reaction, because an emotional one is not inherent.

This review may seem like a negative one, and I wish it didn’t come off that way. I always try to highlight the positive in my reviews; the things I like or love about a show. Because I know how much work goes into putting on a production, and recognize the work and talent that it takes to make that magic happen. And there are enough critics in this field that go out of their way to tell you everything they don’t like, without ever highlighting the successes.

But this was a tough production to get through. Not because of the exceptional work by the artists who brought it to us. Perhaps I am overly-sensitive. But we exist in a time when young refugees are being separated from their parents to make a political statement. A moment in time when the dream of coming to America to achieve one’s greatest potential is being stifled by political in-fighting and the building of walls. This subject matter felt ultra-raw, reopening psychological wounds not long enough dormant. But it certainly tells stories that need to be told. And perhaps this show will open doors for new ways of looking at the world we live in.

Miss Saigon plays at ASU Gammage through today. Limited tickets are still available for purchase online. After closing, it will move to southern California before heading to Washington and Oregon.