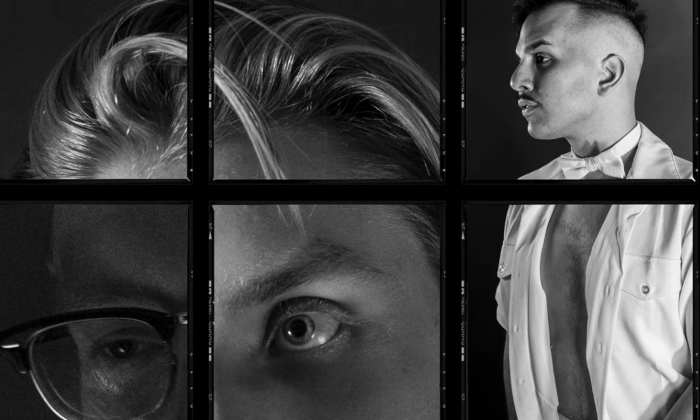 Harrison Fjord caused a bit of a hoopla with their live music video recorded on the Mogollon Rim right here in Arizona. And, since then, the band has been brewing new music and exploring the world in anticipation of creating new magical, musical experiences for their fans. Recently, Mario Yniguez of the band made a trip to Bulgaria with filmmaker Freddie Paull and now Harrison Fjord is planning a return trip with the complete ensemble to record later this year.

Yniguez and Paull made a video on their first visit to Bulgaria and we’re excited to premiere that here today. We also had the chance to chat with Mario about Harrison Fjord, his recent adventures abroad, and what’s next for the band. Read our Q&A below, but first, check out the video from Freddie Paull…

First of all, who currently plays with Harrison Fjord? Has there been changes to the lineup over the years or has it remained the same?

Mario: The crew at the very beginning was Dallin Gonzales (vocal), Jon Sheldon (bass), Kevin Mandzuk (keys/vocal/guitar), Matt Storto (drums) and I, Mario Yniguez (guitar/vocal/keys). Then Taylor Morriss (vocal/guitar) joined maybe less than a year later and not too much longer after that, Jacob Lipp (saxophone) joined. The 7 of us comprised the band for the bulk of Fjord’s career to date but for a number of personal and professional reasons, Jake left the band about a year ago. Since then we’ve added our friend Joe Horak (guitar/vocals) who is coincidentally Dallin’s cousin. \

Over the years we’ve had a number of awesome singers and players sit in for various gigs and most recently we’ve been privileged with getting to collaborate with some of the most amazing musicians we’ve ever met like world renowned classical pianist the freaking Alpin Hong, Chris Hoskins (saxophone/reeds) of Captain Squeegee, Larry Gast (guitar god) of Jared and the Mill, Vaibu Mohan (vocal), Crista Shoemake (violin), Travis Rowland (percussion), and Brady Larson (vocal) for recording and live shows.

What brought Harrison Fjord together?

It’s really been a long time in the making because Matt, Jon, Taylor, and I originally met in junior high jazz band pretty much ten years ago. Taylor and I became close going into high school and he started to show me how being in a band goes and in many ways really got me writing my own music. Matt and I did jazz band at Chandler High School and were already tight and jammed together often. Matt came over to Taylor’s to jam and pretty much since then we’ve been playing together.

Our first band together had Chuck Morriss from Jared & The Mill playing bass. Then I met Jon through theater and choir which Taylor, Joe, Matt, and even Jake were also in. Dallin then arrived after switching schools and we all got to sing together under this amazing music educator and legitimately famous barbershop chorus director named Lori Lyford. She has shaped our musical minds and freed our souls for music making in a way that changed us all and I don’t know if we’d be making music to this degree without her. Jon, Dallin, my now roommate Steven, local drag queen Rosie Cheeks, and I all sang in our first barbershop quartet together which she really championed. Kevin however, didn’t go to Chandler but was friends with Dallin and they were an acoustic duo.

Jon, Matt, and I were trying to play together and did for a little bit but it never quite took off. Kevin and Dallin were amazing songwriters and musicians and could both sing and play guitar but Kevin could also really play piano and they ended up taking a gig at Sozo Coffee where they wanted a band to play with so we joined them and after that we stayed together and got real intense about it. Taylor joined soon after and Jake not much longer after that and then finally Joe was added! Singing a capella music in various forms has always had a special place in our hearts and I suppose you could say had a large hand in really binding us together as an ensemble.

I know you kind of touch upon this in the video, but I was hoping you could expound a bit more on what has the band been working on since Polychrome. came out last year?

Everyone’s been up to different things but as a band we’ve been relatively quiet since Matt and I had been in school and we weren’t able to take a ton of shows but we’d been writing and rehearsing as often as possible. We performed at a gargantuan concert that I planned as my senior recital at ASU in April that featured the band, Alpin, a choir, and a chamber orchestra. That was a blast, but also a nightmare, so there was a metric ton of preparing and planning that ate up my life for about six months. We’re sitting on a lot of material that’s been growing since even before Polychrome. was released and then Matt and I graduated in May and have been pretty much non-stop demoing and writing, then all this Bulgaria stuff popped up.

So… your live music video, “Approximately 906 Miles”, filmed on the Mogollon Rim was a bit of a viral sensation. What was that like? Did it help you connect with new fans in other places? Or create unexpected opportunities?

First I have to say that the fact that that video was even conceived and produced was all Freddie Paull magic, he willed that project into existence and he called on a lot of amazing collaborators for favors to pull it off. In truth, I think it’s really shaped our perception of being a band and of being creators in general. To be able to have your music reach places like Uzbekistan, Australia, and even Saudia Arabia is nuts and people reach out to us every once and awhile just to share about how our music has helped them through a tough time or has a place in their heart which means the world to all of us.

In terms of the tune itself, they were the first real lyrics I’d ever written and the song proper started with musical elements that Kevin and I had been messing around with, it took shape over a couple months and then the pieces that every other individual in the band brought to it really made it somewhat sacred to us, especially considering it was probably our first real collaborative song. Approximately has always been special to us and we have a tradition of turning off the lights in our rehearsal room if we’re running that tune haha. I’ll never forget it was supposed to rain on the Rim that weekend and we almost canceled the whole shoot which was also a big camping trip, its something I think about whenever I get discouraged about taking on a giant project. The video is something of a milestone for us but we hope to have more pieces of music and videos that are equally, if not more powerful soon!

The music the band creates is such an all-encompassing sonic experience. I can’t even imagine what the songwriting process is like. I would imagine you all work together to create these tracks, but maybe you wouldn’t mind sharing a bit about that process?

I think I speak for everyone when I say that the process is amalgamous and fairly arbitrary in that there is never a clear path. This is largely because everyone in the band can write, sing, and play multiple instruments. At this point, everyone has fronted their own project of some kind throughout the years so anyone is liable to bring something to the table. Recently, we’ve been doing a lot of demoing and writing by ourselves lately just given life circumstances. Though the final creative call is typically given to the central writer of any tune, it’s a fairly democratic process all the way up to production and mixing.

So, good times in Bulgaria? What initially connected you to the music of Bulgaria?

The trip was life changing. Kevin originally showed me something early in college and it changed me. The piece he played for me was called Kalimankou Denkou performed by the Bulgarian State Television Female Vocal Choir and it also changed me then. The soloist has this enchanting sound and control, the harmony of the chorus is illustrative and at times tense, but beautiful. I fell in love with the music and started doing as much research as I could and if you have not already gathered, I’m a serious nerd.

I took an ethnomusicology course at ASU and had to do a project that I chose Bulgaria for and ended up really connecting with the writings of an American named Tim Rice. He traveled to Bulgaria in the late 60’s to conduct research and I was inspired by his journey. It ended up being as full circle as possible when our friend Maria, introduced us to the legendary Yanka Rupkina who I found out originated and sang the solo on the song that Kevin originally showed me four or five years ago. Such an amazing journey it has been.

What surprised you most about the country?

It is perched so perfectly between Europe and the Middle East so there’s this natural, beautiful cultural mix that happens there. Freddie and I were bewildered by the juxtaposition of capitalistic energy in the city of Sofia and the relics leftover from communism. Bulgaria has an astounding ancient history going back to their first kingdom around 700 AD. Then later they were ruled by the Ottoman Empire for 500 years and then became a monarchy shortly in the late 1800’s, then they became communists and allies of the USSR, then in 1990 became a modern democracy so there’s this literal identity crisis in every aspect from religion, to politics, to art and music which I think I really relate to on a personal level.

What was your favorite moment from this band field trip?

So the full band trip is happening in October! Just I and our filmmaker, Freddie Paull, made it out this last time in May. Lots of favorite moments with the band to come.

Did you make any other stops on your adventure?

Freddie and I did stop off in London for a day and met some of his family in the town he’s originally from called Buckinghamshire, then coming back, we stayed with a Shakespeare buddy of mine in Kensington. Funny enough, Matt’s girlfriend lives in Sampford Peverell in Devonshire, England and he happened to be going to visit her right as we were coming home so we all hung out in the airport for a bit together and ate prawn sandwiches.

What’s next for Harrison Fjord? New album on the horizon? More field trips?

Without saying anything terribly revealing or definitive, we’re looking at moving forward as a band through the lense of being a collective. Like I said, everyone writes and even at that, everyone writes different types of stuff so we have a number of projected releases in addition to music more in line with our normal canon. But yeah, the documentary and a record to follow our collaboration in Bulgaria in addition to at least one album of the new stuff we’ve been working on for a while and some singles. The move is to treat this next year like somewhat of an incubation period, write, record, and play as much as humanly possible to hopefully open the door to some amazing opportunities and jump out on the road. We’re looking forward to many more field trips.

You can catch Harrison Fjord live at Crescent Ballroom on October 1st.