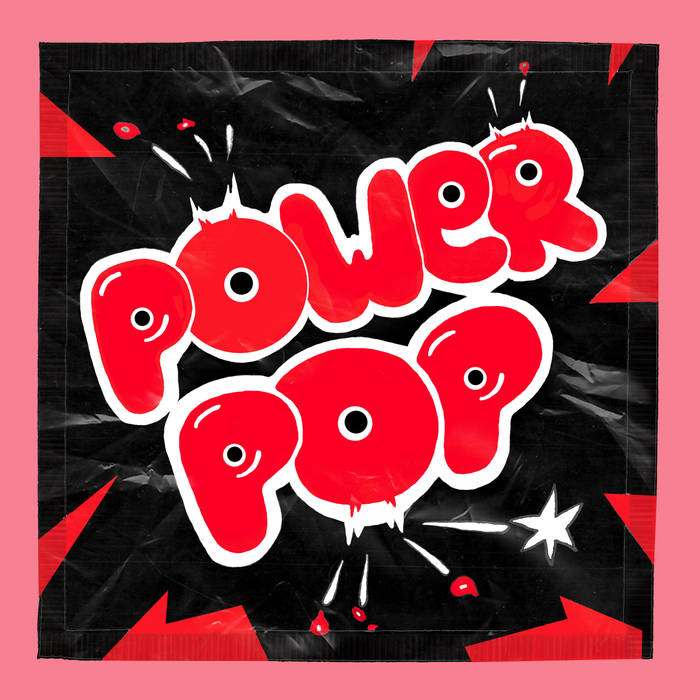 Here’s a challenge–try and think of a band name that starts with a verb. I’ll give you some time.

All I could come up with was Panic! At the Disco, and that could be a noun, depending on how you read it.

There is nothing equivocal about the verb at the beginning of Go Outside’s name, just as there is nothing equivocal about their music. The Tempe-based band makes straightforward, but intricate music with an energy that matches the imperative statement of their name. I spoke with four (Nick, Markus, Ricky, and Craig) of the members of the five piece outfit shortly before the release of their new single, “Power Pop.”

The new single “Power Pop” starts off with a classic quiet-loud-quiet-loud intro. From a musician’s perspective, what do you think is the psychology behind why that dynamic shift is so satisfying?

Nick: We appreciate the extra punch it adds instead of keeping it stagnant. We’re also huge fans of the Pixies and Nirvana, who definitely introduced us and so many others to that kind of dynamic shift! Markus and I were lucky enough to see the Pixies on their Doolittle tour when we were 16 and 12, and it had a lasting impact on us.

On “Power Pop,” the opening lyric is “I swear to God if I ever play power pop/Give me something to make my heart stop.” Out of the five of you in the band, who is the most likely to find themselves playing power pop one day? Why?

Craig/Nick: Even though he’s the one singing that line, definitely Markus. He’s the genius behind these new songs and I think home boy is on a one way trip to power pop land. He’s written hundreds of songs over the years, most of which have been buried in his laptop.

However, he’s currently putting together an album of experimental noise pop songs for his project, Cutting Moments.

One of the songs on your upcoming EP is called “You’re Perfect,” and seems to be about developing a big ol’ crush on someone at a show/party. You’re a band that has toured extensively. What are some of your best stories about seeing someone do something that caught your eye and made you fall for them during a brief encounter on the road?

Craig: Oh, man, there’s the story of Lady Craig. A wonderful girl from California who I fell head over heels for one night. We ended up hanging out for hours after the show, but it was wholesome fun. Ultimately, she left at 4 am and I slept on the front porch of the house ‘cos the door was locked. It was a winter tour, so thank god there was a blanket out there.

Ricky: I caught major feelings for one of the venue hosts and major contributors of a magazine focused on intersectional feminism and empowering marginalized groups of society. Their cultivation of a beautiful local music and art scene was truly inspiring.

Midway through our stay I realized how much of a crush I had developed, but I was much too shy to say anything about it. The more time I spent with them, the less I wanted to leave. Once we did though, we kept talking on the phone and slowly revealed we the feelings were mutual, and not even two weeks later we ended up making our way there again as a pit stop on the same tour.

Since then, we’ve visited more and they are always my favorite person to make new memories with on the road, whether it be walking by the river, making breakfast for the boys, or getting a painful stick-n-poke touch up. We still talk all the time. [This relationship] would be the post-credits scene or sequel to “You’re Perfect”.

Come to think of it, the second verse of “Power Pop” also deals with describing a brief, someone superficial encounter with someone “Your facade is still real if it’s all I know/All you are to me is a kid who likes to drink/All I am to you is a kid who overthinks.” Why did these encounters become the basis for such a large chunk of the lyrical content of these two songs?

Markus: I guess I’m just feeling old, which is a great place to be at 26. Every time I go to a show, it seems like I see variations of the same person and bands playing the same songs. It’s not a knock on them, I can just as easily be put into a box.

I’m just projecting my solipsistic alienation out loud because that’s all I can do. So yeah, basically I think too much. Here’s some stuff I was thinking.

If Go Outside was simply a band, that would be impressive enough, but all of the members of the band are people who go out of their way to further the Phoenix music scene. Your members throw house shows, create videos with Crunchtime Presents, make music videos, and just generally go above and beyond to help others. In your opinion, what responsibilities do musicians have to their local scene?

Nick: The spirit of DIY is all about giving back. It’d feel selfish to expect others to support you if you’re not backing other artists.

When we started off, if we wanted to play we had to learn to throw our own shows. We made a badly photoshopped flyer, hit up bands we had never heard of before, and piled as many friends as we could into my living room. It’s nice to be able to provide a smoother introduction to people who are trying to get their feet in the door.

Craig: Mostly, it’s just a blast to get to know all the touring acts and other locals who are grinding to find their place in the scene. Playing a big stage is fun, but nothing feels better than having a sweaty night with a bunch of unique creative people in someone’s living room (wow that sounds dirty). No one forgets those shows.

Nick: One thing we really appreciate about the Phoenix scene its diversity of sounds. We all love other genres just as much as punk music and it’s great to see them flourish in our community. But most people generally stick to their own groups of friends and bands that are similar in sound. Shoegazers stare at their own Doc Martens, party punk bands shotgun beers in each others’ backyards, and hip hop heads get lit in their own functions.

We’d love to see more cross genre bills around town to help unify all of the talent around town, it would turn some people onto great new music and give more support to bands that deserve it.