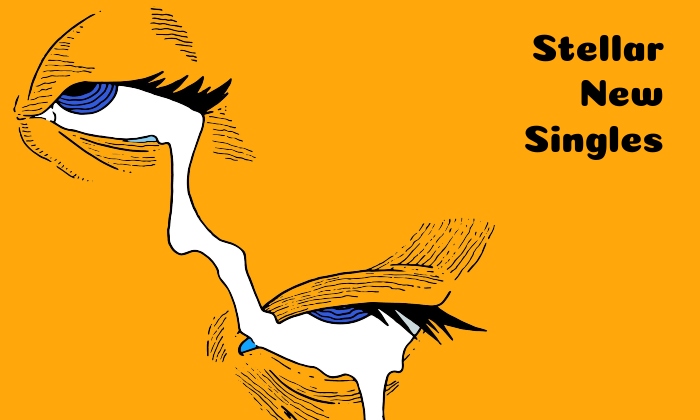 MAYA LUCIA grew up in the suburbs of Minneapolis, but the songwriter divided her college time between coasts in Los Angeles and Boston. Just last month, she unveiled her debut EP, lashing out, which features this stellar new single, “preteen”. Combining indie rock with elements of both folk and pop for a feisty sound, “preteen” dives into the tenuous waters that separate adolescents from adults and the tumultuous emotions that fill those borderlands. The angsty bedroom indie pop of MAYA LUCIA comes into full bloom on “preteen” but let this track just be the jumping off point for you because lashing out is not to be missed.

“Always A Ways Away”

Twin Ponies has long been a favorite of the YabYum editorial staff (me ‘n Mark, obvi), but we’re certainly not alone in that. And, with the band set to drop their new album, Body on Credit, next week, YabYum HQ is in quite a tizzy about the impending release. “Always A Ways Away”, the first single from the new album, is hardly a single in the traditional sense. True, it is a stand alone track meant to garnish attention for the forthcoming LP, but the song has an ambling quality that immediately establishes it as a tune for modern audiophiles and not necessarily radio listeners. The song starts off with a sludgy alt-rock sound interspersed with some airy audio effects before Twin Ponies begins the deconstruction as we move further into the track. Give “Always A Ways Away” a spin below and then head to Bandcamp to secure your pre-order while there’s still time!

Songwriter Christopher Leopold is the force behind the L.A. act known as Human Barbie. Despite the moniker, the band has an organic sound of richly layered psychedelic-infused indie rock that will launch you into ethereal harmonic spheres.  Human Barbie recorded this track on their own using 1/2” analog tape using only analog effects. The result resides somewhere between Rubber Soul-era Beatles and modern modes of mellow indie. “We Disappeared” comes to us from Get a Life, the forthcoming debut from Human Barbie. Check out the single and make sure to like/follow the band to stay up-to-date on new releases…

It’s been nearly four years since Japhy’s Descent released new music and, let me tell you, they are sounding better than ever. Taking that Tempe rock sound down to its rustic barroom roots, Japhy’s Descent packs some real punch into the performance of “Cuyahoga”, the first single from their forthcoming album. Dharmas Flight is set for release on Friday, October 11th, at Sunbar in Tempe, but “Cuyahoga” offers a small sample of what’s coming. Gritty rocknroll to combat an era of mellow indie rock. I’m here for it. Check out “Cuyahoga” and make plans to be at Sunbar next week to get your hands on Dharmas Flight (or pre-order through Bandcamp right now)…

Okay, so I’m totally obsessed with this song and can’t wait for the album to drop next week. True story. “Kite Night” by Brooklyn-based Yairms starts off with a dreamy lofi sound before quirky elements begin to scramble into the instrumental background like tiny forest creatures crowding around a wayward bard singing amongst the toadstools. Yes, that is how I feel when I listen to “Kite Night” and I can’t offer a better explanation for the uniqueness of Yairms’ stripped down bedroom indie. Make sure you give this track a listen and then hop over to Bandcamp while there’s still time to secure your own copy of Hope’s Stable, which features “Kite Night”, from Yairms and the good people of Related Records.