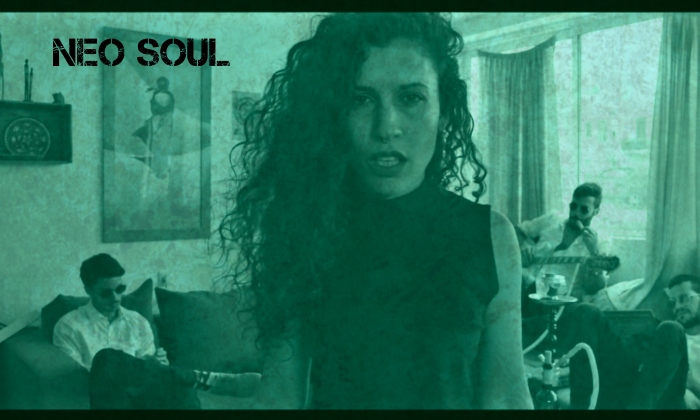 The Scottsdale Soul-inspired singer known simply as Sassidy released an eleven track LP earlier this summer. Brutally Honest offers just what it says: songwriting that cuts through the BS so get ready to get real. “Can’t Stop” kicks off the album with a simple, stripped down number that gives listener a sampling of Sassidy’s powerful pipes, but you’ll have to delve deeper into this release to hear her really throw it down. The song does have a playful feel as Sassidy’s lyrics provide the serious tone. Sassidy (aka Cassidy Alisa) melds jazzy vocals with minimal R&B instrumentals for a sound I’m finding increasingly addictive with each listen…

This musician from Toronto might barely be of drinking age, but his songwriting reveals a quiet sensibility well beyond his years. His new single, “Carousel”, has a chill NeoSoul sound as Jon Vinyl explores the nuances of early love. Let Jon Vinyl help you set that mellow mood by adding “Carousel” to your playlists. And, while you’re queuing tracks on Spotify, make sure to check out other singles available from this promising new artist.

“Is This Really Love?”

SLWLY is a PHX NeoSoul duo that’s been flying under-the-radar for a spell now but should probably be brought to your attention… especially if you like kickback synth-infused bedroom R&B. The two musicians behind SLWLY might be keeping their true identity under wraps, but rumor has it that they’re working on a trinity of EPs for public consumption. Let SLWLY soothe you as they set you to questioning, “Is This Really Love?”

Albert Tales is not a man, but an 8-piece, female-fronted band from Israel mixing up Funk and NeoSoul for a timeless sound. The band met while attending music college and caught the attention of Freshly Squeezed who will be releasing Albert Tales’ debut EP this coming September. The band goes big on bass and on brass, but its the powerful lead vocals from Keren Siri that adds an Amy Winehouse appeal that really seals the deal on my newfound love for Albert Tales.

London singer-songwriter Loria Boban gets straight nostalgic with her throwback funk style and we’re all about it. “Funk Lover Soldiers” takes a powerfully positive message and adds some serious get-down instrumental energy to achieve protest through peace and harmony. This live music video took a total of 29 people to bring this groovy orchestral expression of positivity to life with Loria Boban’s smokey vocals stationed front and center. Get down with “Funk Lover Soldiers” from London’s Loria Boban and her cohorts.