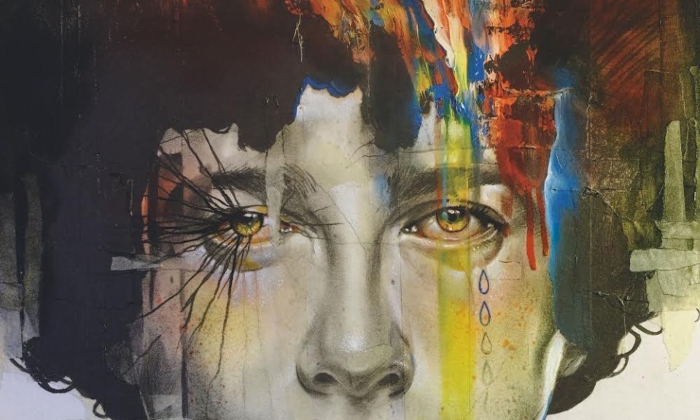 The Cincinnati band known as Carriers is quickly rising to national attention and, with the release of their new single, “Another Guy”, you can really hear why. The five piece is built around the songwriting of Curt Kiser and this new single also features the talents of Bryan Devendorf (The National) and John Curley (The Afghan Whigs). Basically, indie fans can’t miss with the soft-spoken charge of Kiser’s lyrics against the rich layers of dreamy instrumentation. If you love “Another Guy” like I do, don’t miss out on the album from whence it came. Now Is The Time For Loving Me, Yourself & Everyone Else is available for preview and purchase (digitally and on vinyl) through Bandcamp. Make sure you take it for a spin.

Maybe you, like me, slept on the re-release of Brian Lopez’s album, Prelude. If so, you’re chance to score the freshly pressed vinyl is off the table, but you can still sink into the lulling sounds of Lopez’s songwriting thanks to the power of the internet. “Meta, Fall in Line” kicks off the release and sets a dreamy tone. Perhaps it won’t be surprising after listening to the album to learn that “Lopez originally recorded these ten songs over a two-week period from 6pm until 4am in his bedroom.” Maybe that’s what gives this lofi masterpiece its hazy half-awake feel. If you aren’t already invested in Prelude by Brian Lopez, give the album a listen. CD and digital copies are still available for those of us who missed out on the limited edition reprint.

Lui (pronounced “Loo-ee”) is a Phoenix singer-songwriter formerly of The Red Leslies. But, in this new solo incarnation, Lui uses synths and an acoustic guitar to create a whimsical soundscape for his earnest lyrics for this new single. “Need Someone” has a quixotic charm and a retro tinge tucked beneath the bedroom synths. Lui is definitely an artist you’ll want to keep an eye (or ear) on. Check out “Need Someone” below or over on Spotify where you can follow along to stay current on new releases. You can also head here to check out the music video for the single.

Simen Mitlid somehow manages to carve a path between uplifting and downtrodden on his new single, “After a While”. The Norwegian singer-songwriter is known for his calm yet lush soundscapes and it’s that combination that drives the previous contradiction throughout the track. The somber lyrics set adjacent to the subtle but vibrant instrumental orchestration creates a place for quiet reflection while the easygoing energy adds a layer of chill to the entire experience.

Singer-songwriter niko rose recently released this aptly titled bedroom indie-electro single along with two others on an EP simply called 3 Songs. It just might be subtly of the songwriting and the stripped down performance that really makes “sleepyhead” the sleeper hit on this list (see what I did there?). niko rose doesn’t need elaborate orchestrations to have an emotional effect on the listener. Nor does he apparently need a Facebook page. What he lacks in production (or PR) power, he makes up for in his honest songwriting and stellar vocals. Give “sleepyhead” a listen below or head to Spotify to hear all three tracks from by niko rose.