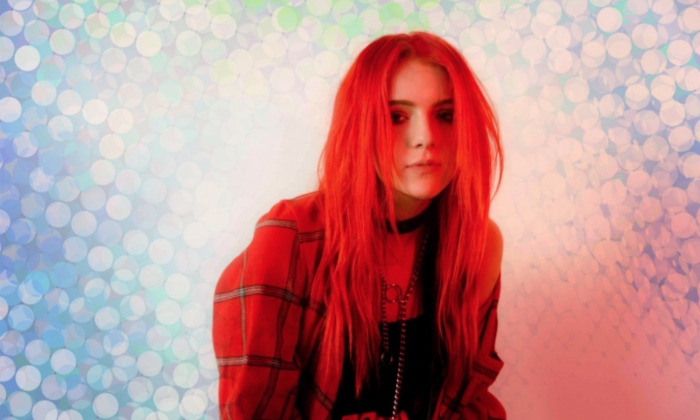 This rising talent combines pop punk fuzz with some serious grrrl pwr vocals on her new single, “Psychosexual”. No surprise WRENN has already caught the attention of some pretty prominent music publications with her grunge revival. No, I’m not talking about us, but we dig her too. “Psychosexual” balances the beauty of the vocals against gritty guitars and amped up energy. Don’t sleep on this one. Take “Psychosexual” for a spin.

Singer-songwriter Chris Reiswig is the force behind local hard rock band Arizonan Summer. And, for those not in the know, there are few things more brutal in this world than summers in Arizona. Although Arizonan Summer definitely hits the rocknroll hard, I would not go so far as to say this track is brutal in its delivery. Instead, “Perpetual Slip” sounds like a guitar-driven, classic hard rock revival and I’m about it. “Perpetual Slip” is the first single from Arizonan Summer’s debut LP which came out this summer (obviously).  If you enjoy “Perpetual Slip”, don’t miss out on the album from whence it came, Temperatures Rise.

She Drew The Gun

The UK band known as She Drew The Gun released this re-envisioned single (originally by Frank Zappa) by putting their own modern spin on both the lyrics and the soundscape. “Trouble Every Day” might’ve originally been released in the 60s, but in re-releasing it, She Drew The Gun shows us just how relevant the song remains throughout humanity’s ongoing social justice struggles. As songwriter and vocalist Louisa Roach explains, the revised song “takes a look at the issues that are facing us at the moment from the rise of the far right to the threat of climate change and the role the global media corporations play in supporting neoliberal ideology.” Now, I don’t want to cause a riot or anything, but I like the remake more than the original. So put that in your pipe.

“A Song for Alice”

Just this morning I read that a person dies by suicide every 40 seconds. That seems like a pretty staggering statistic but many of us know people who took their own life.  Gil Rodriguez, songwriter for Ghost In The Willow, addresses this epidemic and the deep felt sorrow felt by survivors in this new single, “A Song for Alice”. Walking the line between punk and indie rock, Ghost In The Willow has established their own stride outside the conventions of traditional genre breakdowns.

This fuzzy pop punk back from Delaware feels a bit like a mashup of the All Girl Summer Fun Band and Mannequin Pussy which definitely makes for a super fun and feisty sound. Their latest single, “No More Bad Nights”, comes to us from the band’s forthcoming EP, Never Again, which is set for release next week. If you like your sad grrrl music in garage rock form, look no further than Eyebawl and join me in the wait for their new EP. Until then, spend some time with “No More Bad Nights”.