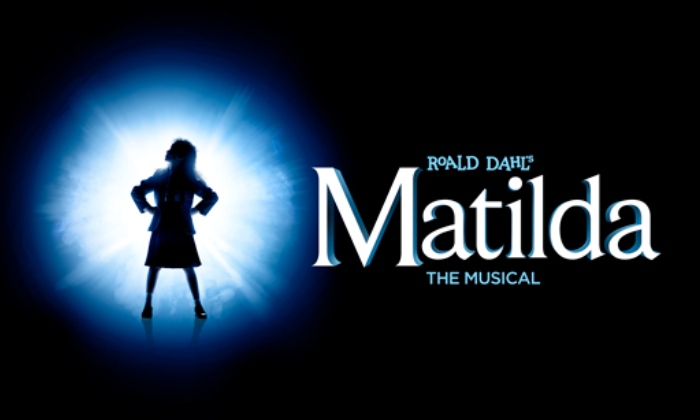 Matilda is a musical based on the beloved children’s novel written by Rold Dahl, the author of other acclaimed classics including “Charlie and the Chocolate Factory” and “James and the Giant Peach.” The show premiered in London in 2011 before moving to Broadway. It was nominated for a multitude of Tony Awards in the 2013 season, winning Best Book, Best Scenic Design, and Best Lighting Design.

It is the story of a brilliant young girl who is born into a family that does not appreciate her. A mother who only values the superficial, with the depth of a dry puddle. A con artist father who wanted another son, and has an affinity for television, hair and money. And a monosyllabic brother that fits perfectly into the family mold. Matilda finds comfort and reprieve at the library, reading and telling stories to librarian Mrs. Phelps. Then she goes to school, and destiny unfolds when Matilda’s teacher Miss Honey recognizes her intelligence and capabilities.

The sets are utterly spectacular, with tremendous depth and grandeur. All of the show’s iconic moments are fully accommodated. A child thrown by her pigtails and flying through the air, untouched chalk magically writing an ominous message on a chalkboard, and the swings that make “When I Grow Up” such an unforgettable number. From beginning to end, Valley Youth Theatre’s Matilda is visually stunning.

As beautiful as the show is, as is always the case at VYT, it is the incredible young performers that make this show undeniably special. There are many familiar faces in the cast of over 40, as well as some newcomers. There are no weak links, but there are several standouts.

Ronda Felton (Mrs. Phelps) has a warmth and maturity well beyond her years. Ava Rylee Newton (Lavender) has natural stage presence, and is completely adorable to behold. Trevar Howell is fearless in his portrayal of the evil headmistress, Agatha Trunchbull. Both comical and terrifying, just as Trunchbull should be.

Vivian Paige Nichols is charming in her portrayal of Matilda. With just the right mix of precociousness, bravery and innocence. Stephanie Larson radiates as the kind and broken Miss Honey. Larson’s voice is impeccable, both in speaking and in song, and she has the tenderness and loving nature required by her complex character. And Jared Barbee is practically perfect as Mr. Wormwood. Barbee’s hysterical physical mannerisms, flawless British accent, and odd charisma make his the greatest portrayal of Matilda’s father I’ve experienced, including on the Broadway tour.

Matilda is about perseverance and bravery. It treats intelligence with reverie, reminding us all that reading is actually cool, and that creativity can be our greatest asset. It’s a show about how love and friendship will find us, even if it is not in the most obvious of places. Matilda is about embracing what makes us all special and exceptional, and refusing to yield even when there are powerful forces trying to stifle us. And VYT’s production of this fun and powerful show, with themes that are important reminders for all of us, completely knocks it out of the park.

Valley Youth Theatre’s production of Matilda is playing at the Herberger Theatre Center’s Center Stage through August 25th. Tickets start at just over $20 and can be purchased online or by calling the box office at 602-253-8188. Season tickets packages are also available.