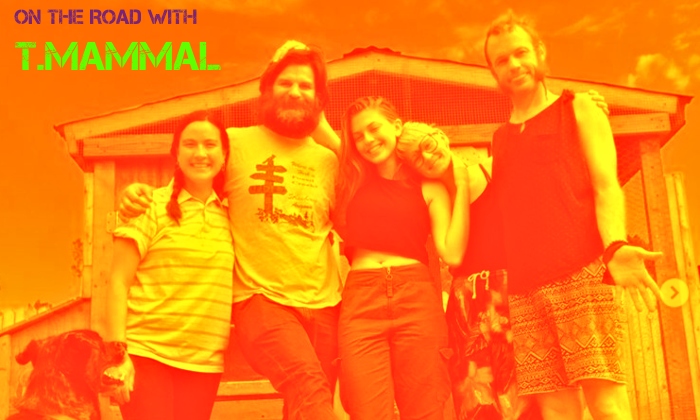 I have to admit that going on tour with Treasure Mammal might be on my secret bucket list. And, given their revolving cast of players and dancers, I might actually have a shot at making this dream a reality someday. This summer, the ragtag band packed up and hit the road for a nine city tour in just 11 days. We caught up with Abelardo Gil (aka Charlie Prospect) after Treasure Mammal returned to home turf to talk T-Mammal, tour van tunes, and more…

How long have you been performing as Treasure Mammal?

This November Tmam will be 16 years in existence.

It certainly seems like the shape of the band has changed over time. When I first started YY, I remember seeing a T.Mammal show and it was just you and a 4-track, I believe. How has the T.Mammal experience evolved through space and time?

The T Mammal line up has constantly been an amorphous entity. For the Moist As Hell Tour it was one drummer and two dancers. But the amazing thing about this project is that sometimes we’ll go to a city and add some dancers to the mix if people are down. We like to keep it as open as possible. In Austin, Dallas, and Denver we had a few extra dancers/ wonderful people in those cities.

With regard to the Moist As Hell Tour, how many cities? In how many days? For how many shows?

Is there an anticipated audience response to the Treasure Mammal experience? Or does it really vary from town to town?

The anticipated response would be to let go of your inhibitions, participate in the antics, and dance. I would say the only spot were people were completely disinterested was in New Orleans. Everywhere else we played, people were into it. But I’d like to think of that situation as a challenge.

Following along on Facebook, there are a lot of fun band names that fill the bills of your tour stops. Were there any favorite bands that really stood out for you on this trip?

And for all the fellow musicians reading this, any favorite places you played on this tour? Venues or cities.

My favorite place to play is always in Austin, TX because I have family there and it feels like a local show for us. In a second place tie, I really liked playing in Nashville, TN because everyone was so welcoming and after the show everyone who attended/ played the show went to go get sandwiches. The other second place contender was Charlotte because we got to eat cicadas with Emotron and we stayed at a farm on the outskirts of Charlotte that was owned by the Taft family (Yes, President Taft).

Who performs with Treasure Mammal these days? Was everyone along for the trip?

For the most part, it’s always a pretty steady rotating cast. For this tour, it was master tiler Andy Hiller on drums, archaeologist Holly Hall, and lavender harvester Taylour Geiss on the dancing tip. Andy and Taylour have the band Alhhla who was playing all the shows with us for the tour. Taylour had just started playing drums two weeks prior to the tour and played drums for Alhhla for all the shows which was pretty amazing to witness. It just reminded me that human beings are capable of soooooooo much as long as you push yourself.

How many people took part in your musical caravan this tour?

Do you stop to take in the sights on tour or is it mainly gas stations and alleyways behind bars?

For the most part, we had an average of a 7 hour drive everyday so unfortunately, there wasn’t much time to explore / hangout.

What does Treasure Mammal listen to in the tour van? Podcasts about aliens? Rotating album picks? Top 40 ONLY?

What is on your list of tour survival gear? Extra cables? Extra drummers? Furbies?

We are putting the finishing touches on our 10th album. So, I am trying to get some collabs together for the last song of the record. I think it will be finished in the fall. Fingers crossed!

But as far as things coming up, we are playing the Indie 500 at the Trunkspace on September 21st, we are playing the Glow Festival in Oracle on October 5th, and I’m going to be performing as Elton John for one song on October 30th for Halloween & Oates at Valley Bar. I’m planning on coming out with a synth country album sometime in 2020. 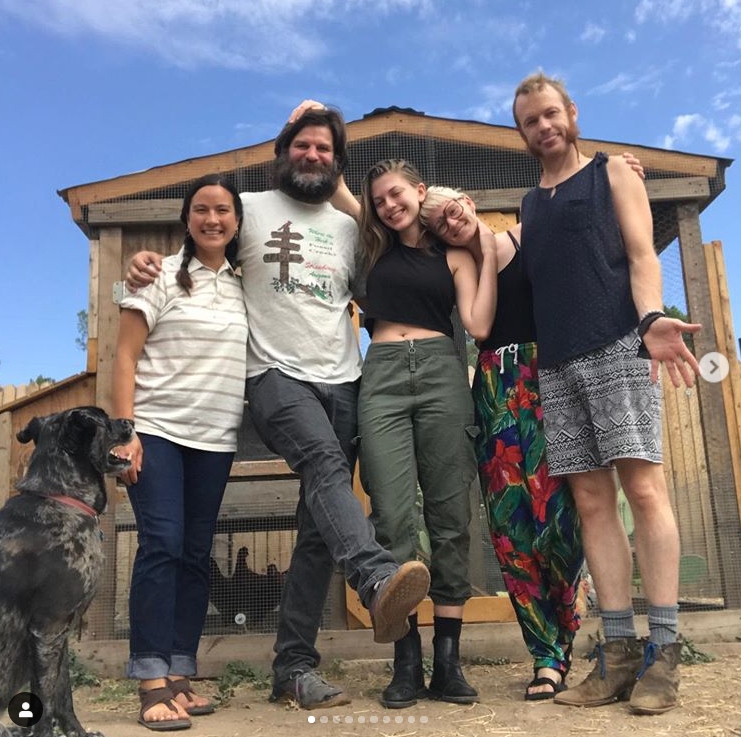 All photos borrowed (with permission) from Treasure Mammal’s Instagram.