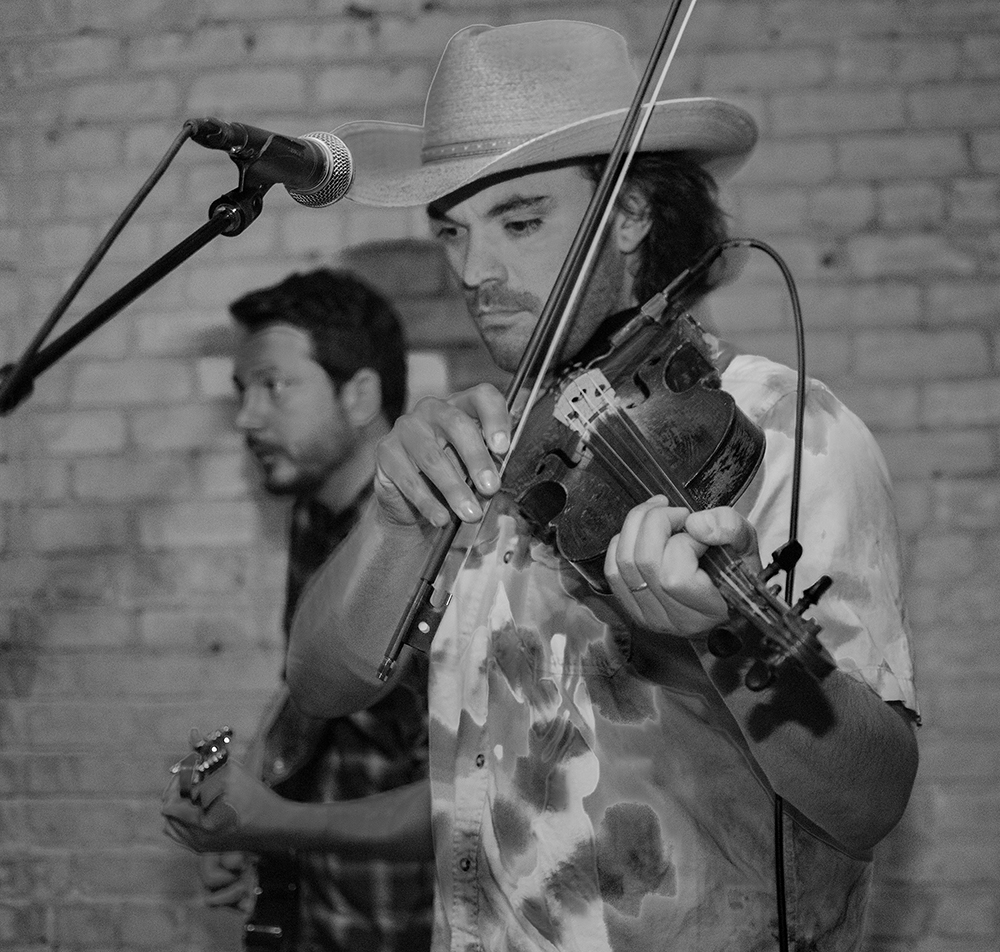 I didn’t think for a moment I would end up on the doorstep of the Crescent Ballroom, two shots of Jack Daniels in, about to cover my first country show.

If it wasn’t for the antics and abrasive lyrics their brand of folk-punk-country-something culminating into the analogy of a lone tumbleweed, I probably would have had second thoughts. Country and I never really got along well. And, while I am privy to good storytelling, some classic artists, and an earthy sound, I felt I could never relate to the core of what country stood for. I grew up farthest from the lifestyle of rural living and the monochrome morality I associate with it, never knowing much about what modern pop country stands for. According to the flyer, this would be a special show commemorating the birthday of guitarist, vocalist, and harmonica player, Tyler Matock, with a bonus opening set from local country rockers, American Longspurs.

Taking place in the lounge of the Crescent Ballroom, the crowd slowly grew to fill the smaller barroom to sizeable proportions. American Longspurs entered the modest stage with their collection of country rock as well as some new additions from their upcoming album. While I still stand by my original comments on modern country, I commend the band for catching my ear with seasoned storytelling and passionate energy. Zachary on vocals and guitar was clear in his diction conveying the lyrics, while my favorite contributions came from Chester Carmer, who casually flaunted his instrumental prowess on the fiddle, mandolin, and guitar. 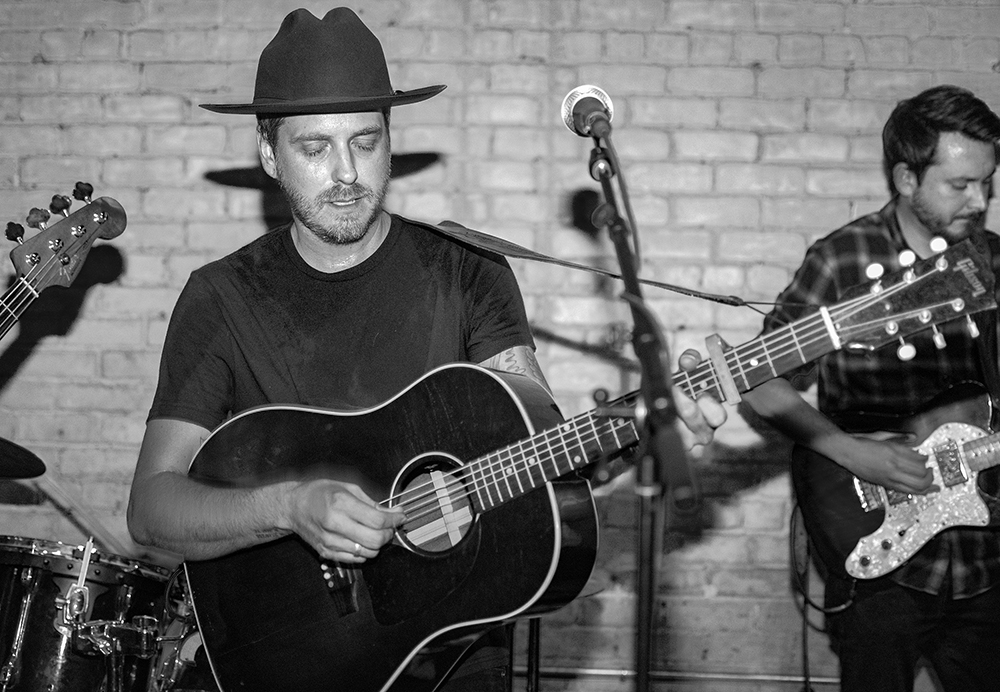 Nick Pawlowski on guitar should also receive kudos for busting his ass during solos, even though he was relegated to the back of the stage, with John Churchill on drums calmly bringing semblance to the ensemble. Aside from a cover from the late-and-great Merle Haggard and one from a recent alt-country artist, Sturgill Simpson, their set focused on the problems of the common man, but with less focus on hyperbole and more on taking responsibility for their exploits.

The bluntly titled “I’m Thinking That All of That Drinkin’ I Did Last Night Was a Bad Idea” entered the second line with “I lost my phone and I got too stoned, got kicked out of the bar again; at that point I should have gone home but on down the road I roamed,” simultaneously lifting their noses at lyrics about pick-up trucks, but keeping their approach to the human spirit casual. They warmed up the crowd with past tracks “Whiskey Feelin,” “San Antonio,” and the aforementioned track, but treated the crowd to over six unreleased and upcoming tracks off their new project. Now that the crowd was prepared, American Longspurs took their final bow after they finished up the new track, “Two Southern Cut,” with as much Midwest moxy as they arrived. 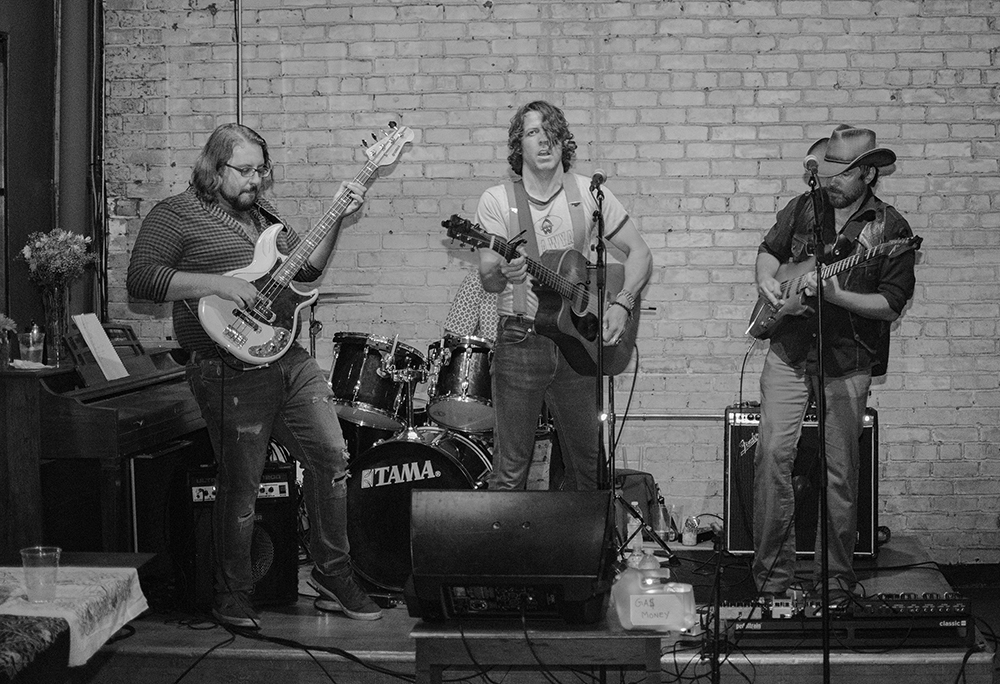 Even after enjoying this brief set, I was still feeling like a little queer city boy.  So this “queer little city boy” had about two more Lime Rickeys and then curbed my intake since this seemed to be a gathering of family and friends. And, while I may not know Tyler Matock on a personal level, I caught Tyler and Jesse Gray of Mr. Mudd & Mr. Gold at Jason Brock’s “Spring Fling” event earlier this year. At that performance, shoved into a ten-minute slot on a bill which was bursting to the seams with random genre performers, the formally dressed duo sat on the church stage and belted their bandit country / folk / punk hybrid tunes of 1-3 minutes each. Luckily for them, the short length of their smarmy lyrics allowed the pair to perform a larger portion of their catalog than other performers. 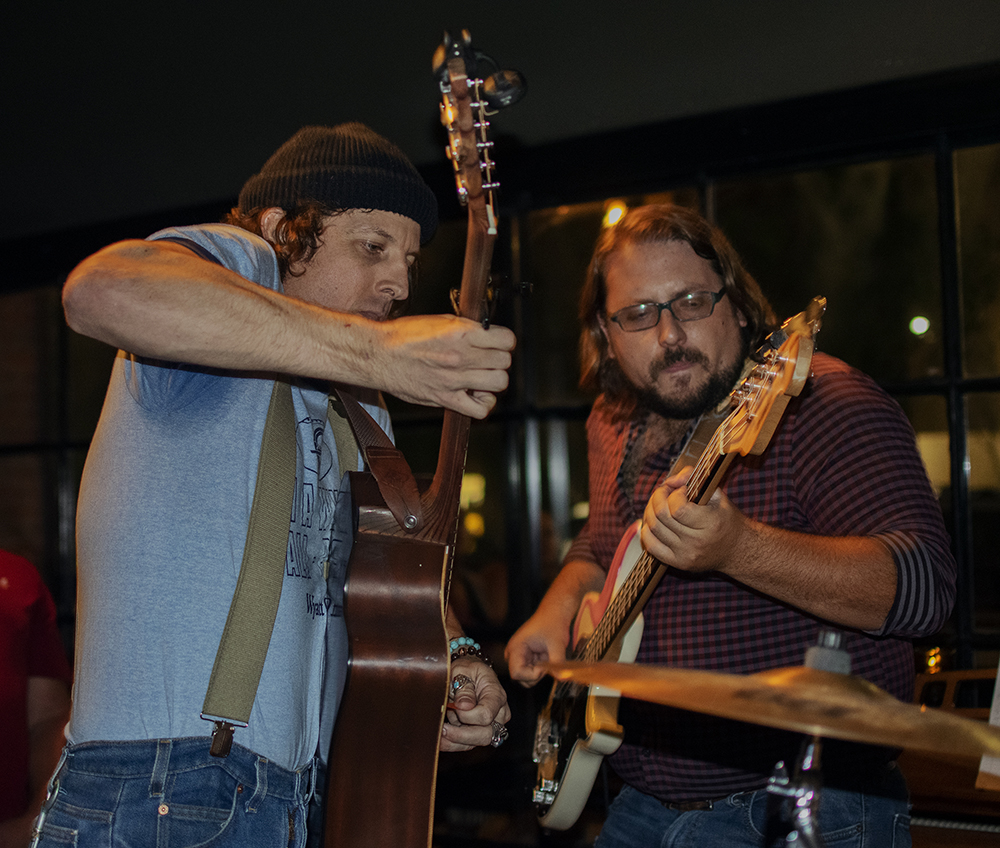 This time around, Mr. Mudd & Mr. Gold weren’t serving a sample of their work in American Bandstand format. And the duo’s punky, folk-country sound would be transformed by the addition of Connor Pritchard on drums and Sam Bohlman on bass to fill out their sound. The original duo split up their set. They covered two tracks as a duo (“Killing Floor,” a cover from Howlin’ Wolf, and an old folk standard, historically titled: “I Want To Be A Mole In The Ground”), but joined the full band for later tracks. After the show, I spoke with the birthday boy and Jesse to get the official lowdown on Mr. Mudd & Mr. Gold:

“We met at an open mic in late 2011 and both liked each other’s stuff, so we decided to get together,” said Jesse Gray. “We started putting some songs together and soon enough we were playing. At that point it was a duo, [with] Tyler on acoustic guitar, vocals, and harmonica, [with] me on banjo and suitcase drum and tambourine [which] I played with my feet.”

“We did that for a long time [and opened] for bands we’d been into for a long time – JD Wilkes, Justin Townes Earle, Sean Bonnette of AJJ, Reverend Peyton, Those Darlins, etc,” Jesse continued, “Then we started playing festivals like the McDowell Mountain Music Festival, Pickin’ in the Pines, Country Thunder, and Pot of Gold; It’s been really great.” 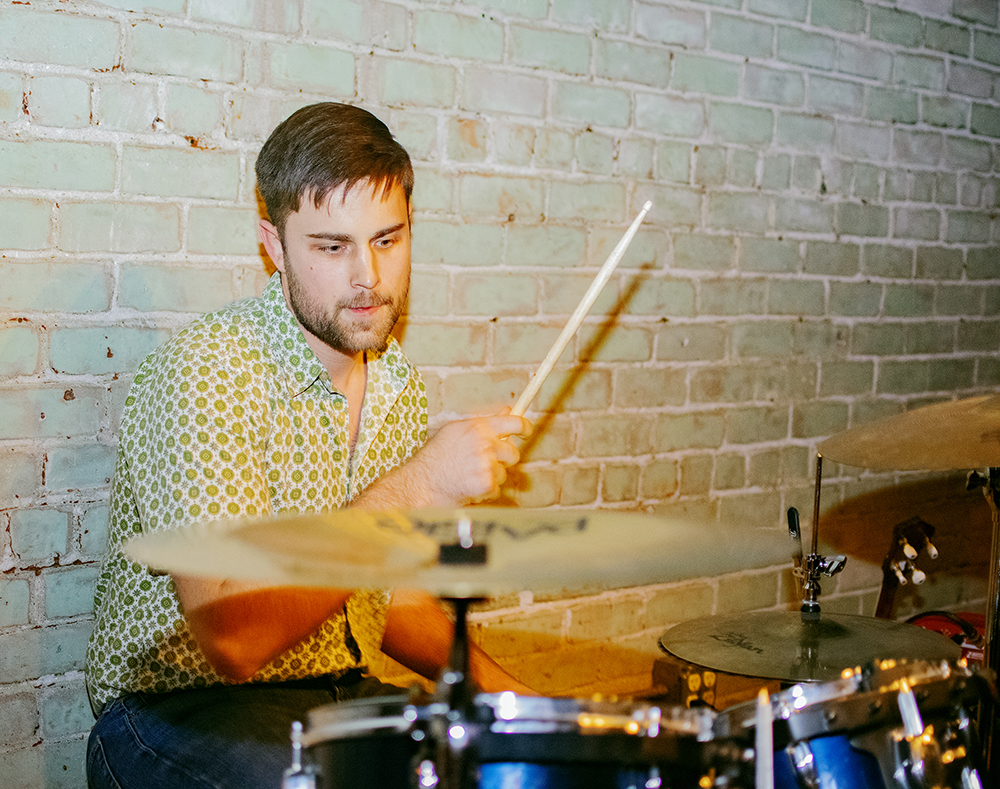 Their performance contrasted the earlier American Longspurs by mixing in some harsh punk sensibilities with traditional country, which gave a new sound to a genre based on history and heritage. Compared to their performance as a duo, the full-sound helped Mr. Mudd and Mr. Gold appear less like quick-witted vagabonds, and more like a musical Midwest crime syndicate. Jesse was more than happy to talk about their future as a band and its production:

“We released our first album a couple of years back that we recorded with Jalipaz and Dan Somers of Audioconfusion,” Jesse explained. “[We] wanted to bring in more of the different elements we’ve always been into: rock, psych, pop, electric sounds, [but also] heavier sounds. This was our second show with the full band [and we] will be recording a new album soon.”

Although American Longspurs edged me halfway there, Mr. Mudd and Mr. Gold help me cross the line to become a fan of the country. I can’t say for sure that I enjoy the full breadth of this genre (yet), but I can safely assure readers I had a fantastic time at my very first country concert. 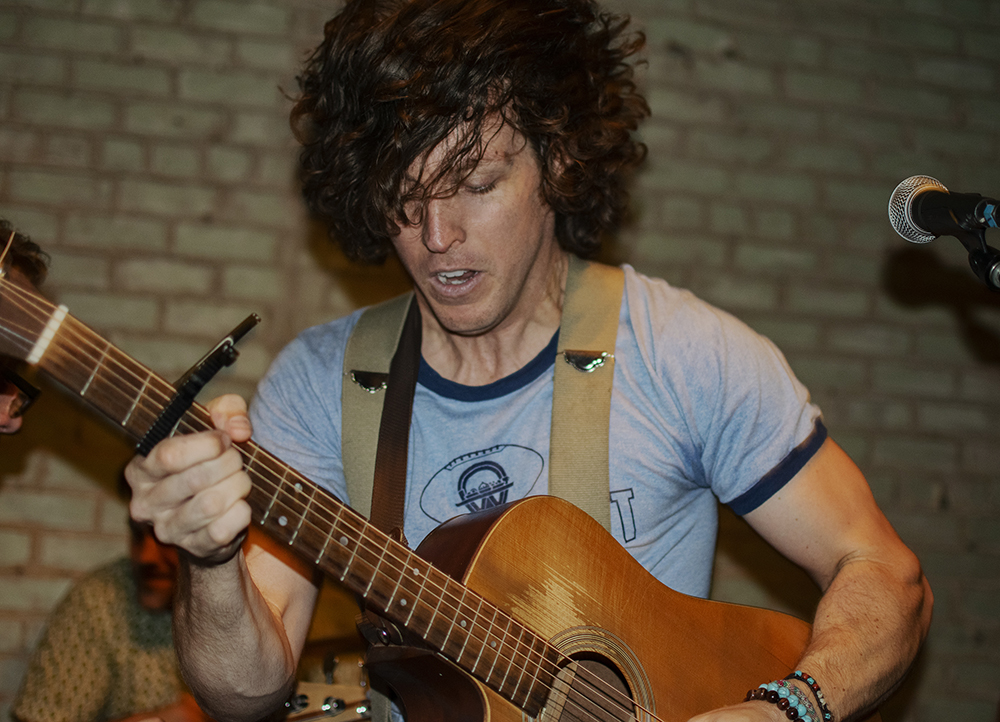 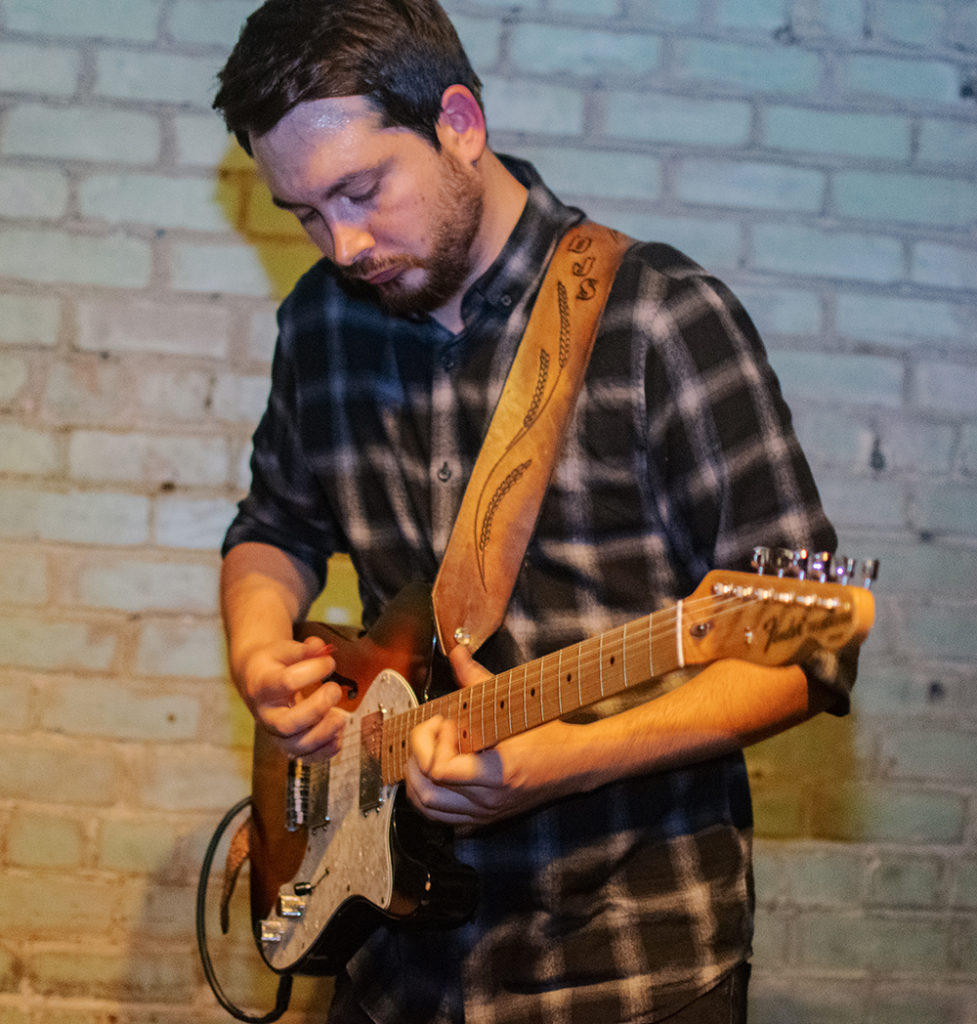 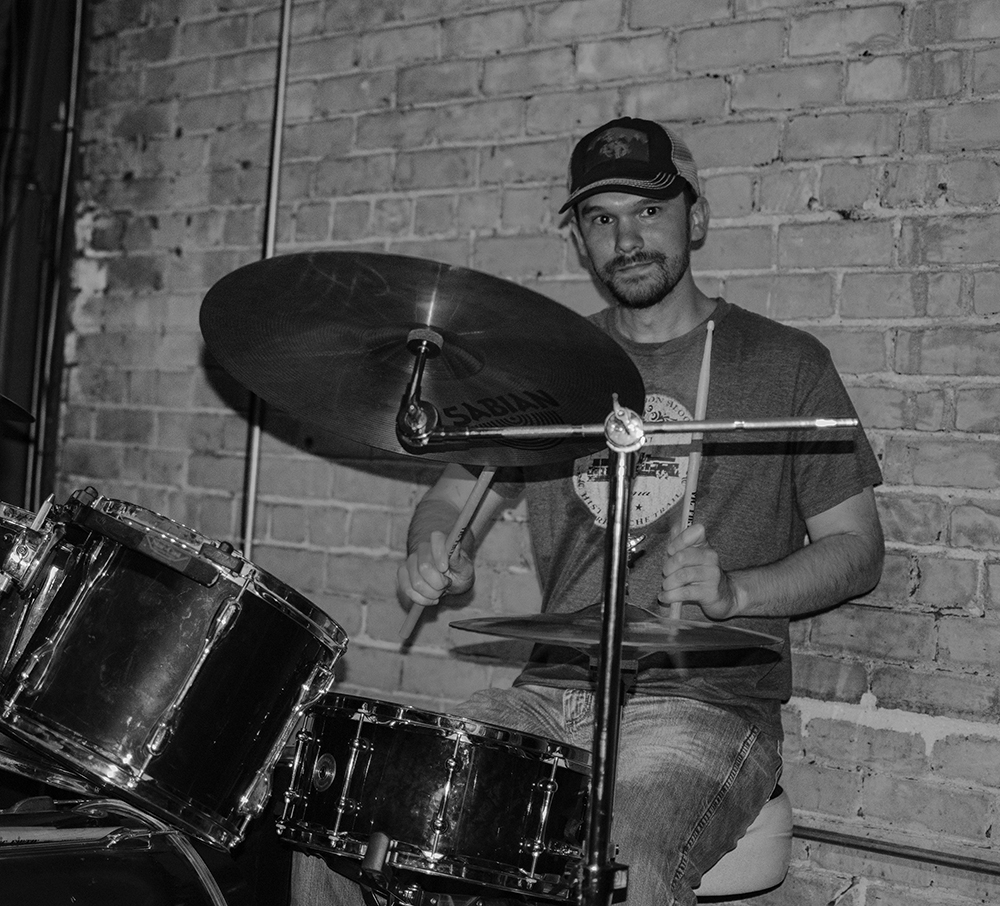 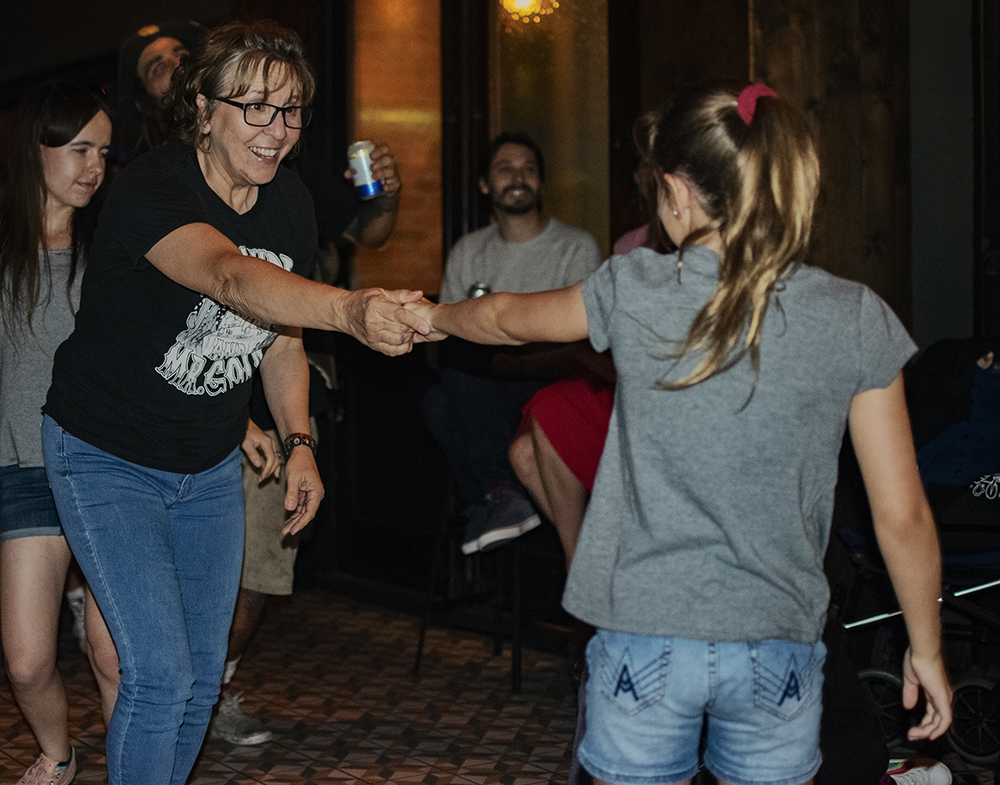 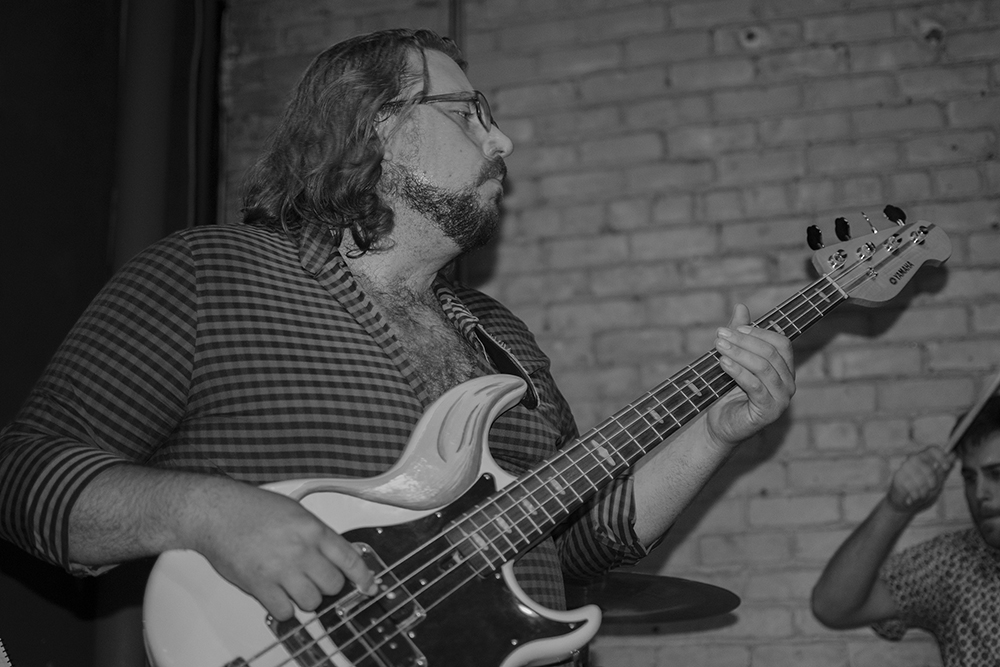 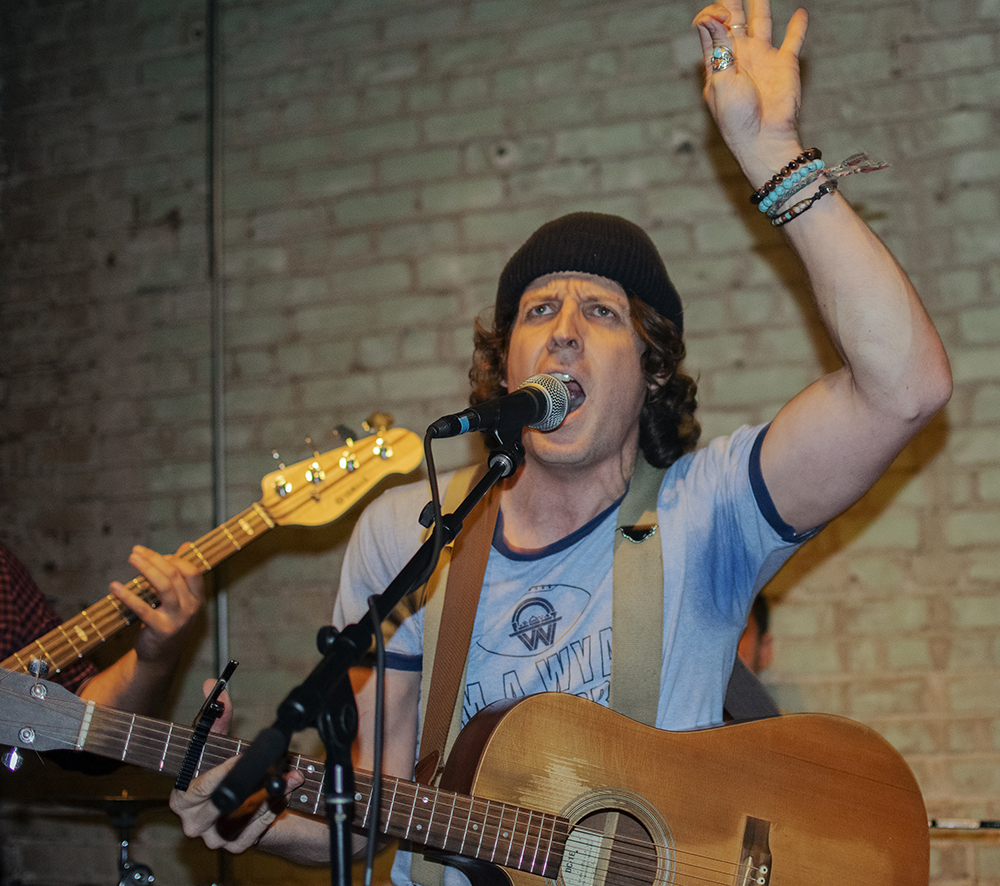 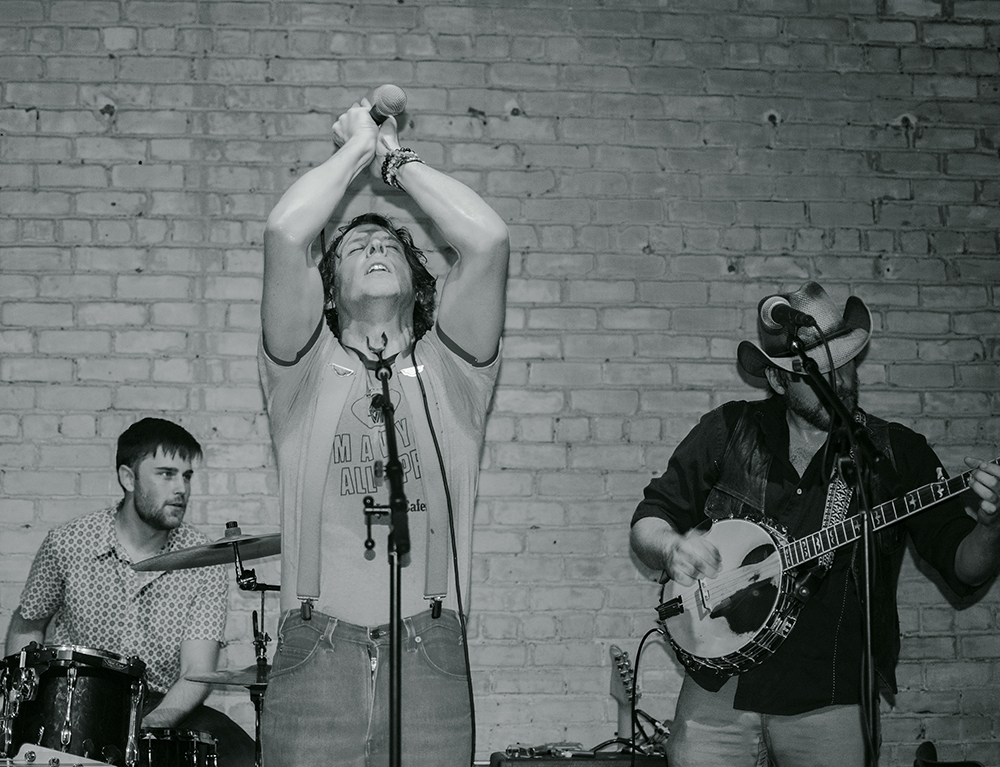 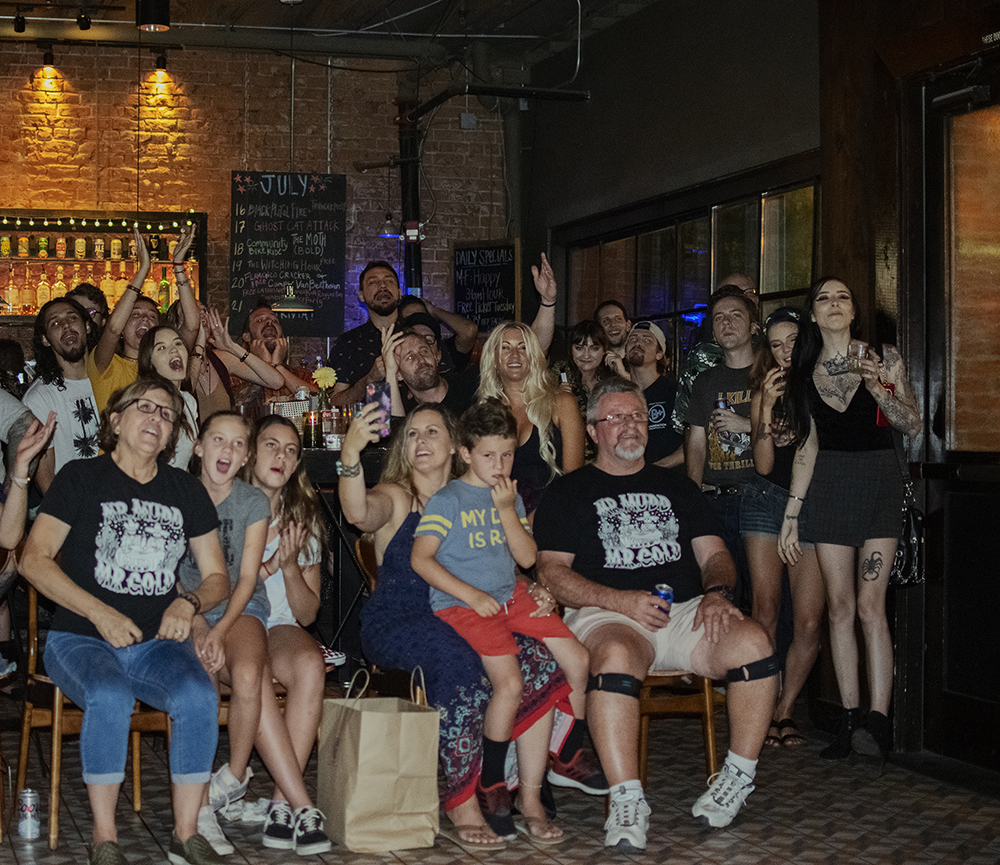