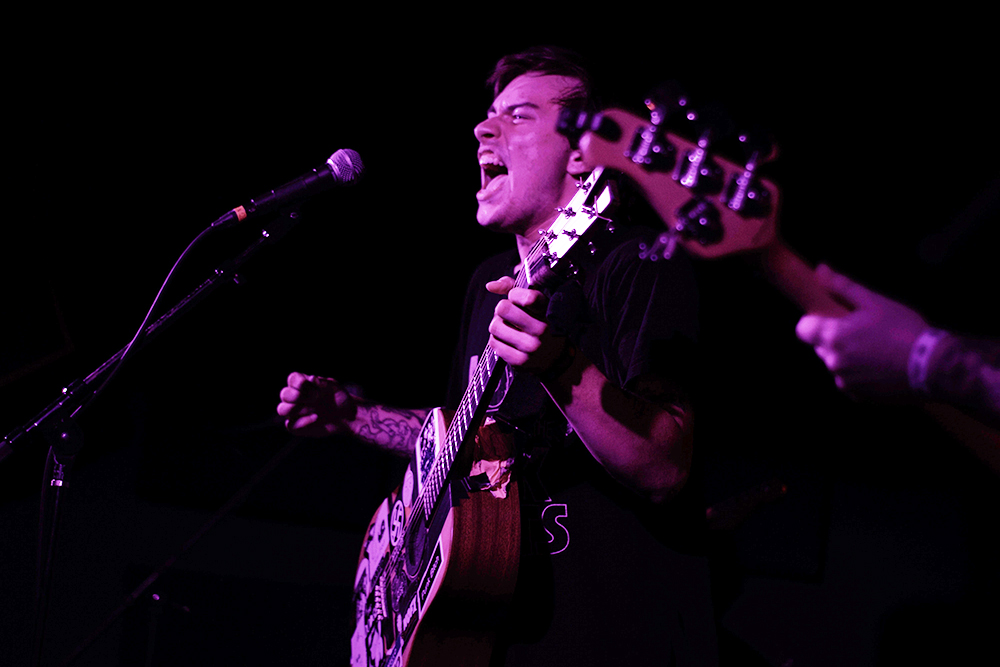 Every songwriter thinks of themselves as uncommonly honest. After all, vulnerability and openness tend to be points of pride for people who make music. But as with all things, there is some level of artifice to the musical community and it can be challenging to determine whether someone’s honesty is genuine or performative.

I don’t know Sam Etling all that well, so I’m not going to make any sweeping claims about his honesty, but I will say he volunteers information (both in his music and in interviews) that casts a glaring light on his flaws. He is also one of the few songwriters who is willing to examine how he uses his music to manipulate people or rationalize problematic character traits. And for those reasons, I find him incredibly interesting.

I spoke with the man behind the band Sore Eyes a few days after the band released their latest single, “The Cornetto Strikes Back.”

Jacob Unterreiner: Your music could easily be described as confessional. Are there any songs you were frightened to release because of how vulnerable they are?

Sam Etling: I have a couple songs that I was worried about releasing because of lyrical content, but the one that sticks out in my head is a song off of my first album, It’s a Party, Why Not? called “You’re Hurt, I Get That.”

The song delves deep into my admittance that I was one half of a toxic, abusive relationship. There are lines like, “You call me back inside and I just lose my shit,” and, “I’m just a piece of shit and there’s no need to fight that,” that highlight the fact that I have some very real anger issues that I need to work on.

Coming out and saying you were an abuser and trying to explain to everyone that you have remorse and you’re working to be better is a scary fucking thing.

Are there things in your life you don’t write about because they’re too personal?

Longer answer–Sore Eyes is how I vent and admit and recover. If I put anything off limits I would be lying to myself and I would be lying to everybody else. Whether it be addiction, heart-ache, depression, anxiety or regret it will be there, warts and all.

You seem to bounce back and forth between doing songs/performances with full bands and as a solo acoustic artist. What are some of the challenges of switching between those two atmospheres?

The scary thing about being in a band is that if I mess up, everybody is going to mess up. If I go to a chorus too early or forget to start singing, I can’t just play it off like it was on purpose. Other than that, playing alone is scary as fuck. When it’s just me up there I feel like they [the audience] can see a darker side of me in a clearer way.

If you could only perform with a full band or as a solo acoustic artist for the rest of your life, which would you choose and why?

God damn, you came with some hard hitting questions!

If you had me up against a wall I would be forced to say full band. There is nothing in the world that compares to the energy of a full band set. And there’s nothing like seeing people jump around and mosh to something that you wrote.

You have some dark lyrics, but I think the one that resonated the darkest with me was the line, “I’m so scared of being alone/After this chorus you’ll surely let me go.” There is something depressing about the idea of being in someone’s life only as the voice in a song, when you’d like to be more permanent than that. What’s the story behind that lyric?

I was in love with this girl for a year and I felt like the only way I could speak truthfully to her was through songs that I wrote. It’s kind of the reason that Sore Eyes exists at all. Confessions of love hidden beneath fun melodies and poppy guitar parts.

Based on that response, do you ever feel like you use music as a way of avoiding intimidating conversations? For instance, maybe there’s things you should say to someone in-person, but you put it in a song instead. You can still say you’re being honest, since you’re putting those words out into the world, but it also might be a way to avoid intimate vulnerability.

Absolutely, I’ve always feared confrontation. Sitting down with someone and having a tough conversation has always been something that I’m not good at. That’s not to say I haven’t ended up having conversations with the people who inspired the songs, but there are a handful of those talks that might only live in the form of a song for the rest of time.

…That came out a lot more pretentious and dramatic than I meant for it to be. 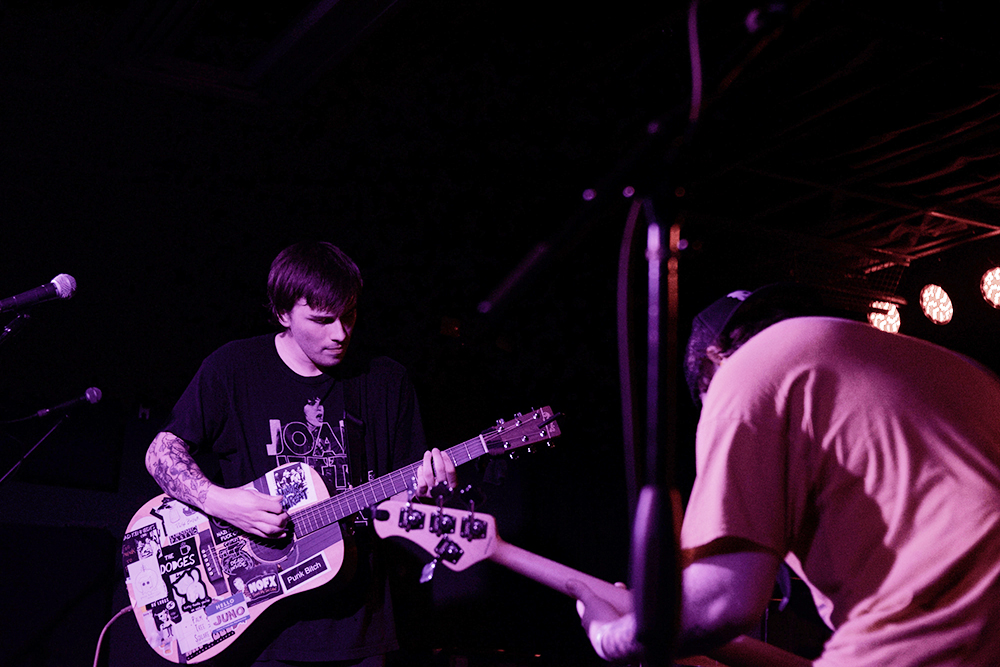 [Laughs] This is easily my favorite question I’ve ever been asked and it might have a more complicated answer than you were expecting.

You’re right, that question had a much more complicated answer than I was expecting. Why do you think people (and men in particular) use sex in order to achieve intimate comfort? It doesn’t seem like the most direct route.

I’d like to start off by saying this question is way above my pay grade.

But if I had to speak from personal experience I’d say that it’s, in a way, the most personal thing that humans are physically capable of giving each other. To know that this person wants to share a part of themselves with me that they don’t share with 99.99 percent of the population feels very special.

Of course in the case of pornography that’s not the case, but that’s sort of what I’m trying to imitate with the kind that I pay for.

Make sure to listen to the newest Sore Eyes singles “The Cornetto Strikes Back.” on your preferred streaming platform. Check out Sore Eyes on Instagram @ TheRealSoreEyes and Sam @ SamIsDrowsy