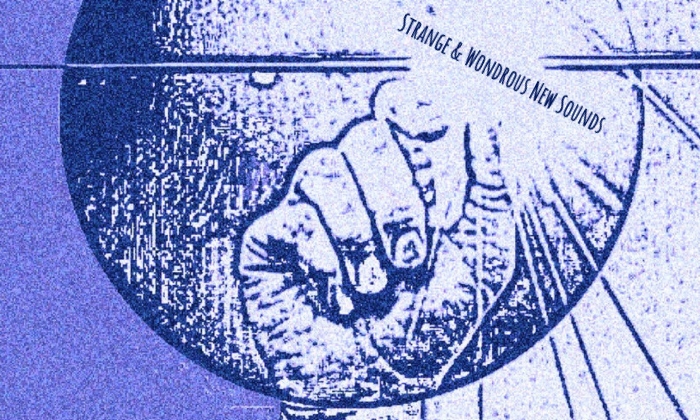 If you like dreamy post-rock, “Shimmer” is here for all your atmospheric indie needs. This PHX band keeps the soundscape hazy in proper shoegaze style, but Dovi adds in nebulous vocal layers to keep things on an astral plane. I’m definitely down for the disembodied feel of “Shimmer” by Dovi. This single marks just the first sampling of the band’s forthcoming LP so make sure you smash those like/follow buttons for Dovi on your preferred platform to stay current on that release. And, for our local readers, you can catch Dovi live next month at The Trunk Space with Cross Record and Justin Moody (another YabYum lo-fi favorite).

Bandits on the Run

Bandits on the Run is a three-piece act from Brooklyn, but their sound seems to draw from both Americana and Eastern European folk roots. The trio honed their “folky-rocky-rootsy-romantic sound” playing NYC metro stations before launching a successful Kickstarter campaign to finance their first album. However you want to describe the earthy-urban sound of Bandits on the Run, “Potted Plant” is a song that I can’t seem to hear enough. I’m guessing many of you will feel the same so give it a spin right here. And then head of to the band’s Spotify or Bandcamp page to hear their very latest track, “Sweet Thing”, which just came out in July.

Hēran Soun was born deaf and only gained the ability to hear at the age of nine. And music has been a driving obsession for the Oakland-based artist ever since. “I Offer” creates a lush soundscape that doesn’t quite move and swell in the ways you might expect. Hēran Soun’s approach is minimal and precise. The layers of sound feel specific and not simply clustered for “texturing”. The result is a beautiful sonic exploration. Take the journey with Hēran Soun and “I Offer” below…

Fans of nerdcore hiphop need look no further than the musical combination of Jon Ditty & DJ Hurley for their latest earworm. These Florida-based musicians met at a freestyle open mic back in 2017 and having been working together ever since. Ditty’s lyrical prowess combined with Hurley’s sharp instrumentation seems like a match made in Heaven. Or, surprisingly, Florida. Like we just mentioned. Check out the artist Tampa’s Best of the Bay called the “Best Local Hip-Hop Act” down below. And, if you like what you’re hearing, make sure to take the new album from Jon Ditty & DJ Hurley for a spin.

The musician performing under the musical moniker Hawk Mother is a PHX-area artist known more for her efforts in the visual arts arena. But, no surprise, she had additional talents lurking behind all those jellyfish paintings and super cool patch designs. Of course, Hawk Mother is flying under the radar so we can’t direct you to additional musical offerings quite yet. You’ll just have to enjoy this lush, soft-spoken soundscape and visualizer for the “Darkness Demo” and keep your fingers crossed that more music might be waiting down the road…