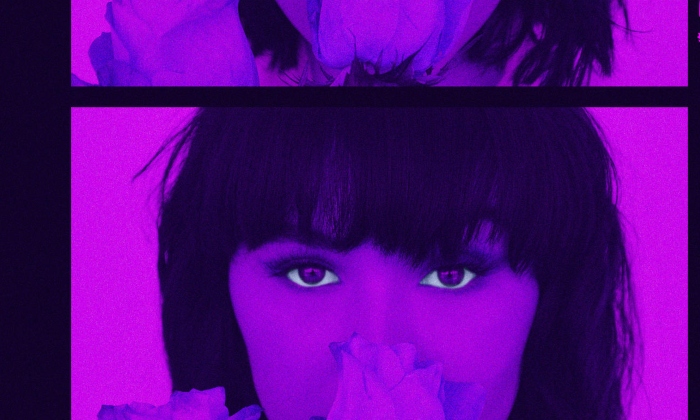 Just in case you didn’t pick up on a theme emerging on recent UPSAHL singles (see “Drugs”), this songwriter seems to be growing tired of her good grrrl indie-pop image. As a music lover, I’m all about this. “Wish You’d Make Me Cry” has a great mix of edgy and fun – like buying a punk album from a store at the mall. UPSAHL is not afraid to explore new space, aurally or physically, and she’s ready to take fans on her journey toward self-understanding with her honest lyrics. We’re definitely entering alt-pop territory, but the track still comes wrapped up neatly in a polished radio-ready package. I’m so here for it. This single comes right on the heels of UPSAHL’s EP, Hindsight 20/20, which came out earlier this year on Arista Records. Check out the new single and then head to Spotify to hear more songs from UPSAHL.

“A Song About Crying”

This rowdy indie rock band from Tucson draws inspiration from acts like AJJ and Joyce Manor and you can hear that influence in their latest single, “A Song About Crying”. The lyrics mix wry humor and surrealist visions while the surrounding music mixes indie with emo and adds a shiny layer of pop punk energy. This single comes to us from the band’s 2019 cassette release, Self-Titled, which is also available online through Bandcamp. BUT you can still score a cassette copy if you act fast. As you move further into Self-Titled from Rough Draft, you definitely see more of those aforementioned influences rise up, but in new, inventive ways.  I’m digging this whole album.

This indie-rock four-piece from PHX is ready to make waves with this stellar new summer single. “I Won’t Let You Go” has an infectious sound that will lift your spirits on that late night summer drive. New Chums has a vibrant indie sound that oozes out feel good energy.  “I Won’t Let You Go” is the first single from the band since their 2017 EP, See if for Myself. Let’s hope this new track bodes well for a new album from New Chums lurking on the horizon.

I love some breezy Brit Pop on lazy summer days. Les Gold does not, however, matriculate from overseas. No, this band comes to us from Portland, but they pair an easygoing musicality with lissome vocals for  a chill summer sound reminiscent of some early indie from across the pond. There’s a seasonal romance woven into the lyrics and the right musical mix of summery Pacific surf and mellow Northwest indie. Les Gold hits dream pop gold with “Out at Sea” so make sure you give this single a spin.

If summer means only going out after the sun has set, The Deadbeat Cousins are here for you. This band from Mesa makes music that sets the scene for a barroom brawl and this new single will have you aching for a fight…. or, uh, something. “Slow Down” adds a bluesy swirl to amped-up alt-rock. This single comes out swinging but the attitude is positive once you dig into the lyrics. This track opens Get By, the 2019 album from The Deadbeat Cousins that just came out last month. Check out “Slow Down” here and then head over to Soundcloud or Spotify to hear the new LP in full.