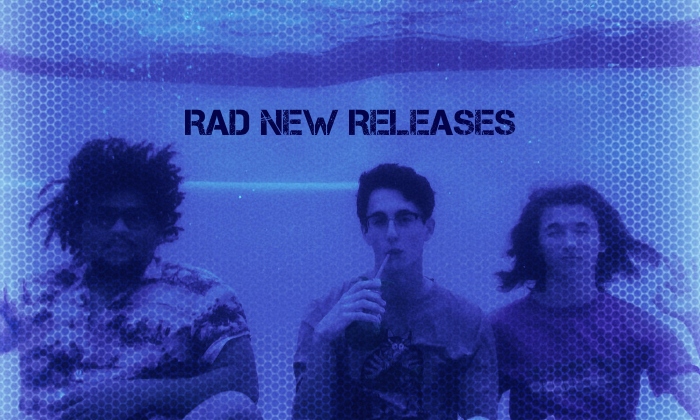 Just like the name suggests, Blu Joy creates a serious Summertime vibe on their new EP of the same title. The intro track – “Slick (Not So Cool Anymore)” – sets a retro pop sound to a modern fun-but-slouchy style before “Beach Boys” solidifies that Blu Joy sound. Basically, I’m obsessed with “Beach Boys” and its homage of harmonies. Blu Joy really takes some of the best of retro rocknroll and gives it a new, relaxed feel. You can hear it throughout Summertime, including “Teenage Misconception” which follows with that hanging-out, lurking-around-the-neighborhood feel, but I’m not totally sure what the misconception is here. The song seems to suggest that the kids are alright so maybe everyone over 30 should just stop worrying about youngsters these days. Maybe. “Alex” slides in at just under two minutes to close out the EP but it’s no less lively than its predecessors. Summertime by Blu Joy was recorded and mixed by Jalipaz at AudioConfusion.

Feverfew is a musical undertaking of Sissy Flowers who comes to us from Tucson by way of Chicago. Fake Happy delivers ten fuzzed-out post-punk tracks for those that actually like some punk in their post-punk. This album might have atmospheric moments but the heavy grunge aesthetic injects some serious angst into the shoegaze that rides the edges of Feverfew’s sound. The album was recorded and mixed by Matt Rendon at Midtown Island Studios and features Nate Gutierez (bass) and Johnnie Rinehart (drums) to fill out Feverfew, but really is the gritty, growly vocals of Sissy Flowers that drives the dive bar dingy sound of Fake Happy. Don’t miss out on this Tucson gem.

The Tempe Rock trio known as Mama Butane dropped this sweet 10-track album earlier this summer and, if you haven’t spent some time with it already, it definitely warrants the gander. Make Some More Mistakes kicks off with “The Runaway” and sets a lo-fi garage rock sound that one can easily associate with the band’s home base. At times throughout this album, the performance can feel pretty raw, but that seems like an intentional choice on the part of the band in recording this album. Mama Butane definitely seems like they didn’t want the spit-shine of a studio on their basement pop punk sound. And that same rawness on the emotive end really amps up the power of Mama Butane to move you.