Somewhere in December of 2018, I embarked on a series which highlighted the home life of Phoenix celebrities and people of interest to show readers a personal side to their artistic achievements. My first article covered the Phoenix-based DJ Tryb and led to an interesting offer by my YabYum editors to turn the article into a series, to which I obliged. In the same fashion as betting your money on an iron-deficient horse named Lucky, I grossly overestimated my ability to somehow exhume the latest article from the dark recesses of my acid-drenched pineal gland.

After many understandable rejections of the concept by those wishing to keep their lives private, I found the “yes” in Chelsey Louise, guitarist and lead vocals of Arizona band on the up-and-up, Fairy Bones. Nestled in an east-central Phoenix neighborhood with a nondescript dirt front yard lived the lair of pop-punk late twenty-somethings I was slightly intimidated by. While the delivery of Chelsey Louise was warm, the house was so busy — with my usual OCD Martha Stewart behavior — I didn’t know where to start with photos which captured every personality.

Chelsey led me through the house, ignoring the casual bedrooms while focusing on the various classic movie posters which lined the hallway. Before checking out her bedroom, she also pointed out the various theatrical productions she had been apart of. Before we grouped up for the interview and I finished my photoshoot, I witnessed the legendary Chelsey spread cream cheese on a bread product of what some might call, a bagel; it was a fascinating process, indeed.

I sat down amongst the various elderly canines and animals that colored the room below the mismatched decorations looming above, started my recorder, and tried to awkwardly engage the band (minus bassist Ben Foos) with questions on their career and what they consider home.

The interview began informally while I managed to get my bearings. The dogs barked in the background for the attention I wasn’t giving them.

On their longevity as an Arizona local band, Matt Foos admitted they might be too stubborn to quit: “I think if one of us really wanted to quit, the others would just stab them in their sleep,” he mused.

“I think the four of us know it was special when we met, [since it’s] hard enough to start a band, let alone find your best friends,” Chelsey Louise interjected. Matt and Chelsey began to banter off of Matt’s statement, “what is there to do, [like] get a house and have a fucking family?” Chelsey confirmed they would never do that. I also knew at that moment the dry, acerbic delivery of Matt Foos would pierce whatever shell of charisma I had left.

“I think another good thing about being in a band is having the fans be apart of it,” said Robert Cicua, guitarist. 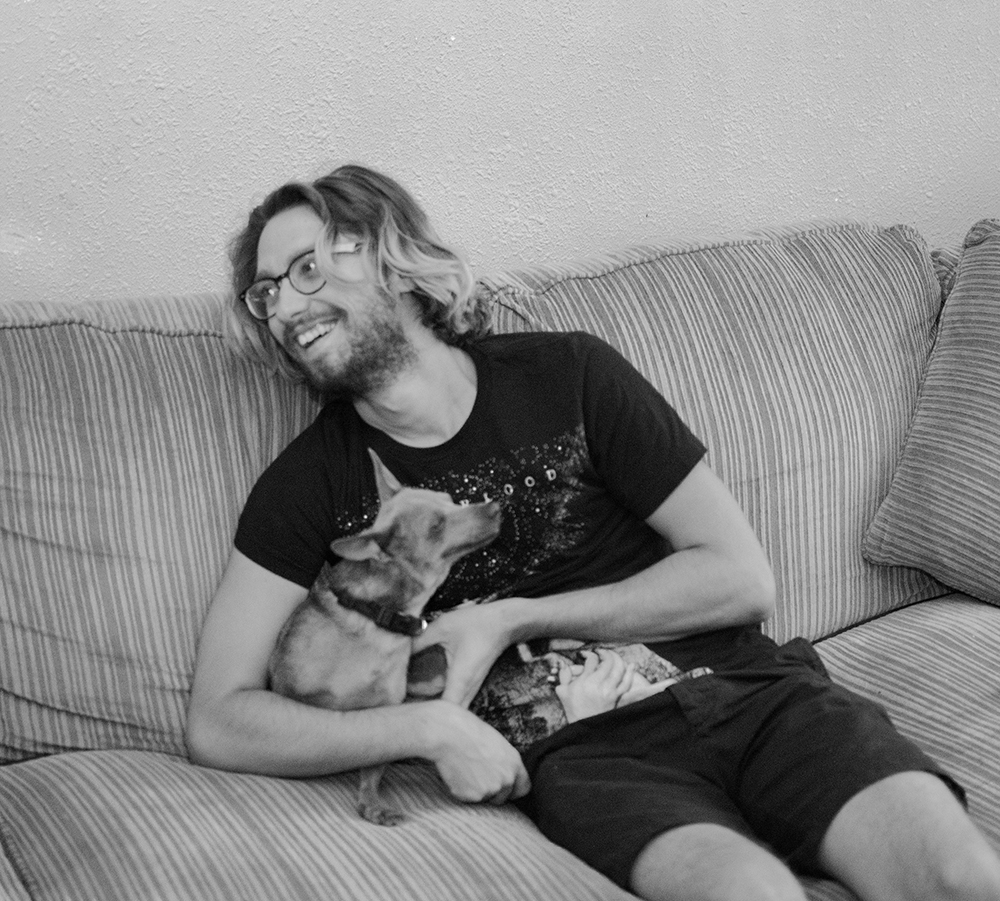 The conversation then skirted between me asking their least favorite song to play live (to which Matt answered “Heat on the Lips” from 2015’s Dramabot). The next portion of the interview focused on what improvements could possibly take the Arizona music scene to the next level:

“The big thing about Arizona is that you have to drive everywhere,” said Chelsey. “In Denver and Texas, places which have big music scenes, [have bars in each other’s vicinity]. It’s exactly what Chuckie’s is trying to do in Downtown Phoenix, but it’s still too hot. So, go vegan, and help save the world,” she shouted.

“She’s right about that: all the big music scenes [are a nexus]. When we toured with Highly Suspect and we went to Portland, it was one street,” confirmed Matt. “There was a 500 [audience cap] venue, two different bars at about 200 cap, and focused in one area. Phoenix doesn’t have a central hub.”

“They make it about seeing different bands in one night and making a night of it,” Robert and Chelsey agreed in unison.

I also interjected with my own thoughts on how bands who achieved success like The Maine don’t involve themselves in the smaller creative going-ons in Arizona anymore. 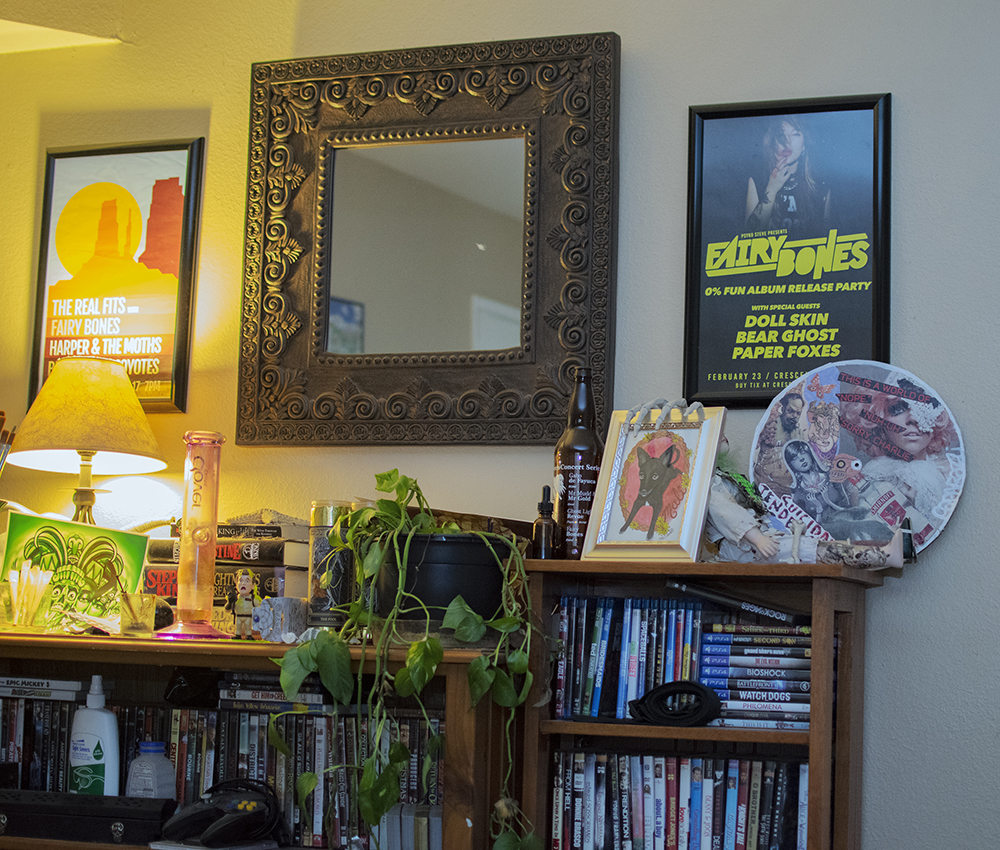 The conversation continued with small anecdotes from myself and the band on Smash Bros, the queer community, and even drag when Chelsey expressed enthusiasm in possibly collaborating with drag performers for preliminary ideas. After a few side-steps of unrelated banter and confirming my identity as a music nerd, we segued to the last portion of the “at home” interview, where I questioned them on what home truly means to them:

“I have to go take my antidepressants first, be right back,” informed Chelsey.

“Home is the people who you surround yourself with,” said Matt.

“I feel like I’ve been bouncing around from place to place my whole life and there are times when I can’t be [at certain places], said Chelsey. “The places where I’m at are never really home, it’s who I’m with.”

“That’s all you have to do,” Chelsey sardonically answered.

I had a hard time finishing this interview on the basis of how I could accurately capture each personality in Fairy Bones. While they might seem like a completely cohesive unit in it for the long-term, each member played a socially diverse role in their home-base: Chelsey projected a “free-for-all” spirit and provided much of the comic relief, while I considered Matt the “straight-man” of the group, slightly intimidating me with his dry tone and strong opinions, but retaining a sense of sarcasm. Robert projected a calm sense of direction which brought the extremes between Chelsey and Robert to the middle, while I can’t say much for the missing bassist, Ben Foos. While their home was incredibly difficult to shoot and get a proper image, it was the complete mess of ideas, decorations, and personal affects which brought it all together.

When I first stepped into their residence for this interview, I truly thought I would see some hidden side of the band which differs from their commercial appearance; it’s in my own PR work experience which prepped me for the personalities behind the promotion, especially for a band like Fairy Bones who have gained significant recognition.

I would like to inform the public that Fairy Bones is as real as the big blue sky: while they may have a part of them (to their own knowledge or not) which has a talented business role, the Fairy Bones I met in their room were the exact Fairy Bones you can catch on the local beat. Here in front of me were four individuals with a love for music and a complete lack of pretension, somehow not knowing exactly what to do the entire time, but figuring it out as they go.

Home for many is in the heart, but home for this band is in Fairy Bones.

Keep up with Fairy Bones with a like/follow on your preferred platform. 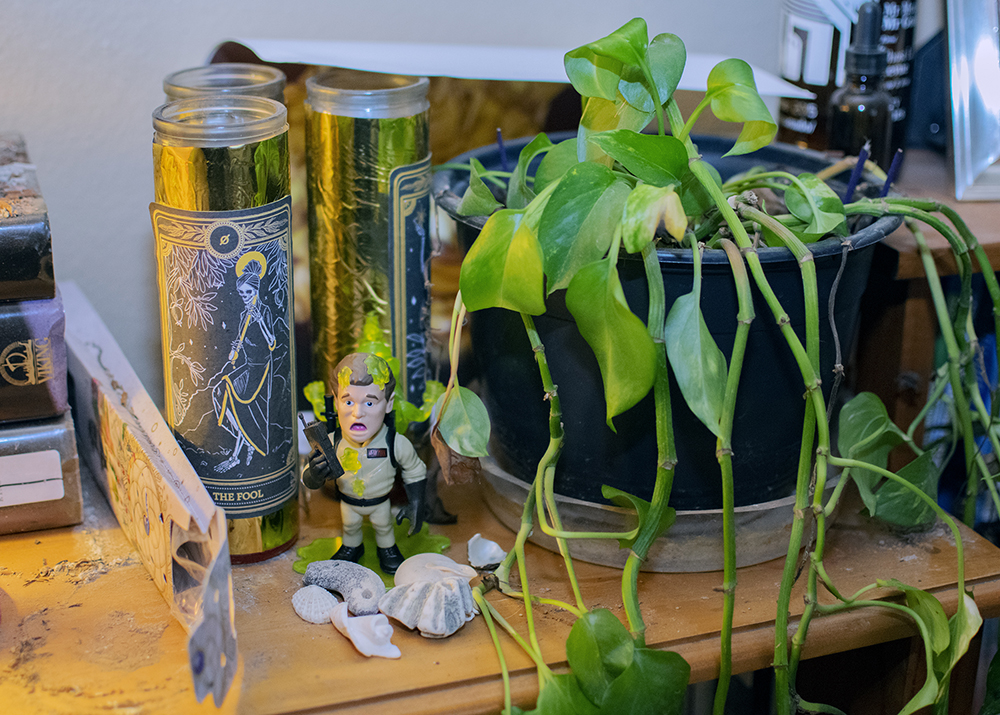