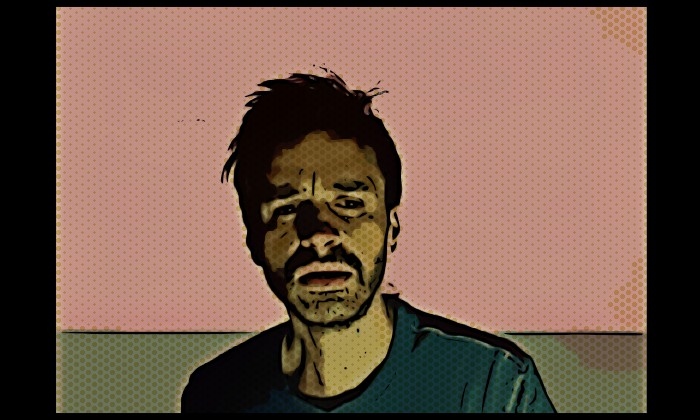 If you find overachievers irksome, I suggest skipping right on past Val Emmich. But then you’ll also be missing out on this beautiful new song. This writer, singer-songwriter, and actor from New Jersey is a New York Times bestseller and has appeared in television shows like 30 Rock, Ugly Better, and Vinyl. Now he has a new music video to boot and, of course, it’s pretty awesome. Emotionally raw, “Worry” moves in circles toward mounting panic as it explores the subject of depression and anxiety. What I like about Emmich’s “Worry” is that he’s not just talking (or singing) about the topic, he’s weaving into the very structure of the song for one complete expression. Check out the music video for “Worry” by Val Emmich and then continue on to the prolific songwriter’s expanse of musical offerings.

Sam Lynch
“Not My Body”

Songwriter Sam Lynch has had an interesting journey that now finds her making music in Vancouver [BC] and, after listening to “Not My Body” about seventeen times on repeat, I have to say, I think she found her calling. This slow and somber track carries the haunting vocals of Lynch through an intentionally sparse soundscape. The music video matches the measured pace and stark aesthetic quite well. Check out “Not My Body” by Sam Lynch. Word has it, this is just the first of more singles to come and there might even be a new album on the horizon so like/follow to stay apprised on new music from this artist.

The sultry single of summer just might be “Bad (To the Bone)” by T.R.3. This rapper/producer from the ATL has a slick NeoSoul style that perfectly pairs with steamy outdoor days passed in the cool confines of air conditioning. “Bad (To the Bone)” would lay out the perfect soundtrack for rolling around in the car as the sunsets or maybe just chillaxing under the ceiling fan during those lazy afternoon hours. Aside from the easygoing vibe, this track also boasts some sharp production beneath that carefully stripped-down sound. And the make-out energy T.R.3 gives out on “Bad (To the Bone)” is strong. You really can’t go wrong with something so right.

Olivia Reid is a student at the Clive Davis Institute of Recorded Music at NYU and a singer-songwriter who’s racked up more than 20 million streams. None too shabby for only twenty years old and none too surprising when you dive into “Norfolk Drive”, where introspective lyrics are set against a laid-back folk instrumental gracefully embellished with atmospheric synth sounds. I don’t know what I like more, Reid’s smart and subtly catchy lyrics or her arid vocal delivery. Whatever it is, I’m on the fan bandwagon now and eagerly awaiting more music from this rising talent.

Veronica Everheart
“Thank You, I Love You”

“Thank You, I Love You” is the title track from Veronica Everheart’s debut LP which came out in May. The Phoenix songwriter creates bedroom indie pop that gives you the feeling of hanging out with friends back when you could still hang out all weekend with no set plans or activities. And the music video reinforces that feeling with its gathered footage that seems like it was pulled from live shows and chill sessions with friends. Everheart created the song and video as a way of saying thanks to all her friends and that warmhearted spirit lives in soundscape as well as the message. Check out the music video from Veronica Everheart and then head over to Bandcamp for Thank You, I Love You, the complete album.