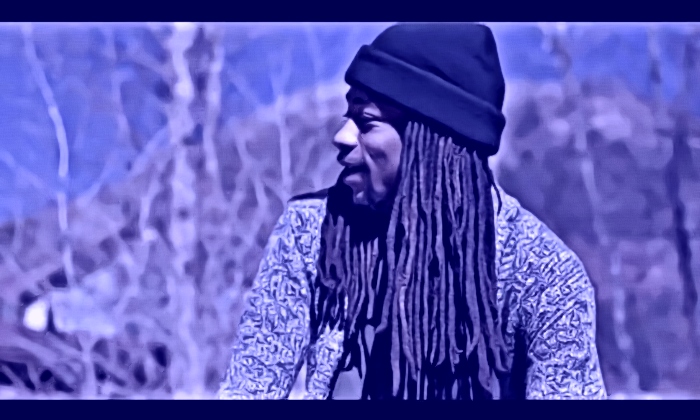 If you haven’t already heard the complete s/t LP from Injury Reserve, you are seriously missing out. The spazz rap trio (originally from PHX) has been steadily dropping releases since their 2015 Live from the Dentist Office (recorded in a dentist office). In 2017, we heard Drive It Like It’s Stolen in follow-up to 2016’s Floss. 2018 had fans suspecting something big was coming. And they were totally right. We’ve liked every single from Injury Reserve by Injury Reserve because every track on this album is fucking rad. Right now, “Gravy n’Biscuits” has our attention so we’re using this opportunity to highlight it and the album from whence it came because the now L.A.-based band is passing through AZ soon. No, they haven’t yet announced a PHX gig, but they will be stopping in Tucson while on tour as part of this year’s HOCO Fest. Give “Gravy n’Biscuits” a listen, but let this serve as a reminder to dive into the complete album.

“Water In My Lungs”

Optimystical is a 5-piece hiphop fusion act from Phoenix that caught the attention of local music lovers with their 2018 debut EP, Smile and Wave. Now the band is back with a brand new single signalling their sophomore album is lurking on the not-too-distant horizon. Optimystical takes indie jams to a whole new level through their unique infusion of styles and “Water In My Lungs” captures that easygoing vibe. Check out “Water in my Lungs” by Optimystical here or you can catch the super cool music video the band filmed in Telluride [CO] or both. And make sure to like/follow Optimystical to stay apprised of their forthcoming EP, Void Of.

The Jordan Of Rap

The Phoenix rapper who goes by the moniker The Jordan of Rap released a hefty 18-track album with Mr. I just last month. APRILS AWARD ASPIRING AUTHENTIC ART covers a lot of musical terrain (like I said, 18 tracks) but one of my personal favorites from the new album is this ode to imagination. This single gets a little wordy and a little math-y. In good ways, on both counts. The layering of vocals on “Inspiration by Imagination” almost reminds me of moments in Einstein on the Beach, but with a more contemporary nerd factor laying into the soundscape. The Jordan of Rap is doing something different and we’re so here for it.

This new single is the title track from the new EP from PHX emcee, Grim Moses. PUTRID DART, the EP, features four steady songs that provide platform for the frank lyrical style of Grim Moses which really is the standout element throughout the release. “Putrid Dart” is a stellar introduction to the EP of the same name and the lyrical prowess of Grim Moses is a great jumping off point for pondering. Check out the single here or head straight to Bandcamp to dive into the complete collection. Early favorites from the EP include this opening track and track #3: “Body VS. Spirit”.

This independent artist from South St. Pete, FL has an earnest rhyme style that rides atop a soul-inspired soundscape on his debut single, “Afraid”. Tre Butler’s debut album, What About Before?, is set for release this coming Fall, but Butler’s already causing a stir. “Afraid” reveals an artist confronted with loss and beset by challenges. Butler draws us into the personal narrative through his poignant, and personal, lyrics. Check out his music video for Tre Butler’s new single here….