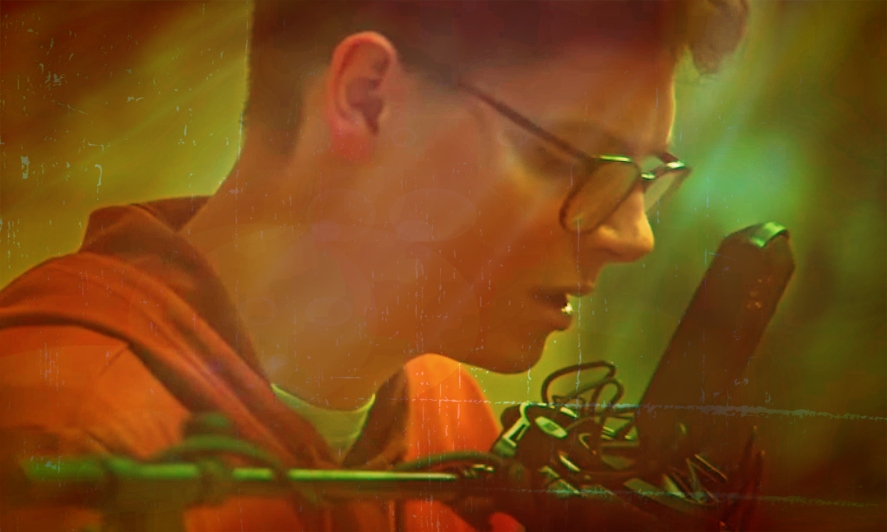 Like many other folx, I was introduced to the vocal stylings of Kevin Garrett through his work on Beyoncé’s Lemonade. Since that performance on “Pray You Catch Me”, Garrett has toured extensively and shared his modern, minimal electro-soul sound with audiences near and far. And, on this live rendition of “Smoke”, you can see exactly why Kevin Garrett’s sparse electropop is catching on like wildfire. “Smoke” is one of the early singles from Garrett’s brand new album, Hoax, which is now available everywhere. Check out this live performance of “Smoke” before you dive into the complete album from Kevin Garrett. And you definitely should do that.

There’s a vintage vibe to the synth pop style of Tim Ayre that echoes is the visual aesthetic of his new music video, “LAXX”. Ayre creates a colorful sonic landscape by layering bright synth sounds to dreamy and psychedelic ends. There’s a beachside blissfulness to the music on “LAXX” that had me mistakenly thinking this Melborne-based musician was straight out of SoCal. Relax and let Tim Ayre take you on a three-and-a-half minute psych-pop journey of colors and sounds with “LAXX”.

You might recognize some familiar desert terrain in the music video for John Cornelio’s fresh new single, “Forever”. That’s because this (about-to-be-) pop star calls PHX home. At least, until Los Angeles absconds him, like it seems to do with all our vibrant pop voices. But, right now, you have the chance to be one of the first to know of the secret talent lurking in our dusty desert because this is Cornelio’s very first single. This kid has promise. Check out “Forever” from John Cornelio!

Brooklyn’s Yeasayer just released a brand new album this month and they have all sorts of antics to celebrate the unveiling of Erotic Reruns. The band dropped this insane music video to support their self-released album and then set off on tour that includes a stop in PHX on July 1 at the Crescent Ballroom (TONIGHT) before heading off to Santa Fe to perform at Meow Wolf. The video, directed by NYC’s PandaPanther, is an acid trip of visual effects that will have you feeling like you’re inside a video game while the contagious energy of the music keeps the fun alive. Check out “Ecstatic Baby” and, for our PHX readers, consider heading over to Crescent tonight for the buoyant pop of Yeasayer (and burritos).

Mia Stegner is a 19-year-old film student at Emerson College in Boston, but when she’s not busy studying (or writing), she writes quirky indie-pop ditties. “Curse Tool Toy” examines the all too real relationship we all have with our phones these days, but it does so in a playful way that warms you slowly to the warning hidden in the lyrics. Mia Stregner has new music on the horizon so if you dig her easygoing indie-folk style make sure you Like/Follow to stay apprised.