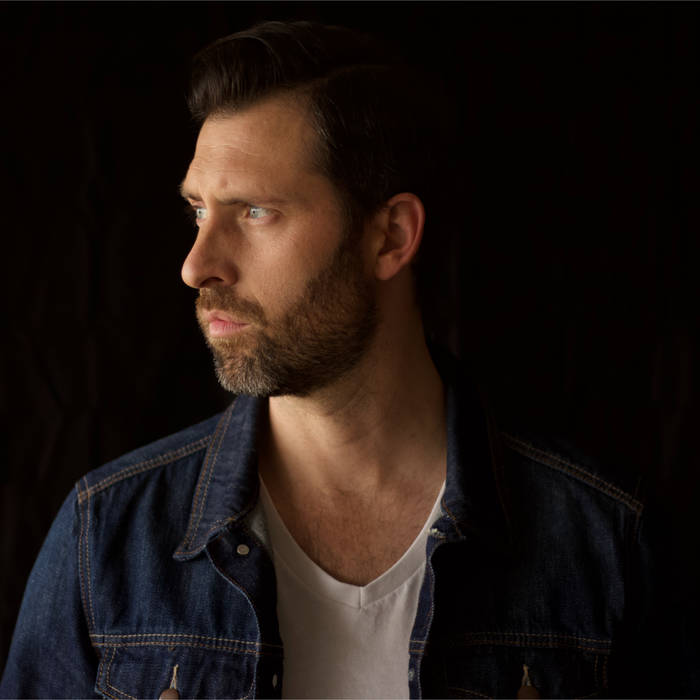 Persistence is the key.

If you don’t believe me, just ask Tucson singer-songwriter Adam Townsend whose new album, All My Fires, was roughly a decade in the making. Produced by Grammy-nominated Andrija Tokic (Alabama Shakes, Langhorne Slim, Benjamin Booker) with both indie-rock and soul overtones, All My Fires caught my ear immediately and is one my favorite Arizona albums of 2019.

There’s a certain swagger to All My Fires that seems universally appealing. While the songs on the album aren’t necessarily ground-breaking, audile experiments, pushing the grounds of music as a whole, they are simply very good songs–with production that truly brings them to life.

Opening with “Everyday”, the soulful feel of All My Fires echoes outward right away. I love the grand piano and string arrangements amongst the more standard rock instrumentation of guitars and drums. This is something you hear throughout the record and something I feel I don’t hear enough of these days. Townsend’s latest single, “Our Love Is Enough”, comes up next and introduces punching horn arrangements and Hammond organ to the mix, along with Adam’s crooning vocals – an excellent combination. And the track has a killer guitar solo too.

“Only Heaven Knows” introduces us to more of the folk side of Mr. Townsend’s indie rock. As he sings in the chorus, “Only heaven knows where my life will go/Just listen to your heart, and the rest will follow/Cause those dreams they will come true if you let them grow.” With more horns and another great guitar solo, this song changes the feel of All My Fires in a big way.

After the early favorite and only duet on the album “Hurricane”, both “Whiskey” and “My Name” bring the blues on strong– the former in a laid back, soulful way, and the latter in the form of full on rocknroll.

“Split” is easily the darkest song on All My Fires. “When the devil runs you dry/And you feel like you’re gonna die/When the water is running red/From the blood that you have bled,” decrees the narrator during the introduction.

“Honeybee” brings the horn section back in a big way before the title track of the album shifts everything to a more somber tone with its orchestral string opening. The Hammond organ returns and the swelling backup vocals make for something special here just before All My Fires closes with “The River” — an acoustic number in the indie-folk spectrum that truly makes you feel as if you’re being washed away downstream — along with your fears and inhibitions.

I wanted to find out more about Adam Townsend and his new album so I contacted him with a few questions about his songwriting process, who helped him on the creation of All My Fires, and what he has in the works coming up.

I’ver been singing basically my whole life. I’ve been playing guitar for almost 20 years, but semi-professionally for close to 12 years now. For the last 4 years though I’ve been performing very heavily in the Ol’ Pueblo. I’m a Tucson native, and lived here almost my whole life minus six years I spent in San Diego after college.

How did you hook up with Producer Andrija Tokic? About how long did it take you to make All My Fires? Multiple trips to Nashville or was it all laid down at once?

I reached out to Andrija because of his work with the Alabama Shakes, I just loved the tone and feel of their first album. His work with Langhorne Slim really stood out to me as well. He liked my songwriting and demos I sent him, and wanted to work with me. It feels like it’s taken me ten years to make this record. I started heavily writing and shaping my sound a long time ago, and had always intended on recording an album, but the timing was never right. The actual recording process was fairly quick though, about 10 days in the studio total. We laid it down over the span of about two weeks. There was a lot time in the post production process though, mixing, mastering, artwork, photography, promotion etc. From the first initial contact with Andrija, it took about 18 months until the album was released.

Any cool gear in the studio you got to use for this record?

The whole process of recording to tape was super cool. Watching the 2 inch tape reels spin and rewind while we recorded was awesome. The actual tape recorder console needed constant love and attention. We used this old 24 channel board too. I wish I would have taken notes and remembered the awesome amps, and guitars, and gear we used, but I don’t remember. Lots of fun stuff in that studio though, old funky guitars and amps that added lots of unique textures to the songs. The main mic we used on my voice was some old RCA mic from the 70’s. We got to use a Hammond organ and Leslie speaker too which was awesome.

Do you have your own band or do you play with folx regularly? Who sings with you on “Hurricane?” That’s an early stand-out fav for me. Any studio musicians you wanna shout out that took part in this album?

I have a couple bandmates in Tucson I like to play with when it’s an original show. My release concert was amazing, we had a big 7-piece band. A lot of the time I’m hired to just be background music at an event or what have you, and if that’s the case I usually perform solo.

Lindsey Lomis, this incredible up and coming 16-year old singer-songwriter in Nashville joined me on “Hurricane”. She’s going to have a bright future and is already making waves because of her voice.

My core band, who I spent the most studio time with, were so great to work with. Jon Estes was the rock of the group, he played bass and all the piano and keyboard stuff. He could play just about every instrument too. Plus he wrote the string arrangements. Jeremey Fetzer played guitar and did all the lead guitar stuff and some rhythm. Dave Racine played drums and laid down all the percussion. They we’re so ridiculously talented and fun to watch in that environment.

I really enjoy your self-description in sound as “one foot in the past, and one in the present”. Who are some of the musicians and/or artists that have inspired you? Whom do you hope to inspire with your music?

A lot of the inspirations the helped shaped this album come from older soul artists like Otis Redding, Stevie Wonder, and Aretha Franklin. In addition to other influential artists like Bob Dylan, the Beatles, and Jimi Hendrix too. I love a lot of current artists too. Artists who have shaped me and often compare my sound to are people like Ray LaMontagne, Leon Bridges, Michael Kiwanuka, Lake Street Dive, and Eric Hutchinson.

I hope the music speaks to anyone who has ever doubted their passion, I hope the songs will be an inspiration to pursue their dreams and never quit.

What was the hardest thing about making All My Fires? How about the easiest?

The hardest thing was never giving up on it. I could of easily let go of this dream many times because of some personal hurdles.

In 2011, a few weeks after I got married, my wife and I learned that her mother had come out of remission with stage IV breast cancer. As aggressive as it was, we decided to move in and spend as much time with her as she had left. We were lucky to have five more beautiful years with her. In that time, we welcomed a son, Jude, into the world. Life was a rollercoaster, and the timing just wasn’t right to pursue music more than just a hobby. I kept my dream alive by continuing to write new songs, and playing gigs around San Diego when I had the time.

After loosing my mother-in-law, the next few years seemed like a blur. We moved our family back home to Tucson, and I slowly began to carve a space for myself in the Tucson music scene and I started to piece together plans to finally turn the album from just a dream to a reality.

The easiest part was honestly being in the studio. Working with professionals like that made the whole process go super quickly.

What’s upcoming for you? Summer tour? Are you always working on new music?

There’s a slim chance I’ll go on a small west coast tour for 10 days. Most likely it would be me and anther guitar player, super stripped down. We’ll have to get that nailed down pretty soon though. I’m always writing and tinkering and hope to release more albums in future years. I’m going to release an EP in the next 6-9 months, three songs that didn’t appear on the album will be on there, as well as an acoustic version or two of songs from All My Fires, and maybe a cover song as well.