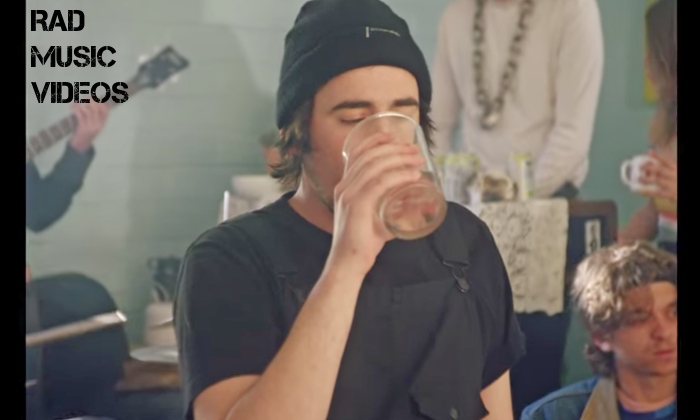 Pro Teens blurs the line between yacht rock and stoner rock with no small nod to irony, but this new song hits some somber tones as it touches upon the inherent loneliness of the human condition. The band just dropped their new cassette before heading out on tour this past weekend but they’ll be back on home turf later this summer. Until then, head over to Bandcamp to offer Pro Teens some tour assistance with your financial contributions.

We already featured this single from Lauren Ruth Ward, but I liked it so much that I couldn’t pass up the chance to sing its praise again when the music video dropped. At under two minutes, “Hungry Barber” is a sweet and simple number created in idle after hours, but the melody sticks with you. And, the music video is pretty trippy too.

“Worthy” is a song about “feeling unworthy of love,” according to Palehound songwriter Ellen Kempner. Between the gentle frailty in Kempner’s voice when she sings and the raw vulnerability of her lyrics, “Worthy” will give you all sorts of feels. This track comes to us from the band’s forthcoming LP, Black Friday, due out on June 7th through Polyvinyl Records so make sure to get a jump on that release. And the best part? Palehound will be passing through PHX to play the Crescent Ballroom on 11/1 as part of their Fall tour so mark your calendars now!

TANGLERS formed one Vancouver summer back in 2016 and, last month, they launched their debut LP, Tangled in Time, which features this single. “Tallboy” has an easygoing, slouch rock vibe that mixes “soft psych” into the band’s indie core. The lyrics have a playfulness you’ll find reflected in the music video that makes the brooding tone less than burdensome. Check out the music video for “Tallboy” by TANGLERS below then head over to their Bandcamp for the complete LP.

Nick and Matt Kwilosz are identical twins from Tucson who double as the musical duo Alien Atmosphere. Indie pop fans of the Coldplay persuasion will enjoy the, uh, atmospheric quality of the music against the emotive energy in the vocals. Both the single and the accompanying music video dive into the realm of magical realism for a moment of escapism so enjoy!

Rose Hotel makes dreamy indie rock with songwriter Jordan Reynolds at the helm of this musical entourage. Both the single “Running Behind” and its subsequent music video are wistfully sentimental and lofi in aesthetic even though the tone of the song is a bit more somber than wistful. Rose Hotel’s debut EP, I Will Only Come When It’s A Yes, came out on May 31st so it still has that fresh new album smell if you order it on Bandcamp right away (while there are still vinyl copies available), but you can check out the music video for “Running Behind” below.

From the indie rock side of the line, we have The Earps with the title track from their new album, Jackass Acres. Mixing in some Americana roots rock to achieve a barroom brand of indie, these “Cowpunk pioneers” have been playing together since 2003, but they still manage to keep things lively. Check out the music video for “Jackass Acres” and join us in the wait for the album. And, don’t worry, no puppets were harmed in the making of this video.