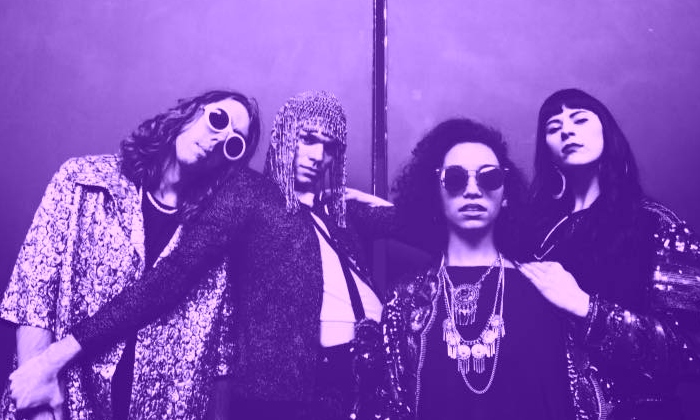 Giant In the Lighthouse

Giant In the Lighthouse, a musical duo from Lowell [MA], is getting ready for the release of their debut EP, Waving, later this month. And, in honor of that forthcoming release, the duo put out this stellar single. “Sprinting” merges delicate vocals with a wall of indie rock helmed by rolling drums.  The results are gentle yet powerful; calming but visceral. Give “Sprinting” from Giant In The Lighthouse a listen and join us in the wait for Waving which comes out on June 28.

Who doesn’t love the sullen retro-pop of PRO TEENS? Jerks, that’s who. “Anybody’s Baby” is the new single from the Phoenix band’s forthcoming LP, Twos, which is due out in August. And, basically, we already covered this song when we featured the music video (here) but PRO TEENS is quickly selling out of their new album on cassette and vinyl way before it’s set to drop so we thought we’d revisit this kickback jam and remind the band’s local fans to land the pre-order before they’re all sold out.

Eastbound Buzz is taking my tarnished love of Ryan Adams and offering refuge for my alt-country listening. A music collaborative amongst friends from rural Australia that combines Americana and alt-rock for a dusty that sounds like it emerged straight out of the US Midwest, Eastbound Buzz is now Melbourne-based and gearing up for the release of their debut EP, Opportunity Shop, later this year with this new single. Take “Secondhand” for a spin

Fans of Phantom Party (RIP) will find some familiar feels when checking out this new album from Loveteller. There’s a similar nostalgic dad rock vibe mixed into the vibrant indie sound of Loveteller; even if it doesn’t have quite the fullness of Phantom Party. The lighthearted songwriting and the classic rock guitar style gives “High Time” a summer feel perfect for poolside. If you dig “High Time” by Loveteller make sure you dive into the rest of the album, First Generation, which came out last month.

If you’re not down with the Intergalactic NeoSoul of Phoenix’s Hyperbella, you are majorly missing out. “Curiosity” comes to us from the band’s self-titled debut album which came out last month. Combining jazz and funk with some serious lounge vibes, Hyperbella creates smokey, sultry sounds on “Curiosity” while the lyrics push toward the more pensive. Check out the single from Hyperbella and then head over to Spotify to check out Hyperbella, the album, in full.