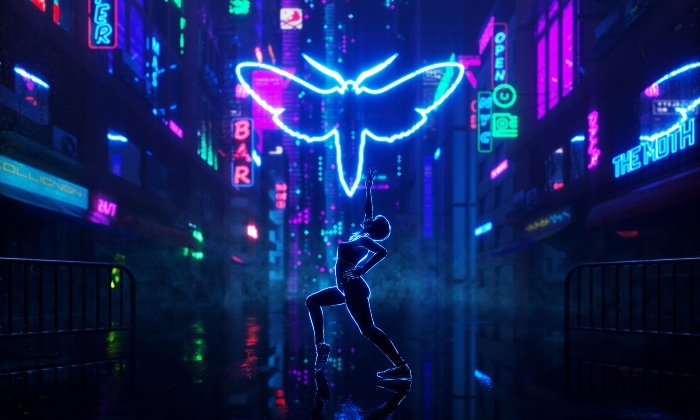 If you’re ready for some nu disco in your summer playlist, I have the band for you. Harper and the Moths brings dance club energy into their vibrant synth pop and the vocal harmonies on this new single will have you ready to join the singalong whether in your car, at a bar, or just jamming out in the privacy of your own home. Really, Harper and the Moths will have you ready to bust out your best moves whenever, or wherever, this track comes on. Consider that your warning. “Your Love” comes to us from the band’s forthcoming album, Dark Enough to Dance, due out next month! Give the single a listen below or head here to check out the 360 degree music video from Harper and the Moths.

I first heard this song on a day when I really needed a musical recharge to carry me through my day and Tribe Friday came through with their buoyant indie pop all the way from Sweden. “Sixteen Minutes” marks the most recent single from the band’s new EP which just came out in May. And, just in case the word “pop” makes you think more bubbles than bite, I’d like to take the opportunity to say Tribe Friday achieves the right mix of both. They’re effervescent without sacrificing the sass on “Sixteen Minutes”. Take Tribe Friday for a spin below or head over to their Bandcamp page to check out the complete EP.

Summertime always make me think of slouchy psych rock served up extra sweaty with extra reverb in some musician’s way-too-hot garage. Ian Ferguson does all of this on his new single, “Worried Walk”. The meandering psychedelia has a 70s vibe, but the extra fuzz gives the track a modern edge. “Worried Walk” comes to us from State Of Gold; the new album from Ferguson set to drop in July through County Fair Records. And all you folx on the flipside of the country might get a chance to catch one of the two release shows Ian Ferguson has slated for the new LP – one in Nashville and the other in NYC. Check out “Worried Walk” and stick around for “Tyrants Waltz” which is another great track from Ian Ferguson’s new album.

ROE is the musical moniker for Irish multi-instrumentalist and songwriter, Roisin Donald.  ROE describes her sound as “Grumpy Electro Pop” which is definitely something I feel I can get behind. You know, dance music for moody people. Pairing pensive lyrics with some seriously stellar electronic soundscapes, ROE creates a fresh sound for pop fans at home and abroad. And, at only 20 years old, she’s already been featured on BBC Radio and racked up more than 20,000 streams on Spotify for her last single. If that’s not a promising start in the present day, I don’t know what is.

If you like a little rockabilly mixed into your summer sounds, you have to check out this new single from The Joeys. These Scottsdale youngsters have some real rock chops to show off and “Bad Intentions” is just the vehicle to lay down some serious sass. Besides, “Bad Intentions” deals with a dangerous ex which might be a solid reminder as we head into summer to stay away from those seasonal flings or you could risk more heartbreak. Keep an eye (or ear) on The Joeys to stay apprised of new singles.