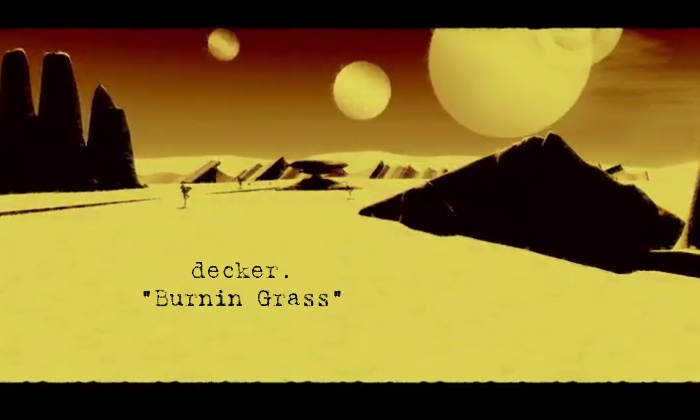 Brandon Decker and his interstate brigade of merry music makers, who perform and record under the moniker decker.,  released a collection of desert psych songs on their 2018 LP, Born To Wake Up. And, we couldn’t be more excited to premiere the music video for the single, “Burnin Grass”, which appears on that release.

The animated music video places the listener in a surreal desert landscape before the acid really kicks in and the mystical visions ensue. Check out the brand-spanking-new music video from decker. below and then continue on to read our Q&A with the songwriter himself, Brandon Decker.

Seriously, though, tell us how this year’s been treating you? You made some big changes happen. Settling into new places and all…

Well, if we’re talkin’ 2019, it has certainly been an adjustment. I vastly underestimated moving to the Bay Area immediately following a new album and US Tour. I’m learning more lessons. It’s all good though. Growth almost always comes from challenge and I’m taking it in stride and growing stronger by the day. It has been nice connecting with my Bay Area friends and getting to know the land here. I’ve been performing solo a great deal and enjoyed that challenge. It’s a new tool in the bag and wonderful when it all goes right.

The new music video provides a fun visual accompaniment to the single. Who helped you bring the video for “Burnin’ Grass” to life?

So there was this host of dudes from Sitka, Alaska living in Sedona when I moved there. Two of them were in decker. for various lengths and several tours. One actually named decker. and did all of my early album art. This was another of the cats, although I met him in New York City. His name is Woody Litman and he’s a sweet and talented guy. I wanted to do an animated video that kind of drew on the album’s themes – space, the desert, dreamy… I love how it came out.

Big plans for this weekend at Last Exit Live. Want to tell us a little bit about what’s in the works for Friday night?

This is the most meaningful decker. show ever for my money. As I mentioned to you, this is decker.’s tenth year and so much has happened in that time. I love my band. We’re seasoned in a way I never knew possible and I’m so grateful for them. I absolutely love the outfit – Amber Johnson, Andrew Bates, Meliza Jackson, Joel Knight, Chelsea Coleman (an Oakland-based friend who I’ve been making a good deal of music with) and Dante LoPresti. So we wanted to capture what the band is now.

Past that, as I kid I definitely preferred live albums to studio records. They are so real, and capture the life of the band, the energy. We had made a live record a few years back for limited release which isn’t actually available but this one is for everyone and will be released on our label, Royal Potato Family. We’ve got some great guest spots, some deep cuts, and some of the old members making an appearance.

What’s next for you? Tour plans? More music videos? Starting a spiritual retreat where people hike naked on peyote?

Naked peyote is always what’s next. I’m always kind of out there on the road but I’m also trying to be home with my son and adapting to my new spread as much as I can. But, travelling and sharing the music is such a big part of my life. We’ve definitely got some tricks up our sleeve for the year. But for now, all focus is on this show.

When can we get our hands on that new live album?

I’m thinking late summer if all goes as planned. We’ll be back in AZ for some big shows. Stay tuned. 😉 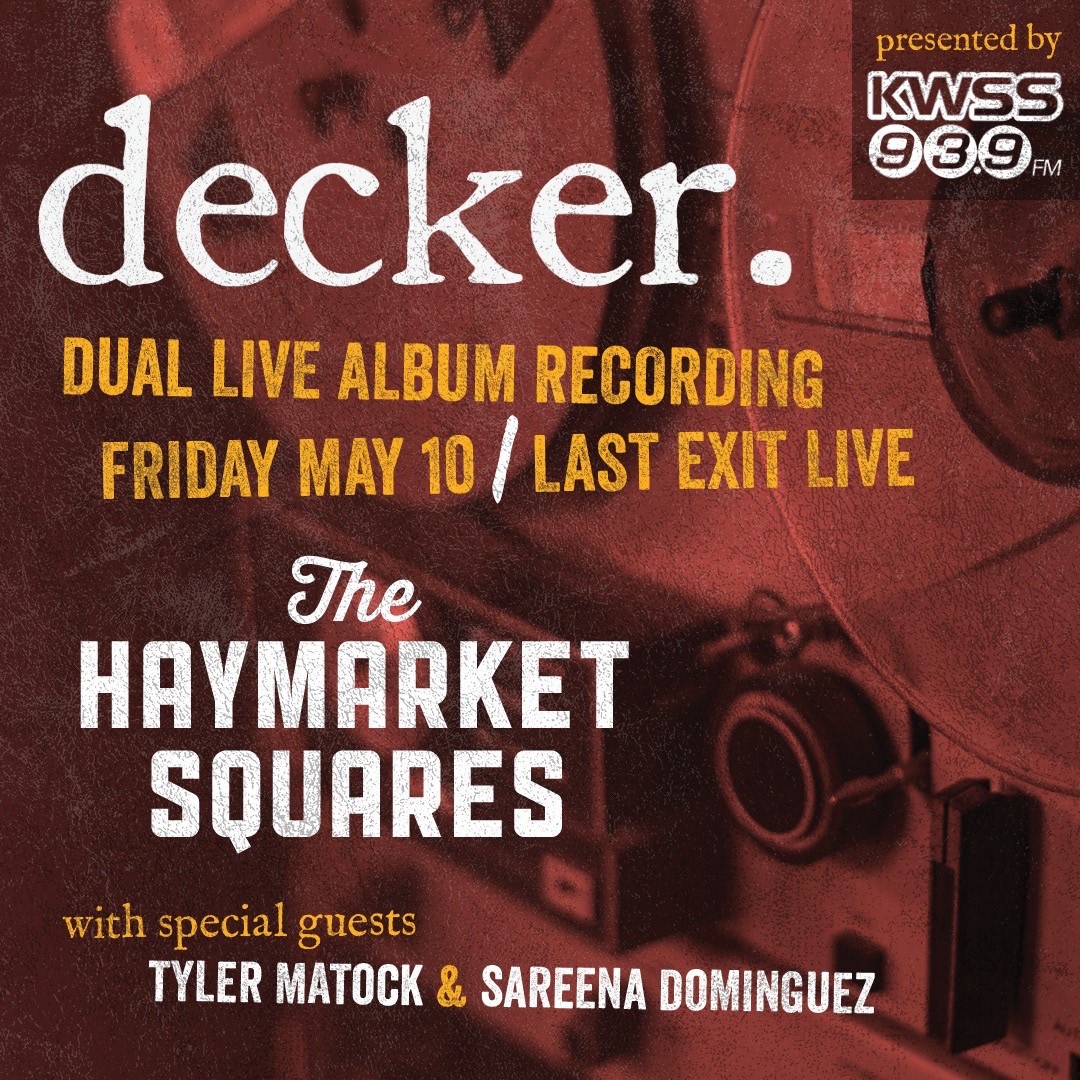