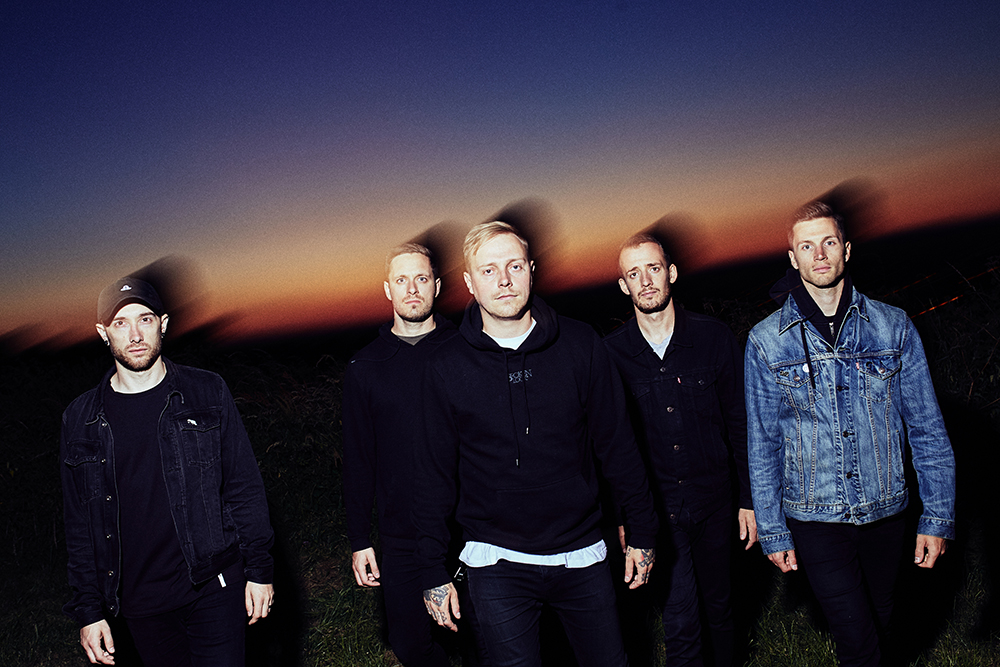 At its height, music is a monument to emotion.

You can use words to express powerful emotions, but a sentence or two can never capture the scope of a feeling. Language alone, to some degree, is always minimizing the intensity of an emotion. Music, however, can capture how big a feeling feels–it’s a large part of the reason we make it. We say to ourselves, “My feelings are so big, that they deserve more than words, they deserve a song.”

I spoke with bass player, Ali Dean, about the new album and how the band has moved forward after the death of founding member Tom Searle.

Jacob Unterreiner: You guys experienced a tragic death in the band, and now you’re doing press promoting the album, and performing the album in front of audiences. What parts of the process have been cathartic, and which parts have been uncomfortable?

Ali Dean: Performing it has mainly been the cathartic part of the process. I would say for most bands that’s kind of the fun part–the payoff–of making an album. Usually, we quite enjoy making albums together, but obviously this one was a little bit different and a lot more difficult. That was probably the uncomfortable part of the process.

There were elements of making the album which were enjoyable. Mainly, I mean, realizing we could carry on being a band was a big part of that. There was a long time when we weren’t really sure we could do anything without Tom. Once we got the ball rolling, it definitely wasn’t easy, but we certainly got a flow down within the group again which was cool.

There were some uncomfortable moments in the studio, but we knew that there would be, so it didn’t come as a shock or anything. We all took a lot away from that experience. We all understand the dynamic of the band a bit better know.

What you mentioned there about understanding the dynamics of the band better is a really interesting thing. Is there anything specific you could share about how you guys understand each other better after the making of this album?

Yeah, the two key factors of things changing were Tom not being around any more. He kind of led the band creatively, so trying to exist without him was one big part of that [band dynamics changing]. But we also had Josh [Middleton] join the band. He’s someone we’ve known for a long time, he’s always been a good friend of ours.

Learning to be able to work with him–learning to work out the rhythm of writing–was tricky. We had to work to establish boundaries, and become comfortable with criticizing things. Whenever someone new joins the fold, not just in bands, but in any kind of creative group, it takes some time to workout where the lines lay.

We’re in a very comfortable place with that now, but it took a little bit of back and forth between us to get there.

You mentioned also in your first response there was a time when it was up in the air whether the band was even going to continue. Was it a gradual realization that you could keep going? Or was there a specific moment where things clicked?

After we lost Tom, we went on tour, and after a few months of getting ourselves together. After the tour ended, Josh started writing stuff with the band–and we also had some stuff Tom had demoed before he passed away, which we knew we really wanted to use. There was a bit of a foundation in place for us to get going.

Once we fully established the writing dynamic with Josh it became apparent that we could make stuff we’re happy with. Because that was always a big factor for us, we didn’t want to just phone a record in to keep the band going. Fortunately, Holy Hell is an album we really love and are really proud of it.

When you were growing up did you always want to be a musician?

What parts of being a professional musician are better than you thought they’d be and what parts are worse?

I’ll start with the worst part.

Being away from things you’d love to be home for. As you go away more, you miss more and more. Family events and stuff like that–birthdays, partner’s birthdays. For the first few years people say, “They’re on the road doing something they love, so I’ll let it slide this time.” But then you start building up a bit of a pattern. So that’s kind of a bummer.

Earlier in our career we were struggling to make music a career. Not really having any certainty financially. Now the bands at a point where we make a living from it. That, from our experience, is the craziest thing about being a musician. We never thought we’d be able to do it as a full time job.

A couple of other good points is you get to see the world, meet all sorts of people around the world. You make lifelong friends you otherwise would not have met. You learn a lot more about the world. I mean it’s really fun.

On your Instagram you posted that you’re ran in a marathon on April 14th. Has long distance running taught you anything about music?

From my earlier days of marathon training I know a lot about Meshuggah’s back catalogue [laughs]. I used to listen to a lot of it.

There’s definitely a couple life lessons you could apply to both [music and running]. The advice I always give to people in young bands is: persevere. That comes into long distance running as well. The minute you start thinking you’re not going to finish a race, you’re in big trouble. That’s a very similar way of looking at building a band. You got to stick with it and just believe in it.

Another thing is, if your very lucky, you’re going to have to suffer a little bit. You have to give a little bit of yourself up for it. There’s a couple of parallels. They exist, for sure.