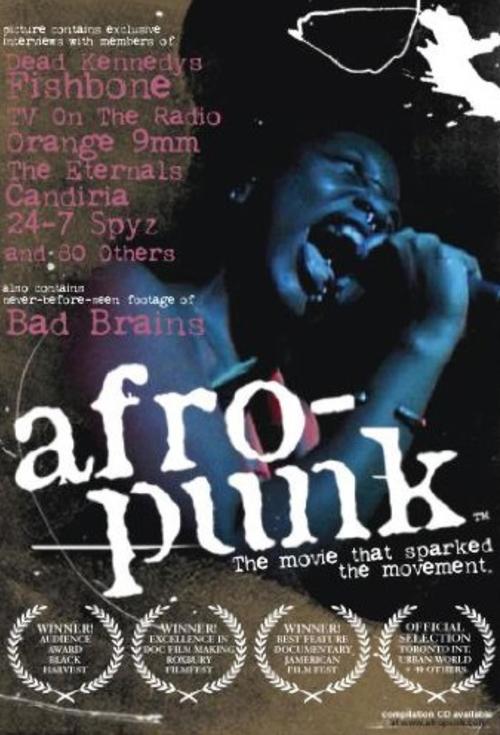 Local performance artist and entertainer Katrina Rainsong teamed up with her sister/BFF, Aliya Mack (aka  Cam Apparently), to bring a special screening event of the documentary, Afro-Punk, to Phoenix’s Filmbar. Under the moniker of Rainsong Productions, this sister-power-team started producing burlesque shows, and even a small circus, in 2017.

Just two short years later and the pair are rolling out the red carpet to make the screening of Afro-Punk at Filmbar the place to be this coming weekend. With two showings slated, viewers have their option of two potent events to accompany the film.

The 2003 documentary “explores race identity within the punk scene” by diving into the lives of four POC punk rockers to better understand the struggles that can arise for these individuals within the predominantly white punk scene.

When asked about the impetus for hosting this event in Phoenix, Rainsong said, “Arizona gets a bad rep for being, well frankly, hateful. Fellowship and a sharing of stories is necessary to overcome that. Afro-Punk tells a very special story, one that we both strongly identified with as two (very differently presenting) women of color that both found ourselves feeling like misfits as Punks and as POCs. Black culture, often our women and femmes, are treated as a monolith. Even in the last few years, we’ve had more public opportunities to embrace our beautiful and diverse heritage but these spaces aren’t always as intersectional as they could be. If you’re Punk, if your LGBTQ+ , if you’re a nerd… the representation both within and without our community is limited. We want to let others alternative POCs know ‘We’re here, we’ve always been here. You are not alone.'”

Before the viewing on Friday (5/3), Rainsong and Mack have planned a Phoenix star-studded salon experience, hosted by Andy Warpigs and featuring the musical stylings of Dadadoh.  The fun doesn’t stop there, however. Burlesque dancers, spoken word, and live painting will all be going down in the impromptu Afro-Punk salon that night.

On Sunday, a second screening is slated and, this time, Afro-Punk director James Spooner will be on hand for a panel discussion following the documentary about “what it means to be a minority within a minority culture.” Michael Cornelius of JFA/Father Figures and Rev. Dr. Sakena-Young Skaggs will be joining Spooner for the panel discussion as well.

To purchase tickets to the screening of James Spooner’s Afro-Punk this weekend, head to Filmbar’s website.