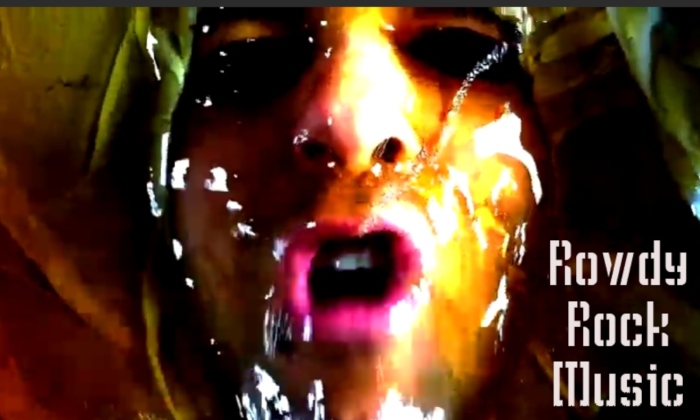 Assembly Of Arsonists
“What Lies in Ashes”

Travis James and the Assembly Of Arsonists returns to fuel your nightmares, existential and otherwise, with this new music video for “What Lies in Ashes”. Best part? This is just the first single from the Assembly Of Arsonists’ forthcoming release, The End Is Dear, which is due out later this month. If you’re not down with the operatic circus punk of AoA, I just don’t have any interest in knowing what you’re down with. True story. Get that pre-order in on Bandcamp.

THUMPER
“In My Room”

This “noise-pop sextet” from Dublin will hit you with a wall of guitar sounds on their new single, “In My Room”.  THUMPER unleashes a lot of gritty garage rock energy and I’m here for it. There’s something ineffably cool about this band. I don’t know if it’s the vocal angst or the extended instrumentals, but “In My Room” makes for some rowdy good times.

Maybe you know Gaby Kaos from her musical mainstay, The Venomous Pinks, but she’s got a brand new single to share with fans both new and old. “Don’t Believe” marks the first track from Gaby’s solo project, but you can still hear that high energy punk rawk sound that marked her earlier endeavors. Enjoy “Don’t Believe” from Gaby Kaos and don’t fly into a panic that she’s no longer playing with the Pinks. She is. This is just a little something on the side for those of us who need extra rowdy in our lives.

Annapurna
“Good Back & Forth”

For all those emo/screamo scenesters and metalcore kids of the ’00s are growing up and chilling out, Annapurna is here to offer you solace for all your no-good-new-music woes. Just like the music video suggests, “Good Back & Forth” feels like friends casually rocking out together, maybe even by a campfire. That is, until you begin to untangle the rich harmonies and odd time signatures that add subtle complexity to the Annapurna sound. There’s something earthy and yet a little bit edgy in the music of Annapurna.

Behind the Façade
“I Don’t Wanna Die (in Ohio)”

This alt-pop-punk act from NYC has faced the dangers of touring and one thing they know for certain is that they don’t want to die in some rando AirBnB… like that one the band shared in Ohio where all the locks where on the outside of the doors. Here we have the origin of this super catchy pop-punk gem. Behind the Façade confronts the unfortunate stranger-danger element of living in the 21st Century, but in a fun way.

There will always be a place in my musical library for some industrial-infused rock and, right now, Ben Basic is filling that slot rather nicely with his new single, “Dust”. This new single will hit home with all you unrecovered NIN fans, like me. The accompanying music video is like a minimalist horror movie so I’d say the aesthetic is well-matched. Ben Basic worked with make-up artist Erica Angius and director Robin Moore to bring the video for “Dust” to life.

If you’ve been wrestling with some inner demons, Interfate is here to help. Of course, it might not be the help you’re seeking because they will straight up push you toward that dark lurking inside you. This Phoenix nu-metal act will definitely have you contemplating joining forces with your demonic tendencies so consider this your warning before you embark “Into the Hate” with Interfate.