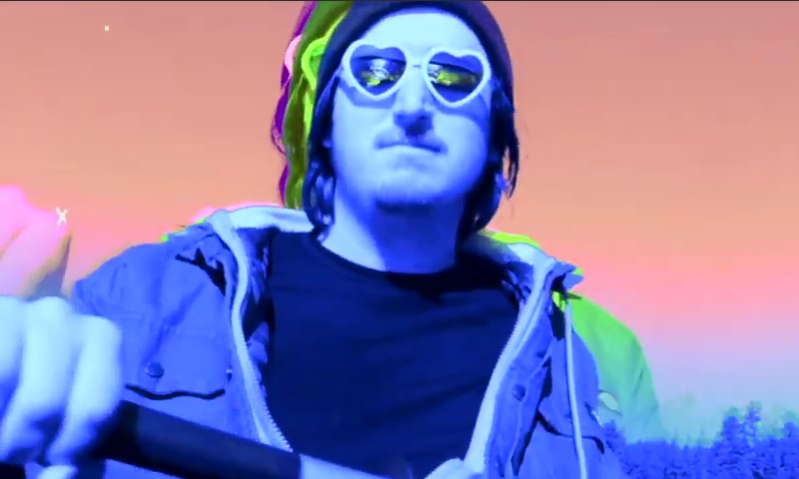 The NorCal band known as Joe Kaplow has hit a couple out of the park with us, including this new single, “OK & TX”. The energy is backyard kickback but the delivery is stunning. Raw yet elegant harmonies meet honest an earthy lyricism in a way that will make you realize the lack of spit-shine is intentional. “OK & TX” comes to us from the band’s forthcoming album, Time Spent In Between. Get into the “transcendental trailer park” sound of Joe Kaplow here…

MARBL
“You’re On My Mind”

MARBL spent the last few years touring the EU and penning tracks for her new EP. From that release, “You’re On My Mind” comes to us. Drenched in a warm sentimentality that I find increasingly welcome as the weather warms and my spirit thaws. This really is a track to listen to while lying on a luxurious upholstered chaise lounge on a lazy afternoon and idly remembering old love affairs. Good job (whoever made this video) on capturing that sentiment.

Joe Connor Little is a London-based singer-songwriter that deserves your attention and his debut single, “Ordinary”, is here to prove that. Little draws a lot of musical inspiration from film scores which echoes in the pacing of this song. “Ordinary” moves at a slow and somber pace with just enough luster in the dark to compel you forward… and then to make you want to listen again.  The luster, of course, comes from Little’s emotionally moving vocal delivery and vulnerable lyrics.

Sci-Fi Romance
“The War in Me”

This alt-folk band from Los Angeles hits all the marks with me with their new single, “The War in Me”. Pensive, understated, a little dark, and a little Western.  Sci-Fi Romance definitely has a new fan in me. And, it looks like I’m a little late to the game, but that’s okay because it means I have four studio albums from the band’s oeuvre to delve into now that I’ve been brought into the fold.

We covered the release of this single when it first came out [see here], but the brand new video from Juniper Ridge means we get to revisit and we definitely want to revisit. There’s almost a 90s nostalgia present in Juniper Ridge’s lofi indie sound that’s well matched to the visual effects we find in the video, but it’s a whole new generation finding that sunbleached summer sound in their garages all on their own because I know for a fact that the songwriter here was barely even alive for part of the 90s. And, bonus, Juniper Ridge just released a brand new EP on Spotify in partnership with Pelvic Thrust so make sure you check that out.

Prepared to be wowed by a teenager trapped in a box. Yep, emerging singer-songwriter John-Robert has a voice that will make you stop and take notice. In fact, his limber and emotive vocal delivery is so moving it will totally distract you from the fact that he’s just stuck in a glass box for the entirety of this music video. This kid from Edinburg, VA captives with “Adeline” so listen/like/follow.

Ugh, these dark folk ballads are just giving me all the right feels this week. Is it too soon to call it a Gothic revival? Should I hold out so as not to jinx it? Experimental and lofi, “Three Thousand Miles” sounds dusty… and a little eerie. Fans of the song should head over to Bandcamp where you can listen to (and purchase) the two-track single Kinter released last month which also includes a stellar cover of Gershwin’s often covered song, “Summertime”.