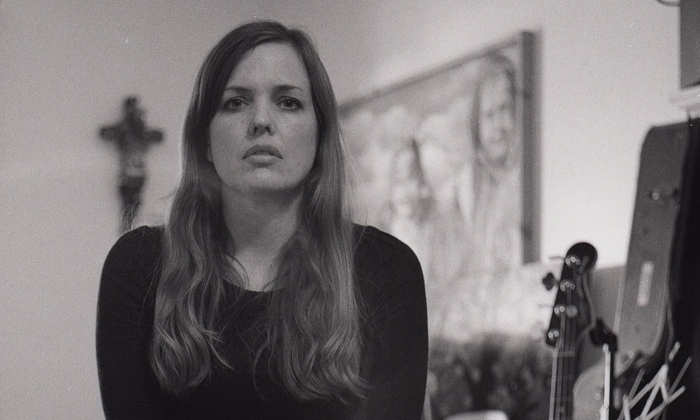 “Time Waits for No One”

Phoenix songwriter Lonna Kelley released a single on vinyl through Moone Records this month and “Time Waits for No One” is the B-side from that release. This doleful number carries a weighted sense of loss and not quite the ethereal strangeness of “Will I See You Again”, the first single from the 7″, but resonates with beauty nevertheless. Check out “Time Waits for No One” and make sure to circle around to “Will I See You Again”. Better yet, land the new Lonna Kelley 7″ from Moone Records while you still can.

Ugh, I love this song. Kyle Meadows manages to hit a stride somewhere between Sufjan Stevens and Elliott Smith that is undeniably enchanting. “10 Toes” comes to us from Meadows’ fourth album, Full Time Fever, which came out at the end of April. Currently based in Pennsylvania, Kyle Meadows finds that mix of hope and sorrow on “10 Toes” that always makes me worry a wellness check is in order. Or maybe it’s just his aural resemblance to the aforementioned Elliott Smith that brings such things to mind. Either way, I’m going to keep hoping that Kyle Meadows’ hopes outweigh his sorrows.

“Life Could be so Simple”

Anthony Lazaro is an Italian singer-songwriter currently residing in Hamburg, Germany and writing dreamy lullabies for summer afternoons in English. “Life Could be so Simple” is an easy-going promise of pervasive calm that will take your stress levels down a few notches. And the stripped down approach to the instrumental side will leave you feeling mellow and unencumbered as you drift along to Lazaro’s vocals.

“Strange Forms” comes to us from a new album of the same name from Eau Claire’s Shane Leonard. For those not in the know, Eau Claire is in Wisconsin. Leonard’s songwriting, much like his performance, resonates with refreshing clarity and offers poignant observations within a calm but cheery indie-folk atmosphere. Give “Strange Forms” a listen below and then like/follow Shane Leonard to get updates about the album, Strange Forms, due out on May 31st.

SoCal songwriter Mara Connor teamed up with Langhorne Slim for a stunning duet on her new single, “Someone New”. Honestly, I’m surprised an L.A.-born artist can really capture the American Heartland sound quite so well, but Connor manages to do just that with her easygoing Americana. Mara Connor is definitely a songwriter on the rise.