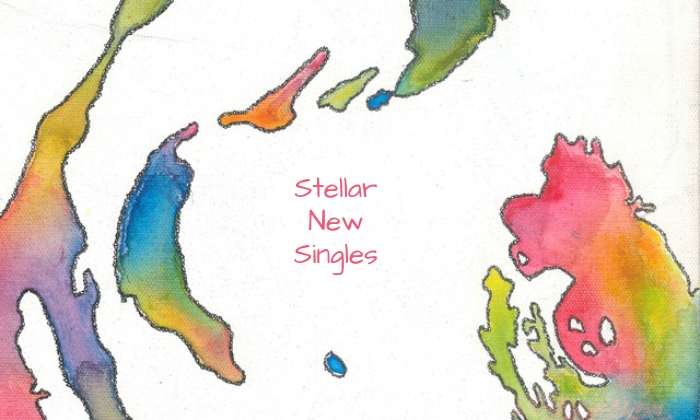 If you’re struggling to get your mellow on, I suggest a few rounds of “Mo Nothin” by Wes Chiller. The OC, surf-tinged, indie rock will help you zen out while the nihilistic-leaning lyrics will have you feeling that disaffected cool you get with Courtney Barnett or Kurt Vile. I expect this track will be getting more than its fair share of Spotify plays from me this summer.

Moontrax is a Tucson band that seems pretty new to the scene. At least, this appears to be their very first single and, frankly, I need more. “XYSee” offers up ambient indie pop that feels chill and a little bit aloof, like, in a cool way. This single is a promising start for the Tucson trio so make sure you like/listen/follow and maybe we’ll be able to entice Moontrax into making the drive up to PHX to play some shows for us.

This super rad songwriter comes to us from the Isle of Wight [UK], but if you didn’t know that going in, you’d probably swear Lauran Hibberd was a SoCal creation. Her sunbleached vocals and garage guitars remind me of 90s grrrrl rockers like Juliana Hatfield, but Hibberd has her own thing going on “Hoochie” that makes me want to hit play again… and again. Catch the infectious feels of “Hoochie” from Lauran Hibberd.

Summertime isn’t all about poolside indie pop. We can’t forget about those slinky, steamy summer nights. And, thankfully, Whiskey Kiss is here to remind us of romances that start afterhours, in smoke-filled rooms and dingy bars. “Echoes” is the sultry follow-up to the Phoenix band’s 2016 release, Retro. Revamped., and one can only hope this means there’s another Whiskey Kiss album lurking in the not too distant future…

Every summer playlist needs something a little dreamy and atmospheric for this listless afternoons and “Turn” by SoCal songwriter, Sam Valdez, is here to fulfill that requirement. Valdez’s ethereal voice rises above the shoegaze fuzz to achieve a haunting, but calming, sound. If you haven’t yet heard of L.A.’s Sam Valdez, I suggest you delve into her musical offerings, especially for you Lana Del Rey fans, starting with “Turn” below.