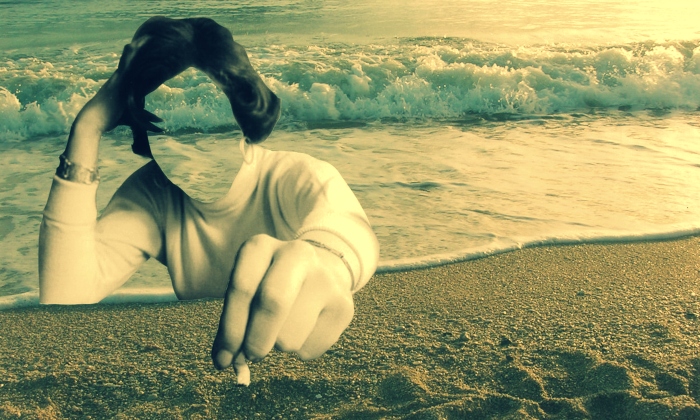 When the Girls Are Gone

I’ve long been a fan of Scorpion vs. Tarantula so I was super excited to see a brand new album pop up this month from the Phoenix punk outfit. Turns out, all that pent up feminist rage that can be felt pulsating from L. Hotshot during live SvT performances finds expression on this new album, When the Girls Are Gone, which came out May 1st. When the Girls Are Gone is the fifth LP the band has released since they formed a little more than a decade ago. “Female Agitator” kicks off the new album and sets a tone of righteous babe rage early on that doesn’t let up until the very end.

I don’t even know if I can play favorites on this album. Between exploring the divide between love and violence on “Every Kiss a War” and calling out that person in the scene on “One of Us Has Got to Go”, there are a lot of special moments for me on When the Girls Are Gone.

The album really should be taken as a whole… in one cathartic purging of all that modern day misanthropy… preferably on a day some dude told you to smile. Of course, I’ve said it before and I’ll say it again, the best way to experience Scorpion vs. Tarantula is live, so get out to a SvT show ASAP. Like/follow/listen/love Scorpion vs. Tarantula, as I do.

Boredom can really be an existential bitch. Maybe that’s why the fellas of US Depressed keep so busy. This trio of punk rockers are all in other musical projects as their mainstay and only moonlight with each other as US Depressed and, in doing so, have formed a PHX supergroup that includes members of JJCnV, French Girls, and Skink. The band just released their sophomore LP, Bored Again, in follow up to 2016’s Enjoy Your Poodle. And, in the three years between the two albums, it sure seems like US Depressed has achieved a whole new level of cohesion as a unit.

Whereas Poodle sounds like the meeting place for different sounds, Bored Again is the melting pot that brings the three sad bastards behind US Depressed together into a unique and unified sonic sphere. “MT Pockets” starts off the album with a slight sulk that sits on the surface of their antipathetic angst. “These Bummer Days” continues to mix up the fun and the fury for a post-punk good time. “Fishing” presents a subtle shift in sound, but that US Depressed feel supersedes… which is that added cohesion I was just talking about. From start to finish, Bored Again stands as one of my favorite punk releases of the year, with “Gave Up” and “Bar Rag” as highlight tracks for me. But you’ll definitely want to listen to this album in full. Start to finish. Do it.

These weird punk rockers from Tempe dropped their first 3-track release just last December and now they’re back and ready to amp you up with a new 4-track EP which dropped in April. Round 2: Fight kicks off with “Green” and I can’t really tell if it’s about feeling new to something or being really high. Once you make your way through the extended guitar intro, you’ll find two vocalists share duties for Audrey Heartburn over a super fun, if not slightly chaotic, mix of surf punk and psych rock.

Next up, “Nothin’ At All” cranks the punk energy and throws in some horns for good measure by Danny Torgersen. The vintage-styled “U Get What U Get” is a personal favorite from Round 2: Fight with its fun mashup of old and new styles, but my favorite favorite track comes after. Yes, the ironically titled, “Tame”, closes out the EP with a slow-burning number that turns into a real banger, complete with strange vocal layers and weird time signatures. Basically, everything you could want from trippy prog punk.

The Freeze just released their first new album since 1999 and, let me tell you, it’s pretty fucking rad. Calling All Creatures has a proto-pop-punk sound that has me feeling all kinds of 90s nostalgia… even though the band actually formed back in 1978. The lyrics on this 12-track album, however, present a very present-tense view of our current dystopia – no flying robot cyborgs needed to amp up the fear factor. Calling All Creatures is currently available online, but you can score the physical release later this month (on May 24th) thanks to Slope Records. As far as shows on the horizon, you’re a bit out of luck in PHX as the band is making a couple European tour stops this summer, but we’ll hopefully see some local gigs once the band is back in the States again.